Cancer Has a Sweet Tooth

In 1931, the Nobel Prize in Medicine was awarded to a German scientist, Otto Warburg, Ph.D. He discovered that cancer cells have a fundamentally different energy metabolism compared to healthy cells; most cancer cells exhibit anaerobic glycolysis, the breakdown of glucose in the absence of oxygen, with lactic acid as a byproduct. This is an inefficient pathway for the production of energy, resulting in only two units of energy (ATP), 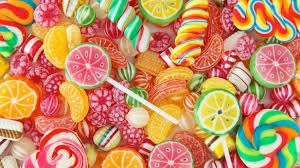 compared to 38 units of energy produced by aerobic (meaning with oxygen) metabolism in normal human cells. Hence, the quest of cancer treatment via nutrition is to control blood glucose in a narrow range of 60 to 90 mg/dL, thereby starving the cancer cells. When blood glucose levels are not controlled, the tumor cells grow aggressively, utilizing glucose derived not just from ingested sources such as carbohydrates (sugars and starches), and stored glucose (glycogen), but also derived from muscle tissues in a pathway known as gluconeogenesis (making sugar from amino acids). This accounts for the low energy levels and wasting seen in many cancer patients.

This leads to a simple concept: sugar feeds cancer. In laboratory studies this concept has demonstrated longer survival, and sometimes cures, in animals fed a diet designed to control blood glucose levels, as compared to control animals with no glucose control. In humans, studies show similar results, favorable with low levels of blood glucose, and unfavorable in patients having higher levels of blood glucose. Interestingly, one of the most sensitive tests for the detection of cancer is the PET (position emission tomography) scan. PET scans use labeled glucose to detect sugar-hungry tumor cells, and thus can plot the effectiveness of cancer treatment. 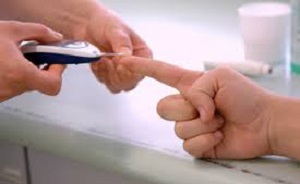 The role of glucose in the growth and metastasis of cancer cells is irrefutable. Control of blood glucose levels can improve results in nearly all cancer therapies. The goal then becomes how to control glucose blood levels. Several of the tests named in Dr. Mikirova’s article, OBESITY and the RISK of CANCER, relate directly to glucose control. These tests include blood levels of glucose. The American Diabetes Association standards for blood glucose are: normal less than 110mg/dL, impaired 110 to 126 mg/ dL, and diabetic greater than 126 mg/dL. Fasting blood glucose testing, plus Hemoglobin A1C testing, can give an accurate picture of current and average levels of blood glucose. Additional tests include measurement of blood insulin levels. Steps to lower blood glucose and insulin levels center on diet, with control of sugar consumption and maintenance of glucose control through the utilization of the glycemic index values of all sugars and starches before ingestion. Exercise should also be a part of glucose and insulin control. The Paleolithic diet of our ancestors is estimated to have maintained blood glucose levels between 60 and 90 mg/dL. Beyond diet, there are several medications, foods and supplements which can help maintain the desired 60 to 90mg/dL levels of blood glucose.

Four Factors that Determine Your Level of Health

Posted on December 2, 2016 Dr. Charles Hinshaw Insulin Resistance. If your diet is high in sugar and low fiber carbohydrates, it is likely that you have insulin ...
VIEW BLOG ARTICLE

Methylation for Beginners: Why Nutrient Levels Need to Be Tested