The War Against Nutritional Medicine: Why We Love Our Critics 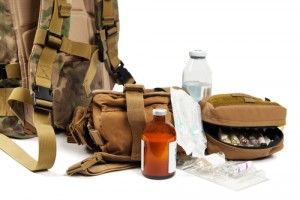 (OMNS, Jan 23, 2012) When physicians criticized Linus Pauling for advocating vitamin C, Dr. Pauling wrote a book that became an all-time nutritional bestseller: Vitamin C and the Common Cold. It won the Phi Beta Kappa Award in Science. Then, after he and colleagues demonstrated that vitamin C fights cancer, he was attacked again. When medical orthodoxy prevented him from publishing timely rebuttals in their pharma-funded journals, Pauling wrote more books. When critics go after the Gerson nutritional therapy, Charlotte Gerson writes another book. She will turn 90 on March 24. The more efforts to silence, the more education gets out.

When psychiatric journals refused to publish Abram Hoffer’s controlled studies showing that niacin cured many forms of mental illness, Dr. Hoffer started his own Journal of Orthomolecular Medicine. When scientific journals refused to publish studies questioning water fluoridation, the journal Fluoride was started to get the research in print. Someday, you might actually be able to find these journals at the US National Library of Medicine/Medline. But don’t hold your breath. NLM, your taxpayer-supported “largest medical library on earth,” censors your access to journals it does not like. Worldwide, as well as in the United States of America, most people feel that such behavior from a public library is reprehensible. If you are among these who do, you can write to NLM’s Medline boss and tell him so. They will not let you write to committee members, who make their decisions in closed meetings.

Every time pharmaphilic opponents of nutritional medicine try to monopolize the news media, the Orthomolecular Medicine News service publishes another press release or two, directly to the public. OMNS articles are all over the internet, and there have been 120 different releases, all free of charge and without advertising. http://orthomolecular.org/resources/omns/ Thank you for your continued interest and support.

Not everyone likes this newsfeed. Most of the media ignore it. Not surprising. Perhaps they think that no one is searching the internet for a second opinion, and that people only read and believe what they, the major magazines and newspapers, select as fit to print. Maybe the TV networks have forgotten about YouTube, and websites where there is a growing presence of free-access orthomolecular video.

And as for Wikipedia, if you want to read what cliques of amateurs have need to say about subjects that do or do not fit their belief systems, be our guest. I taught for the State University of New York for nine years, and I never met a single faculty member that would pay the slightest heed to a Wikipedia reference. They know better. You know better. That is why OMNS goes directly to academics, researchers, and physicians for information and commentary. Many years ago, my father taught me that when you want to know, “Go to the organ grinder, not the monkey.”

As you read this, the medical monopoly is melting like an iceberg in the Panama Canal. Nutritional medicine is catching on worldwide. Original case reports and research papers of Dr. Max Gerson are, this minute, being translated from German into English for the first time ever. They will be published for free access online this year. No longer will cancer organizations get away with rhetoric such as, “If the Gerson approach worked, there would be evidence that demonstrates it.” Well, it does, and there are. If your doctor does not know this, teach him or her to click a mouse button.

We love piquing the medical industry. We are grateful for our critics. We love it when they respond, because we just go ahead and issue yet another OMNS release showing how nutritional therapy is proven safe and effective. When they don’t respond, we will keep provoking them until they do. For example, let them explain these:

We are not going to rest with that. If you are multilingual and interested in volunteering to translate OMNS releases into other languages, please write in and let us know. You can pick the release http://orthomolecular.org/resources/omns/ and you can pick the language.

Vitamin and nutrient therapy is safer and more effective than drug therapy. Let’s get this message out to every person, everywhere, in every language.

Source:
This article was written by the Orthomolecular Medicine News Service. You can subscribe to their content here.