Food Sensitivities, Intolerances, and Allergies: So- Which one is it? 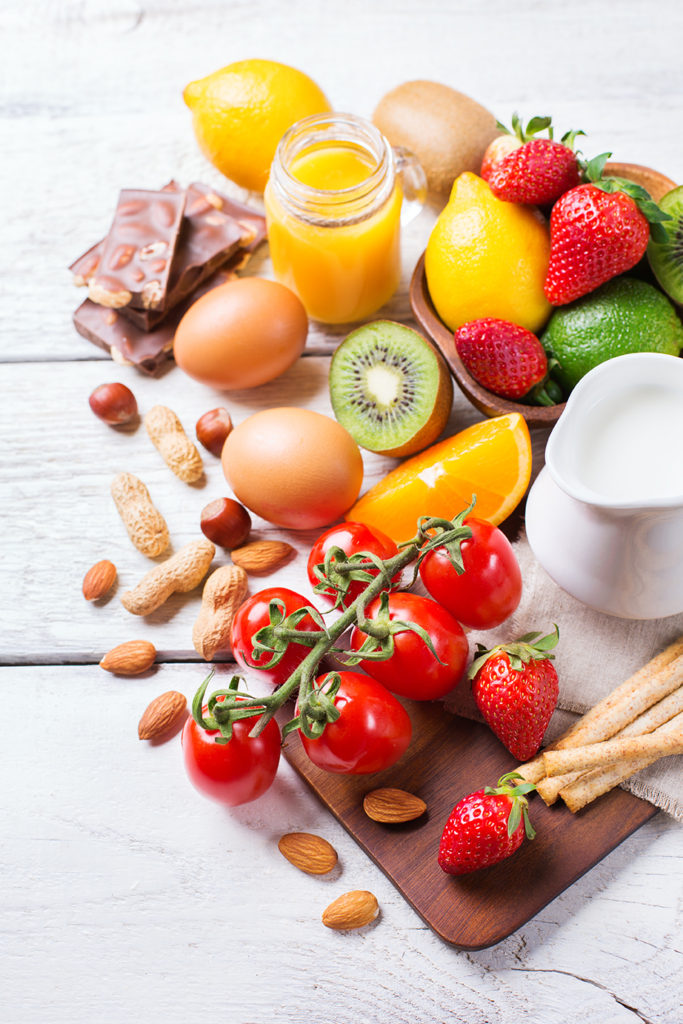 We hear these phrases more and more each year, but as the media exacerbates the true definition of food allergies, we are beginning to lose site of what an allergy really is, and what it means to an individual.

First and foremost, there are three classifications of food “allergies”. A true Allergy to a food is when exposure to a food triggers a harmful immune response in the body. The immune system attacks the proteins within the food, thinking it is being harmed. From this, we experience symptoms ranging from mild (such as a rash or an itch) to more severe reactions such as difficulty breathing.

A food sensitivity is often a combination of a mild allergy, and perhaps some digestion issues. We often see food sensitivities increase when foods are combined. For example, you may have an asymptomatic food sensitivity to tomatoes, gluten, and dairy, but when you combine all three (i.e. pizza) you may notice symptoms.

In contrast, a food intolerance is a symptomatic response to a food that is usually caused by a digestive issue, such as not producing enough of a certain enzyme to properly break down a food. The symptoms may be like that of a food allergy but does not create an immune response that be seen under a microscope. Food sensitivities are a milder version of a food intolerance, and generally show more mild symptoms. They may also appear non-existent when the foods are ingested in small amounts.

Food sensitivities and allergies are quite easy to diagnose. Allergies can be diagnosed by exposing a person’s blood to a food and watching for a reaction under a microscope or via enzyme- or fluorescence-linked immunosorbent assays. Laboratory companies will then rate the response to each food on a scale, that typically is equivalent to severity of symptoms.
There are four main forms of food testing (though others may exist): IgG, IgE, and IgA, and cytotoxic (cellular). Immunoglobulins (Ig) are antibodies that fight off foreign invaders in the body, such as viruses, bacteria, and in this case, foods our body may be allergic to. Immunoglobulin G is the most common antibody found in the blood and other bodily fluids and is often used when screening for food allergies. Immunoglobulin A are found in the respiratory and digestive tracts and can be used to screen for food allergies. Immunoglobulin E exist in the blood stream on a consistent basis and are found in more concentrated amounts when fighting an allergen. These are most used via allergists and referred to as a “Prick Test” and are also used for environmental allergies such as cats, dogs, grass, and pollen.

Foods that do not show up on an allergy test may be the result of a digestive issue instead, and therefore we can perform lab tests to see what bacteria are living in the gut, what digestive enzymes are being (or not being) released, enzyme concentrations, pH levels, and other important markers may be imbalanced, collectively referred to as gut dysbiosis or exocrine pancreatic insufficiency. Gut Dysbiosis, an imbalance in gut bacteria. Exocrine pancreatic insufficiency, meaning a lack of enzyme production. Both can be primary conditions that can cause a multitude of secondary conditions, including high blood pressure, insulin resistance, vitamin deficiencies, and brain fog.

Your doctor may recommend that you re-screen for allergies after 6 months of treatment. This is because as the body’s inflammatory response decreases overall, the reaction to certain foods may also increase. Think of it this way, a co-worker may be even more irritating to you on a day that you are already in a bad mood, than when you are in a good mood. We often see some of the less severe food allergies (lower on the severity ratings previously mentioned) decrease into negligible ranges after 6 months of successful treatment.

Conversely, some individuals may indeed not be allergic to the food itself but may be allergic to the chemicals used on the food processing. This is extremely common when screening for gluten, the primary reacting agent in wheat. When individuals test results come back inconclusive, the next step is to begin eliminating toxic exposures such as glyphosate and other pesticides and herbicides.

There are many options for treating food allergies. At the Riordan Clinic, we recommend an elimination diet where foods are completely removed from the diet for a period of time, and slowly one by one a food may be reintroduced, carefully watching for symptoms of allergies or sensitivities. If a symptom appears, the food is eliminated again, and is typically avoided for a determined period before trying to reintroduce once again.

Rebalancing gut dysbiosis typically involves prebiotics and probiotics (healthy gut bacteria, and the food they need for energy), as well as vitamins you may be deficient in. It may also include a dietary modification such as the Auto-Immune Protocol (AIP), an anti-inflammatory diet, or even a gut cleanse.

50 million Americans experience allergies each year1. They are the 6th leading cause of chronic illness in the U.S., and cost nearly $25 billion each year2. With these statistics rapidly increasing each year, we are seeing significantly higher quantities in food allergy testing, and thus, have more case studies to base our success rate on. While a food allergy in an adult may not simply “disappear”, the symptoms and imbalances within the body caused by this allergy often do with successful dietary modifications.

For existing patients, we will schedule an appointment for a blood draw with our nurses and call you for an in-person appointment with one of our providers after your results are back.

This appointment will include going over your results and creating a plan of action for addressing your symptoms, including dietary modifications, supplements (if needed), and additional testing (if needed).