Glyphosate: Does It Provide a Pathway to Modern Disease? 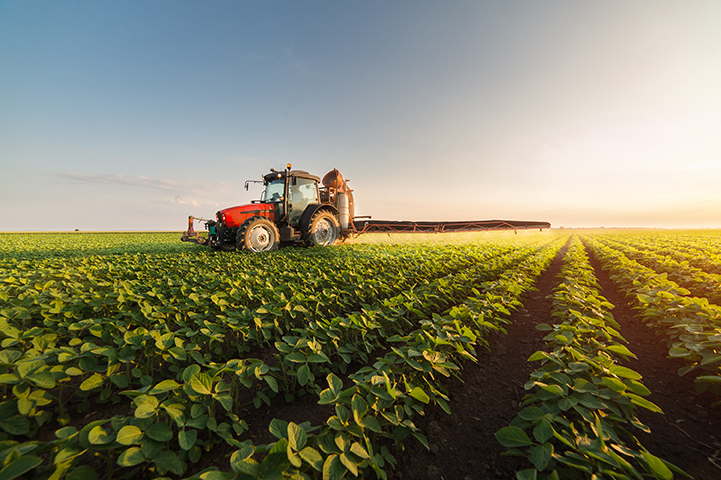 This is a review of “Glyphosate, Pathways to Modern Diseases IV: Cancer and Related Pathologies,” by Anthony Samsel and Stephanie Seneff at Deerfield NH and MIT, respectively.

Glyphosate, more commonly known as Roundup, is a general, broad spectrum herbicide. In the mid-1970s, it was used in a limited scope prior to planting or post-harvest to kill weeds and other undesirable plants growing in fields, lawns, decorative gardens, and orchards. Due to its broad spectrum herbicidal action, it could be used for little else because it killed not only weeds but also crops. It was also discovered in Scotland in the 1980s that glyphosate applied typically to grain crops late in the growing season, just as they began to ripen, could speed up the death of the plants and make whole fields ripen together allowing earlier harvest.

Moving forward another decade, the 1990s saw the advent of the first Roundup Ready crops. These were genetically modified organisms (GMOs) that were made to be resistant to glyphosate. This meant that these crops (corn, wheat, and soy) could be planted and then glyphosate could be applied to control weeds and undesirable plants without disrupting the growth of these Roundup Ready crops because they were resistant to the action of glyphosate.

As such the use of glyphosate has grown significantly since its first introduction in 1974 and is easily one of the most widely used herbicides in North America and in other parts of the world. Glyphosate does its job by blocking the critical shikimate pathway. This pathway is responsible for the biosynthesis of folates and aromatic amino acids (phenylalanine, tyrosine, and tryptophan). This pathway is not present in humans and many other higher life forms that cannot synthesize these compounds and must acquire them from food. However, in plants, bacteria, fungi and other organisms, this is an important pathway. Blocking it will kill the organism. So how does this affect humans? If one looks at the amino acid set, it can have a profound impact. These amino acids are required from our food. However, our gut has a huge microbiome, which we are now learning provides us with many things including these necessary amino acids and folate. While they may not be the only source, they are a source we have relied on.

Now that we have a little background on glyphosate, how it works, and know that it is used extensively, let’s dig in more to what the article is telling us. Monsanto, the company responsible for the development of glyphosate, spent years researching this product to bring it to market as an herbicide. To that end, glyphosate does exactly what it was meant to do, kill vegetation. However, the article shows that in presenting its case to accept glyphosate as a safe and effective herbicide, Monsanto deceived or obfuscated their data for reviewers at the EPA. To accomplish this, they often added historical controls to their control population data. These historical controls might be from controls done on previous experiments and even experiments that were not theirs or related to the experiments they were doing. This is not always bad assuming enough is known about each historical experiment to make true correlations between the individual sets of data.

However, in Monsanto’s studies, the individual experiments showed that there was statistical evidence that glyphosate was unsafe. The historical controls were from studies with previous data that showed incidents similar problems to those of the glyphosate-treated animals. This meant that that controls from the study plus historical controls used to compare to glyphosate-treated animals, showed little or no incidents of problem. In addition, when data on the historical controls was analyzed, it was found that 9 out of 13 feeds used in controls were in fact contaminated with glyphosate. Thus the “spontaneous” diseases found in those historical controls may well have been caused by hazardous chemicals already present in the feed. When rat chow was analyzed independently, significant glyphosate and a common metabolite of glyphosate were found in three distinct rat chow formulations, which have a base of corn, soy, and wheat. So while Glyphosate was approved by the EPA for use. In fact even with information provided to the EPA Approval Committee for glyphosate the approval of glyphosate was not unanimous, there were those who signed the document DO NOT CONCUR.

So what did the individual studies reveal in the animal (primarily rats) studies when the historical controls were removed and only comparison to the experimental controls was used?

While there is compelling evidence don’t take my word for it, read the article yourself and draw your own conclusion. The authors certainly covered a large body of evidence that does not look 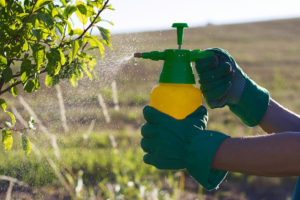 favorably on glyphosate. For the benefits it may generate in the field growing crops, it certainly appears that the evidence supports it playing a role in the increasing incidents of a variety of degenerative diseases including cancer in both animals and humans through various mechanisms.

Paul Taylor got his BA in biochemistry and BS in microbiology from Kansas State University with an emphasis in genetics, immunology, organic chemistry, inorganic chemistry, analytical chemistry and biochemistry. He began working at Riordan Clinic in July 1994 for the RECNAC project as a research scientist, primarily accessing nutrients and vitamins particularly vitamin C on their effect on tumor and normal cells lines. He remains an invaluable part of the Riordan Clinic staff as his role has transitioned to Information Services in addition to his time devoted to research. He is still involved in research through data analytics for monitoring trends and improving protocols at Riordan Clinic.