New Thinking About the Brain: How to Decrease Your Chances of Neurodegeneration 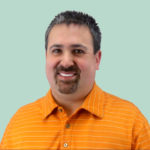 The fear of growing old just got a whole lot tougher for many heading into retirement age. The prevalence of dementia among older generations carries questions about the risk not only to our physical, but also to our cognitive well-being in later life. More people live in fear of the development of dementia than the development of cancer. The fear of dementia occurs in two-thirds of people over fifty, while just one out of every ten fears cancer. These fears can surface whenever we can’t find our keys or recall a name. It is common and understandable to feel this way, especially if we see the effects of dementia and Alzheimer’s in family members. The truth is, we can improve our mental state and prognosis right now! Our brains were built to adapt, not decay.

The brain’s ability to adapt – neuroplasticity.

The ability of the brain to be adapting continually to its environment is a concept called neuroplasticity. As infants, we were born with all of the brain cells (called neurons) that we are ever going to need in our lifetime. What gives us the ability to learn is when those neurons make connections with other neurons. (Each one can have anywhere from 4,000 to 10,000 connections with other neurons!) What’s fascinating is that we will form approximately 90% of all the connections in our brain that we will develop over our lifetime by the age of 5 (before kids even start school!). The reason so many connections are made early in life is because the majority of the connections in the brain are devoted to our movement patterns. This is evident by looking at the changes in motor control of an infant for the first 5 years.

Another interesting fact about the brain is that the brain organizes upward. This means that babies are born with basic brainstem connections. As they start to learn to control their muscles and move intentionally, the connections move from the brainstem up to the subcortical areas (mainly the cerebellum and basal ganglia) and then up into the cortex. The cortex is also where we have our higher learning centers in the brain. The reason this is significant is because how you move your body influences how your brain learns and makes connections. It’s no coincidence that as soon as a toddler gets comfortable with balancing and walking, that’s when his/her language and reasoning start to appear. This is because they are strengthening the connections in their cortex through more complex movements.

When we look at the root cause of neurodegeneration, at a basic level, it is the brain losing those connections that we’ve worked to develop over our lifetime. The weaker certain pathways become in the brain, the harder certain skills become. Where traditional medicine fails us is that it waits to diagnose until the brain has significantly deteriorated and some of these pathways are beyond repair. What if we could identify those weaknesses earlier and strengthen the corresponding pathways? We always have the ability to make new connections. Dementia may be neurodegenerative, but we can control the speed of the onset and the severity of symptoms.

What can we do to slow the process of neurodegeneration?

Anyone can take some small steps with lifestyle choices to improve cognitive health. It may not seem important right now, but these small steps could have an impact on future neurodegeneration. These recommendations are some we have all heard before; however, in the context of neurological health, the importance of each recommendation is significantly strengthened. These small steps could both slow the process of losing connections and help you strengthen the connections you already have. 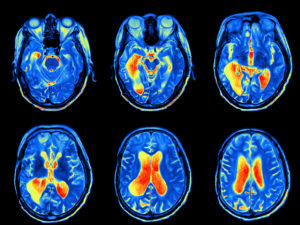 First, we need to take control of substance abuse. This includes excessive drinking and smoking. Smoking leads to shrinking of the brain. There is also a 35% increased risk of stroke, which has its own significant neurological implications. As for alcohol, excessive drinking kills brain cells. Cut down your intake to a minimum each week, which means no binge drinking.

Increase the frequency and variety of your physical activity. Studies show that regular exercise slows down cognitive decline. We all need to stay active at any age. Research shows two approaches that can really help. The first is brisk movement for 30 minutes, such as a good morning walk. The second is to do something slow with gentle and varied patterns of movement, such as Thai Chi or yoga.  Both of these types of exercise are important and are most effective when used in an alternating fashion.

Increasing your mental activity is also important for brain health. Engage the brain in all sorts of hobbies and studies to keep it active and build stronger connections. Some may do so by reading a little more or testing the brain with more puzzles. Creative types can engage with arts and crafts. It also helps to learn a new skill, like an instrument or language.

Get a good night’s sleep. We should all be aiming for 8 hours. This long sleep allows the brain down time to repair and reconstruct. It repairs connections, troubleshoots problems, and forms new memories. It is important to stop and give the brain the time to do this. Signs of poor sleep include chronic fatigue, memory issues, agitation, and lack of concentration.

Finally, we all need to improve our diets. Quit the standard American diet (SAD). This SAD approach to food has strong links to many health conditions such as heart disease, diabetes, and obesity. There are additional concerns over the link between Alzheimer’s and dysregulated blood sugar, which result in chronic inflammation in the brain. Work on a new, healthy diet with better food choices. Also try to monitor blood sugar levels and spikes.

Proactive solutions for those dealing with early symptoms of cognitive decline.

The advice previously discussed is a good basis for those who are otherwise healthy and keen to make changes before major neurological issues emerge. What about those at the tipping point of memory loss and cognitive degeneration? This general information may seem overly simplified. This is when it could help to talk to a functional neurologist. These specialists possess detailed knowledge about the pathways in the brain and its response to specific movement and environmental stimuli, and can specifically isolate areas of weakness in the brain.

The brain processes information from external sources to form a clear picture of a current situation and environment. Much of this relies on input to our sensory systems: visual stimuli, signals from our inner ear, and proprioception (signals from our muscles and joints). Ideally, these responses should all knit together into a clear understanding of the present moment. However, this isn’t always the case for those with neurological problems. The brain can fail to process information correctly, which creates an unrealistic viewpoint. The problem with this is that the brain trusts its sources and assumes that everything is real. This conflict causes issues in the real world with inappropriate responses to stimuli. Functional neurologists can tell the difference and with the right approach help find solutions.

The first approach is to challenge the brain with some physical tests. As we discussed previously, how an individual is able to move their physical body is a strong reflection of brain health. Inability to balance or move correctly indicates functional weaknesses in the brain. One of the most common tests we do is to have the patient stand on one leg for 20 seconds. Inability to do this may have less to do with balance and leg strength, and more to do with neurological dysfunction. This test is used as an important signifier of microscopic brain damage. Performance during key mental exercises is also an important indicator for a comprehensive approach for rehabilitation. Those who have specific, neurological weaknesses with certain tasks or areas of memory may see improvements when given a treatment plan specific to those weaknesses. 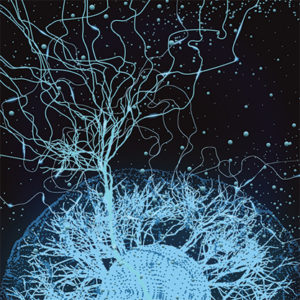 This isn’t a cure, especially when patients are at the early stages of Alzheimer’s or other neurodegenerative disorders. However, treatment and progress monitoring can reduce the trajectory of that curve into illness. The last thing that we want is a steep decline from healthy cognitive function into debilitating dementia and limited cognitive function. Where possible, it is best to delay progression into the illness as long as possible. Prevention is always a better option. Starting to care for your brain early in life will reduce your risk of cognitive decline.

This solution is also viable for those with other cognitive issues. There are proven benefits of functional neurology for those with balance issues, chronic pain, headaches, other neurodegenerative conditions, and childhood neurodevelopment. The treatment of many of these conditions is all about slowing a degenerative process. Here there is the chance to correct problems and make a more lasting difference to a patient’s health. These changes are possible because of neuroplasticity. This adaptability means the there is always a chance to help and reverse negative changes in the brain. It is never too late to make some type of improvement, no matter the severity of the condition.

There is much potential here for anyone struggling with cognitive issues and worrying about future diagnosis. Cognitive decline could be a part of your future, but that doesn’t mean you can’t take steps to treat it now. Nothing about the state of the brain is permanent. We need to embrace the neuroplasticity of this incredible organ and work to improve issues while we can. Individual methods with activity levels, sleep, diet and drug use are a good starting point. A visit with a functional neurologist could then allow for the breakthrough that patients seek.

Sean Hubbard is the only a few board-certified chiropractic neurologist in the state of Kansas.  Dr. Hubbard is owner and clinician of Hubbard Chiropractic and Balance Center, LLC located in Wichita, KS.  Dr. Hubbard uses a functional neurological approach to treat many neurologic conditions from performance enhancement to debilitating problems such as post-concussion syndrome, dizziness and POTS (postural orthostatic tachycardia syndrome).  Many of the patients that he attends to have varying reasons and disease that are preventing them from functioning at their peak performance.  He can be reached at 316.613.2011 or by email at sean@hubbardcc.com.