While nobody would deny that the mouth is a part of the body, it is nevertheless most notable how few physicians and dentists routinely consider their connections to each other’s domain in the practice of their professions. Not only are they connected, they are connected at the hip. A mouth-disease connection of significance is a common situation, not a rare one. Rather than virtually never being considered as affecting one another, the interplay between the mouth and the rest of the body should mandate that the evaluation of such a connection be at the top of the list of considerations when either the physician or the dentist sees a patient for the first time. 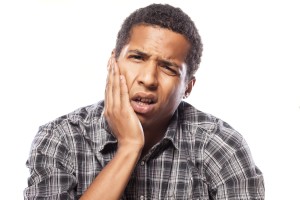 Specifically, chronic dental infections cause more substantial disease and early death than any other singular condition. By definition, dental infections occur in confined, oxygen-starved microenvironments, a situation that makes many otherwise harmless bacteria and assorted pathogens become exceptionally toxic. The work of Dr. Hal Huggins and Dr. Boyd Haley nearly 20 years ago confirmed the exceptional work that Dr. Weston Price performed almost a century ago. Their results established that deep-seated dental infections produce enormously potent toxins, some of which are many-fold more toxic than even botulinum toxin when tested on their ability to inhibit critical human enzymes involved in energy production. Mind you, botulinum toxin is still considered by mainstream medicine to be the most toxic substance ever identified. And as impressive as the work of Huggins, Haley, and Price is, it has yet to be completely accepted and properly assimilated into the practices of medicine and dentistry to the great degree that is warranted.

The dental and medical literature has already established that periodontal (gum) disease, which basically translates to a chronic anaerobic (oxygen-starved) infection in the gums, is strongly correlated to heart disease and myocardial infarction. And even though it seems to be pretty straightforward that such chronic infection should now be considered a cause of heart attacks, that conclusion somehow remains to be reached. The importance of maintaining healthy gums is rarely addressed by any physician treating his heart patient; the dentist rarely tells his gum disease patients to see their heart doctors.

The king of chronic dental infections, however, is the root canal-treated tooth. Such a tooth is always infected, and it is always producing highly potent toxins due to the effects of the anaerobic environment on the trapped pathogens inside the tooth. 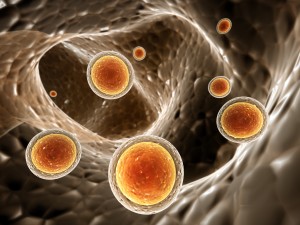 Infection is assured inside each and every root canal-treated tooth because the degree to which the procedure is deemed a success depends on how completely the vital pulp inside the tooth is removed. When one realizes that the immune system must have a network of blood vessels, nerves, and connective tissue to reach infecting pathogens, it becomes readily apparent that a “successful” root canal treatment evacuating the pulp assures that such access can never again occur after the procedure. The bacteria inside the tooth and its very tiny dentinal tubules remain “safe” from the immune system, free to multiply and produce their toxins.

Not only does the root canal-treated tooth continually harbor pathogens and produce toxins, it also affords a nearly-perfect mechanism for the unabated deliverance of these agents throughout the body, 24/7. Even though the pulp and blood supply have been removed from the inside of the tooth, the interface of the root tips into the jawbone remains intact. As such, whenever any tooth clenching or chewing takes place, the very high pressures generated by this tooth-to-tooth contact assures the release of these pathogens and toxins directly into the venous system and the draining lymphatics of the jawbone. Literally, the natural design of the root canal-treated tooth is very analogous to a container of toxins and infectious agents being injected into the jawbone, as with a syringe, every time chewing takes place. Furthermore, these small molecule toxins can also easily diffuse through the root surface without the need to chew.
It was the work of Drs. Huggins and Haley that proved definitively that 100% of root canal-treated teeth are infected and toxic. That is to say, greater than 5,000 consecutively extracted root canal-treated teeth from individuals across the country were all found to have the highly potent toxins mentioned above. A few normal, non root canal-treated teeth extracted for orthodontic purposes did not have these toxins. The toxin presence was only found inside root canal-treated teeth.

Only recently has the medical and dental literature produced the “smoking gun” evidence to clearly demonstrate a cause-and-effect relationship between root canals and infected gums with disease, specifically heart disease. At first, it was just demonstrated that there was a statistical correlation between individuals with one or more root canal-treated teeth and heart disease. More root canals, more heart disease. However, in 2013 a group of exceptionally insightful researchers in Finland decided to analyze the blood clots that were aspirated out of the acutely blocked coronary arteries in individuals presenting the myocardial infarctions (heart attacks). Using quantitative polymerase chain reaction (PCR) testing, they were able to detect the DNA found in typical root canal and periodontal disease pathogens in a very high concentration inside these blood clots. When compared to control arterial blood specimens in those same patients, a 16-fold higher concentration of this DNA was found in the blood clots causing the heart attacks. To a scientific and logical mind, there is no other reasonable conclusion than that the release of the pathogens and toxins from the root canal-treated teeth and/or infected gums directly caused the blood clots to form. Similar DNA profiles of oral pathogens had already been found to be commonly present in the atherosclerotic lesions, or narrowings, in the coronary arteries that are the sites of the acute blood clots causing sudden occlusions resulting in heart attacks. 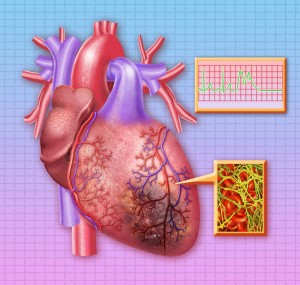 Do all root canal-treated teeth lead to heart attacks? Of course not. Biological diversity, variations in body toxin load, immune system capacity and strength, and antioxidant/nutrient status all play important roles in determining whether an individual is overwhelmed by a pathogen and its related toxins. But do most heart attack patients have root canals and/or chronic gum disease? Absolutely, overwhelmingly so.

The same researchers examining the heart attack blood clots also found elevated levels of the same root canal/periodontal pathogen DNA in the ruptured intracranial aneurysms of patients with subarachnoid hemorrhages, strongly indicting such dental infections as being at least one primary cause of such major events. They further extended their analyses to looking at the small amounts of pericardial fluid normally surrounding the hearts from a series of autopsies, finding the same oral infection-related DNA in patients who had coronary artery disease when they died. Furthermore, they find that the more advanced the coronary heart disease, the higher the concentrations of the pathogen DNA.

Heart disease remains the number one cause of death in the United States and in most other developed countries around the world. Even today, when a patient presents to a cardiologist, internist, or family practitioner with a heart attack only rarely does the physician even question whether root canals, gum disease, or both are present.

In fact, heart disease is now recognized by mainstream cardiology to always begin with an inflammation of the inner lining of the coronary arteries. For some reason, however, there has been little questioning or research into why this inflammation ever develops in the first place. The answer is simple: it comes from pathogens seeded from remote sites, typically from the mouth. Bacteria have long been identified in the coronary arteries of patients with atherosclerosis, but no researcher has peeled off another layer of the proverbial onion to seriously ask where these bacteria have been coming from all along.

The studies cited above not only show the direct cause-and-effect relationship between these dental infections and heart attack, they also showed that such dental infections are the cause of heart attacks greater than 90% of the time. Sometimes chronically infected tonsils or constipated, infected GI tracts can be the culprit. But much too often, after the usual suspects (risk factors) have been evaluated and found not to be present (or not very prominent) in a given cardiac patient, the physician just concludes the patient had “bad luck.” And while that physician might never utter such words, that is exactly what is going on inside his/her head. The standard cardiac risk factors are certainly important, but they are of primary concern in growing the blockages, not in being the reason that they are initiated in the first place. The arterial wall pathogens precede everything else in the evolution of atherosclerosis. 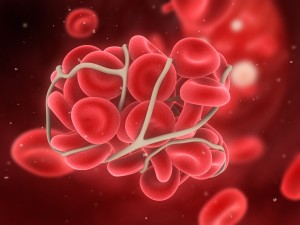 Just as the physician needs to always evaluate the mouth before considering the workup and treatment plan to be complete, the dentist needs to play a prominent role in preventive medicine as well. The research cited is solid science. All medical procedures, which include highly invasive procedures such as root canals, must include a complete informed consent to the patient. A patient being “offered” a root canal procedure needs to know all the options, and that patient needs to know that having a root canal has been shown to be associated with an increased incidence of heart disease. No physician or dentist can ethically do any type of surgery on a patient and not inform that patient of all potential complications, along with their likelihood of occurring.

While the link between dental infections and heart disease has long been known, it is only relatively recently that the cause-and-effect nature of the link has been identified. As such, all physicians taking care of coronary heart disease patients should become very familiar with this information. Leaving root canals and chronic gum disease unaddressed while letting a 55 year-old breadwinner for a large family drop dead or become incapacitated by a large heart attack is simply no longer acceptable. The mouth and the body are strongly connected, and one should never be evaluated or treated in any fashion without an appropriate evaluation of the other.