Not All Salt Is Created Equal

Co-learners at Riordan Clinic have heard our practitioners recommend many times to eliminate white, processed foods from their diets such as white baked goods, white rice, and white pasta. Add refined white salt to that list. Modern table salt has very little in common with natural, unrefined salt. One is health damaging, and the other is healing.

Processed table salt is 97.5% sodium chloride with the remaining 2.5% being man-made chemicals added as anti-clumping or flowing agents, often containing aluminum derivatives. It also undergoes a refining process where it is heated to 1200 degrees Fahrenheit, which alters its natural chemical structure and the trace minerals are destroyed.

This is the salt used in studies regarding high sodium consumption. Eating too much processed salt will cause fluid to accumulate in your tissues, which may contribute to cellulite, arthritis, gout, kidney and gall bladder stones, and hypertension. However, moderate use of the right salt can actually be very beneficial for your health. 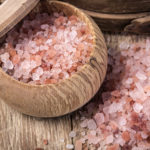 Pink Himalayan Salt (also referred to as Himalayan sea salt, rock salt, or crystal salt) is said to be the most beneficial and the cleanest salt available. Pink Himalayan salt is 84% sodium chloride with the remaining 16% being made up of naturally-occurring trace minerals including silicon, phosphorous, vanadium, calcium, magnesium, potassium, copper, iron and iodine. Unrefined salt with these trace minerals is needed for healthy bones, fluid balance, pH balance, reducing muscle cramps, promoting blood sugar health, supporting adrenal and thyroid gland function, normalizing blood pressure, and eliminating toxins. Its color variations (pink, white, or red) are indicative of its mineral content. The salt comes from mines 5000 feet deep below the Himalayan Mountain Range in Pakistan. It is pure, having spent thousands of years maturing under extreme tectonic pressure, far away from impurities, so it isn’t polluted with heavy metals and industrial toxins. It is hand-mined, hand-washed, and minimally processed. 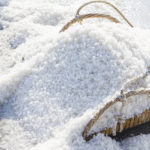 By now most people are familiar with Sea Salt, which obviously comes from the ocean and undergoes an evaporation process to separate the salt from the water. It is less refined than table salt and comes in fine and coarse varieties. Unfortunately, whereas ancient seas were clean, they are now polluted with micro-plastics and chemicals. Therefore make sure your sea salt comes from an uncontaminated source. Redmond sea salt is harvested without refinement in Redmond, Utah and contains trace minerals but no added chemicals. Dead Sea salt is higher in bromide and not recommended for oral intake but has beneficial topical uses. 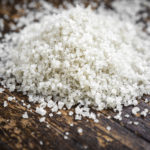 Grey Salt is often called Celtic Sea Salt. It is colored by the natural clay from where it is harvested in France. It is rich in minerals and has many of the same properties as pink salt. It contains a bit of water, making it a moister consistency. It can be more expensive due to the labor costs of hand-raking to harvest the salt. 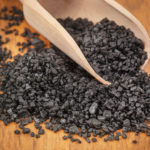 Black Lava Salt is unrefined from volcanic sources in Hawaii. Its black color is due to its content of activated charcoal which is great for digestion and removing toxins. Black salt from India, kala namak, turns pink once it is ground. It is high in sulfur and thought to be beneficial for digestion. 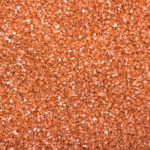 Red Hawaiian Salt gets its color from the volcanic Hawaiian clay called alaea. It is very high in essential trace minerals and iron. 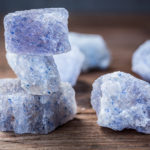 Persian Blue Salt is a unique salt harvested from an ancient salt lake in Iran. It is very mineral rich and slightly sweet. It is one of the rarest salts in the world and very pricey. Its blue color comes from the natural compression of the salt’s molecular structure to the point that it refracts light differently. 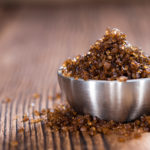 Smoked Salts are popular now but have no significant additional nutritional benefits over normal sea salt. They only lend flavor to a recipe. 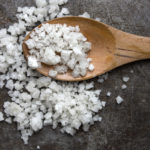 Kosher Salt has large crystals. Chemically, it has the same amount of sodium chloride as table salt and sea salt, but it is slightly less processed.

External uses of salt include relaxing and therapeutic baths, poultices for skin issues like eczema or psoriasis, an exfoliate for the skin, salt water irrigation for allergies or stuffy, dry nasal passages, a deodorant, and salt lamps, which purify the air.

If you are concerned about sodium intake, start by cutting back on packaged and processed foods, which are the biggest source of sodium in the diet. It is hidden in just about everything that comes in a box, bag, or can. The more you can move toward a diet of organic foods in their natural state, the healthier you will be. Salt is absolutely essential for health, so choose wisely!