A recently published study in the journal Nutrients entitled, “Vitamin C and Infections” by Harri Hemilä of the University of Helsinki in Finland, found a strong correlation between oral vitamin C dose and duration of the common cold. In this article, we will be taking a look at the results of this study and outlining the many ways the right dose of oral vitamin C can prevent and treat infections.

A number of studies in early literature examined a variety of infections such as pneumonia, viruses, bacteria, and protozoa.  However, more recent studies failed to see any difference.  The more recent studies only looked at doses of 3 to 4 grams or less, while this new study looked at dose responses up to 6 to 8 grams of vitamin C daily.  Two controlled trials exhibited statistically significant dose-response reductions in common cold duration.  Similarly, three studies showed prevention of common cold.  Additionally, two studies found treatment benefits for pneumonia patients who took vitamin C.  This indicates that vitamin C bears further investigation as prevention and treatment for infections. 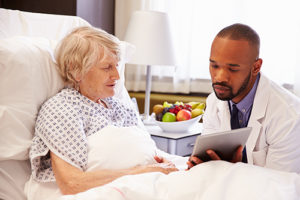 The article looked at a number of resources dating back to as early as 1500s and found that in many cases early doctors and clinicians were concerned with scorbutic patients’ increased risk of infection, particularly pneumonia.  In the early history before vitamin C was discovered, scurvy was often seen in times of crop failure and famine, even in more tropical areas where fresh fruits and vegetables tended to be available throughout the year.  The typical outcome, when sources of vitamin C were limited or scarce, was increased infections especially upper respiratory such as pneumonia.  Scurvy has been viewed primarily as a disease of connective tissues by mainstream medicine, which has failed to look at its properties in relationship to infection, as earlier literature indicated for decades if not centuries.

Hemilä looked at 148 animal studies and over half found significant benefit for at least one infectious disease outcome.  Even in studies of rats and mice, which can synthesize their own vitamin C, more than half found benefits for these animals, which further indicates that these animals might not always synthesize sufficient vitamin C.  Several studies in birds and fishes also indicated protection from infection.  In 55 of the 97 studies involving bacteria or bacterial toxins, significant benefits from administration of vitamin C were seen.  This is significant because toxins such as diphtheria toxin, tetanus toxin, and endotoxins are important in the pathogenesis of the infection.

A common problem in vitamin C trials, when compared to drug trials, is that it is difficult to restrict vitamin C intake because individuals who eat vitamin C-rich sources of food are grouped with those who may not. While in drug trials, participants either get the drug or they do not, they cannot consume the drug through the foods that they eat.

Some of the studies that showed no benefit also gave low doses (0.05 to 0.07 g daily) of vitamin 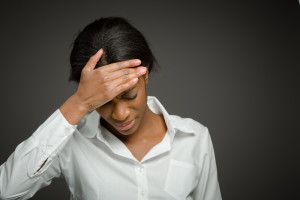 C.  However the author of this study felt this  was faulty as there are populations with dietary low intake or deficiency and this ruled out the potential for seeing benefit in those populations.  Many studies of the common cold had dosages varying by as much as 240 fold between the lowest dose trials and the highest dose trials.  Yet the dosage is often ignored.  In a study by Chalmers, that was widely cited as evidence that vitamin C provided no benefit, there is no listed dosage; while a study by Karlowski administered up to 6g/day.  Therefore, it is unclear whether these two studies can truly be compared, as the Chalmers study fails to indicate the dosage.

Karlowski and Anderson both show significant dose response to vitamin C administration for either 6 or 8 grams per day.  The Karlowski study administered up to 6g/day while the Anderson study administered up to 8g/day.  Both administered a lower dose of 3g or 4g daily and additional 3g or 4g daily on first symptoms of a cold.  Both studies compared to a placebo group that received no supplemental vitamin C.  Both studies indicated nearly a 20% reduction in cold duration in the group with the highest supplementation.

A variety of studies in the U.S., the U.K. and the Soviet Union evaluated the effects of vitamin C on pneumonia in humans.  All showed benefit from administering vitamin C to those with pneumonia, some indicating as much as a 36% reduction in hospitalization time compared to those who did not receive vitamin C.

Tetanus, a disease caused by the toxins from Clostridium tetani, is a bacterium that can contaminate wounds and be deadly.  A study in Bangladesh examined the use of intravenous vitamin C on children, not vaccinated for tenanus, ranging in age from 1 to 12 years old.  It found that children with tetanus who were given 1g/day of intravenous vitamin C resulted in no deaths.  However, in the control group of children who were not given vitamin C, 23 deaths resulted.

While it can be difficult to study the effects of vitamin C, it is clear from the review of historical research, observations and Hemilä;s own recent work, that there is renewed evidence for the use of vitamin C in treating and preventing infections of a variety of origins.  Certainly some important early literature and research was ignored in the late 1970s through mid 1980s that might have had a profound impact on the use of vitamin C both then and now.  However, in light of the new findings and revisiting historical findings, vitamin C should be considered for its ability to help fight and prevent infection in humans and animals.