The Research on Love: A Psychological, Scientific Perspective on Love

All my life, I have long been stereotyped as a “bluestocking,” I was very surprised when I was asked to write an article on a psychological perspective on love.  During the first several decades of my life, my main priorities were:  to absorb as much education and knowledge as possible, to make some extraordinary 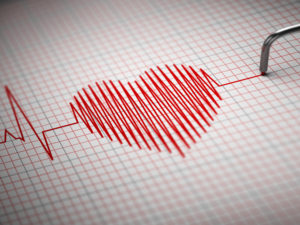 discoveries in science, and to earn a Nobel Prize, making my parents very proud and happy.  I had no time or desire to look for love. During my school years, my time and effort were spent on being the best in subjects of mathematics and science.  I was one of the best students at the prestigious Moscow University.  My days were filled with six to eight hours of lectures and daily trips to the library.  The following three years after graduating from the University I was busy writing my dissertation.

And now here is this topic about love, the subject without which no movie, novel, poem or song can exist. This topic has fascinated scientists, philosophers, historians, poets, playwrights, novelists, and songwriters. I decided to look at this subject from a scientific point of view. It was very interesting to research and to write this article, and I am hoping it will be interesting to you as a reader.

Whereas psychological science was slow to develop active interest in love, the past few decades have seen considerable growth in research on the subject.  The following is a comprehensive review of the central and well-established findings from psychologically-informed research on love and its influence in adult human relationships as presented in the article: “Love. What Is It, Why Does It Matter, and How Does It Operate?”  by H. Reis and A. Aron. A brief summary of the ideas from this article is presented below.

A BRIEF HISTORY OF LOVE RESEARCH

Most popular contemporary ideas about love can be traced to the classical Greek philosophers. Prominent in this regard is Plato’s Symposium. It is a systematic and seminal analysis whose major ideas

have probably influenced contemporary work on love more than all subsequent philosophical work combined. However, four major intellectual developments of the 19th and 20th centuries provided key insights that helped shape the agenda for current research and theory of love.

The first of these was led by Charles Darwin, who proposed that reproductive success was the central process underlying the evolution of species. Evolutionary theorizing has led directly to such currently popular concepts as mate preference, sexual mating strategies, and attachment, as well as to the adoption of a comparative approach across species.

A second important figure was Sigmund Freud. He introduced many psychodynamic principles, such as the importance of early childhood experiences, the powerful impact of motives operating outside of awareness, the role of defenses in shaping the behavioral expression of motives, and the role of sexuality as a force in human behavior.

A third historically significant figure was Margaret Mead. Mead expanded awareness with vivid descriptions of cultural variations in the expression of love and sexuality. This led researchers to consider the influence of socialization and to recognize cultural variation in many aspects of love.

The emerging women’s movement during the 1970s also contributed to a cultural climate that made the study of what had been traditionally thought of as ‘‘women’s concerns’’ not only acceptable, but in fact necessary for the science of human behavior. At the same time, a group of social psychologists were beginning their work to show that adult love could be studied experimentally and in the laboratory.

Any history of psychological research on love would be incomplete without reference to ‘‘l’affaire Proxmire.’’ In 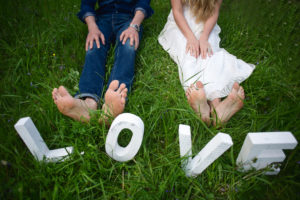 March 1975, William Proxmire, then a powerful U.S. Senator, gave the first of a series of so-called Golden Fleece awards to Ellen Berscheid and Elaine Hatfield, the two most prominent love researchers of the time. They had recently received a federal grant for their work, for what he saw as the misuse of federal tax-payer dollars on a topic ‘‘better left to poets.’’ For the ensuing years, that ill-informed and ignoble proclamation cast a pall not only on Berscheid and Hatfield, but on any scientist interested in studying love. To this day, politics occasionally obstructs funding for and the conduct and dissemination of research on love. Despite the political barrier to love research in the U.S., other countries, particularly Canada, have taken a more enlightened view, as have at least two private foundations.

WHAT’S PSYCHOLOGY GOT TO DO WITH LOVE

What is Love?  According to authors, Reis and Aron, love is defined as a desire to enter, maintain, or expand a close, connected, and ongoing relationship with another person. Considerable evidence supports a basic distinction, first offered in 1978, between passionate love (“a state of intense longing for union with another”) and other types of romantic love, labeled companionate love (“the affection we feel for those with whom our lives are deeply entwined”).

The evidence for this distinction comes from a variety of research methods, including psychometric techniques, examinations of the behavioral and relationship consequences of different forms of romantic love, and biological studies, which are discussed in this article.  Most work has focused on identifying and measuring passionate love and several aspects of romantic love, which include two components: intimacy and commitment.  Some scholars see companionate love as a combination of intimacy and commitment, whereas others see intimacy as the central component, with commitment as a peripheral factor (but important in its own right, such as for predicting relationship longevity).

In some studies, trust and caring were considred highly prototypical of love, whereas uncertainty and butterflies in the stomach were more peripheral.

Passionate and companionate love solves different adaptation problems. Passionate love may be said to solve the attraction problem—that is, for individuals to enter into a potentially long-term mating relationship, they must identify and select suitable candidates, attract the other’s interest, engage in relationship-building behavior, and then go about reorganizing existing activities and relationships so as to include the other. All of this is strenuous, time-consuming, and disruptive. Consequently, passionate love is associated with many changes in cognition, emotion, and behavior. For the most part, these changes are consistent with the idea of disrupting existing activities, routines, and social networks to orient the individual’s attention and goal-directed behavior toward a specific new partner.

Considerably less study has been devoted to understanding the evolutionary significance of the intimacy and commitment aspects of love. However, much evidence indicates that love in long-term relationships is associated with intimacy, trust, caring, and attachment; all factors that contribute to the maintenance of relationships over time.  More generally, the term companionate love may be characterized by communal relationship; a relationship built on mutual expectations that oneself and a partner will be responsive to each other’s needs.

It was speculated that companionate love, or at least the various processes associated with it, is responsible for the noted association among social relatedness, health, and well-being. In a recent series of papers, it was claimed that marriage is linked to health benefits. Having noted the positive functions of love, it is also important to consider the dark side. That is, problems in love and love relationships are a significant source of suicides, homicides, and both major and minor emotional disorders, such as anxiety and depression. Love matters not only because it can make our lives better, but also because it is a major source of misery and pain that can make life worse. 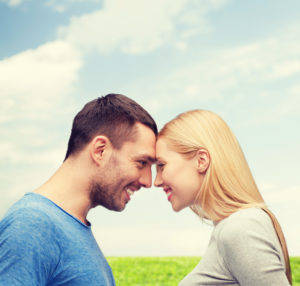 One particularly timely prediction is that psychological theories of love are likely to become more biologically informed, in the sense that the psychological and behavioral phenomena associated with love will have clear, comprehensible, and distinguishable neural and hormonal substrates. This will be useful not so much for the intrinsic purpose of identifying the brain and body regions in which love occurs, but rather because the identification of neural and hormonal circuits corresponding to particular experiences and behaviors will allow researchers to sort the various phenomena associated with love into their natural categories. For example, it will be important to further distinguish passionate love from companionate love on the one hand and from lust (i.e. sexual feelings) on the other. This distinction will be important for a key reason. Although current evidence strongly suggests that these three forms of love involve different biological systems, different functions, different behaviors, and different consequences; much thinking in both popular culture and the scientific literature conflates them. It will also be valuable to examine how neural activations of passionate and companionate love evolve in a given relationship over time, corresponding to experiential changes.

It is also believed that research will address how culture shapes the experience and expression of love. Although both passionate and companionate love appear to be universal, it is apparent that their manifestations may be moderated by culture-specific norms and rules.

Passionate love and companionate love has profoundly different implications for marriage around the world, considered essential in some cultures but contraindicated or rendered largely irrelevant in others. For example, among U.S. college students in the 1960s, only 24% of women and 65% of men considered love to be the basis of marriage, but in the 1980s this view was endorsed by more than 80% of both women and men.

Finally, the authors believe that the future will see a better understanding of what may be the quintessential question about love: How this very individualistic feeling is shaped by experiences in interaction with particular others.