Heart Disease and Vitamin C: How to Protect Yourself from Accelerated Aging 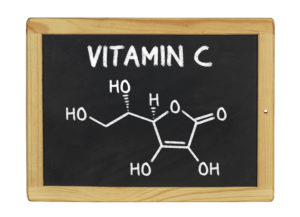 Vitamin C or ascorbic acid (AA) is essential for life in humans, as the capacity to synthesize it has been lost in the course of our evolution. Besides antioxidant properties and its role in collagen synthesis, vitamin C has been shown to boost the immune system, can markedly lower blood histamine concentrations and has antiviral activity. Vitamin C deficiency is associated with a decreased resistance to diseases. Large epidemiological studies have reported that intake of vitamin C and other antioxidants can protect you from developing hypertension. Vitamin C can also protect against the consequences of diabetes mellitus (like diabetic retinopathy), improve high-density lipoprotein cholesterol and enhance endothelial function.

When vitamin C is infused intravenously at doses of 10 grams or higher, it can reach 100 times higher concentrations in the blood compared to oral intake of vitamin C. At these concentrations, it shows cytotoxicity (toxicity to living cells) against some types of cancer cells.

Our recent study was designed to demonstrate that intravenous high dose vitamin C (IVC 15g) has potential effects in alleviating inflammatory status and improving defense status in subjects with metabolic syndrome.  In addition, we showed that IVC can activate a factor that induces protection against cancer.

The results of our study allow us to develop public programs on IVC treatment for prevention of oxidative stress-related diseases and promotion of subsequent healthy aging. This program may be formulated for people with metabolic syndrome and chronic inflammation.

Adiposity plays an important role in the development of insulin resistance. It triggers the associated comorbidities of metabolic syndrome, such as atherosclerosis, dyslipidemia, hypertension, prothrombotic state, and hyperglycemia.

Metabolic syndrome-mediated oxidative stress may also play a role in cancer development, as adiposity-linked changes in gene expression are strong markers for the long-term consequences of nutritionally-mediated inflammation. This results in epigenetic changes induced by oxidative stress, which can promote the progression of gene expression changes that have been associated with the development of cancer. 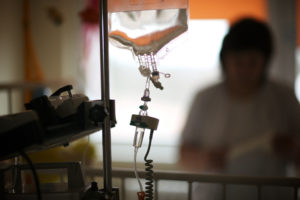 IVC treatments of the participants resulted in a significant increase of ascorbic acid concentrations and the ratio of reduced to oxidized ascorbic acid in blood.  The higher ratio of different forms of ascorbic acid is more favorable, and it was considered as “healing factor” by Irwin Stone. This ratio was decreased in participants with high level of inflammation, which may be explained by increased level of oxidative stress in subjects with metabolic syndrome.

This finding is very important since it proved that the treatment with IVC of a population with metabolic syndrome and low-grade inflammation results in the improvement of the inflammation markers, which can be protective against the development of the chronic disease.

In the second part of the study, we analyzed the expression of the factor responsible for the detoxification enzymes and proteins involved in defense and stress responses after IVC treatment.

The target factor that was analyzed was nuclear respiratory factor 2 (Nrf2). This transcription factor regulates the expression of numerous detoxifying and antioxidant genes. The products that are under the transcriptional control of Nrf2 include enzymes responsible for the production of antioxidants and detoxifying molecules. In addition, this factor enhances the expression of nuclear genes involved in biogenesis, such as the respiratory molecules, and may be important for human health and longevity. Nrf2 signaling is central to efficient detoxification of reactive metabolites and reactive oxygen species (ROS). It is well known that this factor also enhances toxin export.

The products of transcriptional factor Nrf2 enhance protection against molecular damage that induces cancer development. It has been shown in the research studies that the potential of Nrf2-regulated antioxidative response a has role in protecting against induced cancer in the animal model.

Moreover, the decline in levels of Nrf2 that promotes oxidative damage in aged organisms is well documented. During the last years, decline in the action of this factor has been suggested to be involved in many aged-related diseases. Age-related Nrf2 inhibition is observed in Parkinson, Alzheimer, Huntington’s diseases and atherosclerosis models. 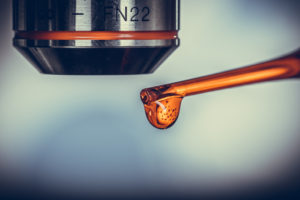 In many disease states, in addition to cancer, oxidative and/or inflammatory stress has a crucial role. Degenerative and immunological disorders – examples of which include atherosclerosis, inflammatory bowel disease, diabetes, rheumatoid arthritis, human immunodeficiency virus/acquired immunodeficiency syndrome (HIV/AIDS), neurological disorders, sepsis and many others – affect more than 45 million people worldwide. Though the illnesses are very different, the Nrf2 pathway plays a role in many of them.

Nrf2 is able to suppress oxidative stress and thus prevent disease, therefore the ability of natural or pharmacological agents to activate Nrf2 is an essential component of this process. Interventions that would offer the potential to activate this factor can promote longevity, healthy aging and lower cancer incidence.

Examination of in vitro and in vivo experimental results, and taking into account recent human clinical trial results, has led to the opinion that Nrf2-activating strategies – which can include drugs, foods, dietary supplements, and exercise – are likely best targeted at disease prevention, disease recurrence prevention, or slowing of disease progression in early stage illnesses.

Numerous examples of the beneficial effects of activation of Nrf2 include protection from  acute insults to the lung, kidney, brain, liver, eye and heart that are caused by diverse factors including chemical toxins.

Data have also been obtained for Nrf2‑activating drugs that have a disease-preventive role in chronic diseases such as diabetes and obesity, and in multiple neurodegenerative diseases. Nrf2 activity reduces atherosclerosis development, liver inflammation, and fibrosis associated with obesity in an obese mouse model. The role of Nrf2 against oxidative stress in rheumatoid arthritis was demonstrated. Oxidative stress is significantly involved in cartilage degradation in arthritis; and the presence of a functional Nrf2 gene is a major requirement for limiting cartilage destruction.

In summary, the activation of the Nrf2 pathway has been widely accepted as offering chemoprevention benefit and has been proposed to be a promising target for anti-inflammation and cancer prevention.

Our preliminary study demonstrated that the activation of Nrf2, by intravenous high dose vitamin C treatment, can induce protection against age-related 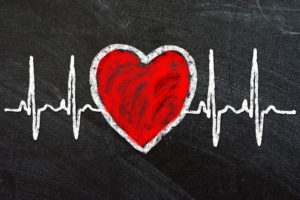 degenerative diseases and cancer. Further studies of the effects of high dose vitamin C on Nrf2 gene expression would offer the potential to develop treatment to promote longevity and healthy aging, and to lower cancer incidence.

In conclusion, our study demonstrated that high dose vitamin C has potential effects in inflammatory status and improving defense status in subjects with metabolic syndrome. We also demonstrated that the activation of translational factor Nrf2 by IVC treatment can induce protection against age-related degenerative diseases and cancer.

Nina Mikirova, PhD is director of research at the Riordan Clinic and graduated from Moscow State University in Russia with a PhD in physics and mathematics. She joined the Riordan Clinic in 1997. Dr. Mikirova has published numerous articles in peer-reviewed journals including more than 40 in the area of nutrients as biological response modifiers and 50 articles in the area of bio-medical aspects of solar radiation.

How to Activate Nrf2 and Protect Yourself from Oxidative Stress: