In Defense of Estrogen 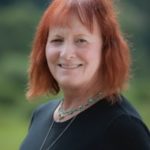 The etiology of the aging female has taken on a life of its own in the Western world, where the most basic academic aspects of how to contain the aging process are shunned, often in the quest driven by the “addiction to perfection.” So women seek BOTOX® to numb their wrinkles and their faces, and plastic surgery for every flaw.

The most important hormone of the female biology, 17-beta estradiol (E2) has recently been misinterpreted and vilified, leading women to believe that they are allergic to their own biology. As a result, many women have begun to seek answers from pharmaceuticals instead of working to replenish their own bio-identical chemistry. Estrogen is the critical molecule for the aging female and acts as a defense against depression and loss of cognitive function. A wealth of data suggests that if E2 is supplemented at the proper age it has profound, beneficial effects on all aspects of a woman’s healthy biology, including moods and emotion, heart disease, memory, bone density, and cancer risk. Alzheimer‘s disease may be slowed or halted due to regulatory mechanisms on beta amyloid protein.1

Progesterone is a secondary female hormone, but also of great importance to a woman’s health and moods. The introduction of synthetic “progestins” as analogues of true progesterone has led to a great deal of confusion among women and their physicians. This is why birth control pills, given for the purpose of sustaining hormones, are the wrong choice for mid-life women; they contain synthetic progestins which cause many women to feel very bad, particularly emotionally.

On the other hand since the original work with progesterone by Katarina Dalton, M.D., in England many years ago, physicians trying to establish the importance of progesterone have deemed it the molecule of most significance for women. This is simply untrue and misleading. Estrogen must be present in sufficient quantity in order to be properly “mediated” by progesterone. If this is not the case, and the woman uses progesterone to excess, those vulnerable to depression will become more so. Estrogen in the human female is a composite of three molecules produced by our bodies: Estrone (E1); Estradiol (E2); and, Estriol (E3). For the purpose of this article estradiol is of primary interest and is identified as 17-beta estradiol, or E2. Estradiol is the most potent form of estrogen and makes up about 10% of the estrogen produced by the ovaries. Estrone is 12 times weaker in terms of biological impact and also makes up about 10% of a woman’s normal estrogen levels; however, it is a much more toxic estrogen. In fact it may be the principal culprit in estrogen toxicity, as will be explained. Until recently it was assumed that there was a simple equilibrium reaction between estradiol and estrone, that estrone was produced via synthesis from estradiol, primarily in the liver. The current interpretation is that as women age, they produce a great deal of estrone in their fat cells (and many women gain weight and have bigger fat cells as they age) thus there is more estrone production.

Estriol is the weakest form of estrogen and though it is 80 times weaker than estradiol it makes up about 80% of a woman’s estrogen. Estriol is produced by conversion from estrone; this occurs through the down-regulation of estrone to the toxic 16-alpha hydroxy estrone and then to the relatively inactive estriol in the liver. Estriol appears to counterbalance estrone’s toxicity. Asian women who eat a diet high in traditional fermented soy products, and have higher levels of estriol, appear to have less gender cancer. The inference is that estriol somehow plays a “protective role,” possibly by creating fewer toxic metabolites. Epidemiological studies have linked soy to a decreased risk for breast cancer. Soy isoflavones, sometimes referred to as natural selective estrogen receptor modulators (SERMs) show interference with the binding of certain estrogens to SHBG.2

Estrogen plays a major role in the neurobiology of aging because all women experience a significant drop in this hormone at menopause. One hundred years ago women achieved menopause at about the same time as their life expectancy ran out. Over the last century life expectancy for women has almost doubled; women can now expect to spend about half their lives in menopause. There is no precedence for transition into the mid-life years, or indeed into older age. Concurrent with the increase in life expectancy, over the past 50 years menopause became a medical condition and has been treated as such by the pharmaceutical industry and the medical establishment. In response, the medical profession told most women approaching menopause to take estrogens. About 25 years ago, as a result of observed endometrial problems, doctors were told that women needed “progestins” to protect them. Thus began the introduction of the synthetic progestins to the pharmaceutical scene, which has been a catastrophe for women.

Progestins are synthetic analogs of progesterone but are not actual progesterone. In fact, their mechanism of action is quite distinct, and these drugs have harmed many women. For example, true progesterone is a very strong diuretic, while the synthetic progestins actually promote fluid retention. 12

For years the standard practice in gynecology has been to put women on Hormone Replacement Therapy (HRT). Then in July 2002, the Women’s Health Initiative Study (WHIMS) was abruptly halted. This was due to the inference that women on these drugs had various degrees of developing pathology. What was not noted at the time was that the demographic of the study was so flawed that a statistically relevant number of the women in the study had hypertension, diabetes or were obese. Further complicating matters was the fact that the majority of the women had started on HRT well past the onset of menopause, averaging 10 to 15 years. It is now suspected that major aspects of aging happen at the time of menopause and are much more difficult to rectify later, and may become worse with treatment, although this is certainly being challenged. The study had two components: Prempro for women with intact ovaries and uteruses (terminated in July 2002) and Premarin only for women who had had hysterectomies (terminated in March 2004).

The Prempro study showed an increase in breast cancer in approximately 2.5% of women: this is not statistically relevant. The study was stopped but not for the right reasons. The scientific community has known since 1997 that Provera has negative implications on the female cardiovascular system because it decreases vascular function.13 The Premarin only study data showed no increased risk of breast cancer or heart attacks but an increased risk of stroke for women over 60.14

Women are faced with a myriad of choices regarding menopause, and confusion reigns. The assertion here is that the science is often being overlooked and other variables given precedence. Data from numerous laboratories indicate that Hormone Replacement can have multiple benefits on cognition and general brain function.

Over the past 20 years there has been a developing body of clinical work looking at neurological changes as correlated with declines in estrogen, particularly whether loss of primary estrogen (17- beta estradiol) is predictive to onset of clinical depression in the demographic of vulnerable women. In a study of women with treatment resistant depression conducted at MIT, 15 Edward Klaiber found a correlation between high monoamine oxidase levels and low levels of estradiol and testosterone. Monoamine oxidase is a potent catecholamine inactivator. It scavenges serotonin, norepinephrine and dopamine. Dr. Yutaka Kobayashi, a biochemist at the Worcester Foundation, and Don Broverman at MIT found a strong statistical relationship between low levels of MAO and high levels of serotonin and testosterone. Dr. Klaiber started giving the women higher than average amounts of testosterone and estrogen and the depressions lifted in a significant number of cases.

Far from being the cause of problems in the aging female human, the data strongly suggest that a lack of hormones, most significantly 17-beta estradiol, precipitates a decline of well-being in mid-life women, and this pattern is acknowledged to exist as a precursor to many degenerative conditions, notably mood and sleep disorders. According to S.L. Berga, key systems mediated by estrogen are the basal forebrain, which regulates attention, and the forebrain cholinergic system, which regulates memory.16

The WHIMS showed that women using conjugated equine estrogens plus MPA (medroxy progesterone acetate) had an increase in dementia over a five-year period. Data from the physical 150 Journal of Orthomolecular Medicine Vol. 22, No. 3, 2007 chemistry lab of the University Of Denver suggest that the difference in progestin versus progesterone molecules is extremely significant and is overshadowed by other aspects in these large randomized studies.17

The seemingly limitless prescriptions for anti-depressants continue to be written. Physicians, primarily but not exclusively male, have been observed to lecture that “women don’t need hormones, they need Prozac” (personal observation) despite the fact that the significant factor in mood regulation for women is allegedly hormonal. Women themselves are consistent in reporting that their major mood changes have occurred throughout their lifetimes in synergy with hormonal fluctuation. Bronson, Bruice and Whitcomb tracked women over 12 years looking at transition in serum estradiol levels correlating with flat affect depression.18

The data clearly shows correlation with E2 trends and mood. Two thirds of the women reporting long histories of flat affect, resignation depression stated that “the only time they were mentally up” was in the week after menses, so days 7-14; this correlates with the time of rising estradiol. As women age, the E1 levels rise naturally, due to increased density of fat cells, and the corresponding increase in E1 production from these cells. In order to overcome this, women need more E2 to drive the reaction the other way. As E2 levels rise with exogenous, transdermal application, and E1 levels diminish, the depression often lifts. Women report feeling this effect in as little as two hours after use.19,20

The past four years have been a lonely battle for researchers in primary hormones. It is difficult, but absolutely necessary, to take a stand against the medical establishment for the future of science and man/womankind. Knowing the molecular aspects of hormone biology as we do, it would be wrong not to speak up. The unfortunate result of the interface of the pharmaceutical and medical worlds, as is dominant in today’s medical culture, is that research is not unbiased and that science often gets pushed aside if the results are contradictory to the goals of the pharmaceutical industry. Pure, basic research remains a critical area and must confront the medical status quo. This is happening now with the hormone issues. For example, many doctors know, empirically, that many women thrive on estrogen, yet are dictated to by their peers to halt HRT until better drugs come out.

Our assertion, from the field of Orthomolecular Medicine, is that there are often no better ‘drugs’ than the human hormones and other chemicals that already exist in the body that simply need to be restored or enhanced with bioidentical chemicals. This is the ideal way to approach imbalances in hormone and other biochemical systems.

Dr. Phyllis Bronson holds a doctorate in biochemistry. Her ongoing research involves studying the biological impact of molecules on mood and emotion. Dr. Bronson works with women who have hormone-based mood disorders utilizing her original research on human identical hormones. She lives in Aspen, Colorado, and is President of Biochemical Consulting and The Biochemical Research Foundation. Her book, Moods, Emotions, and Aging: Hormones and the Mind-Body Connection, is available for purchase.
This is an abbreviated version of the article, “In Defense of Estrogen.” It was first published in the Journal of Orthomolecular Medicine, third quarter 2007, Vol 22 # 3. It was reprinted with permission from the author. The full text and references can be found HERE .