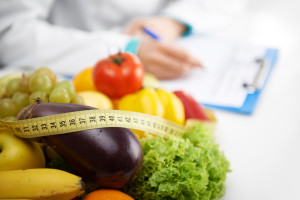 The Riordan Clinic is probably most famous for Dr. Riordan’s interest in furthering research on Linus Pauling’s original hypotheses that Vitamin C could be a potential cure for heart disease, chronic infections and even cancer.  His hypothesis was first developed some time in the 1950s and nearly 70 years later, it is still alive and well.  Researchers all over the world, including several prestigious universities here in the states (John Hopkins, UNC Chapel Hill) are still very intrigued by Vitamin C and the promising results shown in vitro and animal studies.  Case reports are coming in from all over the world of how IVC is curing many diseases considered by mainstream medicine to be incurable. Over 2 decades have passed since Linus Pauling’s death in 1994 and with each decade the attention on Vitamin C has exponentially increased.  This fact alone could be evidence of the importance of Vitamin C in and of itself as Max Planck has said, “A scientific truth does not triumph by convincing its opponents and making them see the light, but rather because its opponents eventually die and a new generation grows up that is familiar with it.”  If he is correct then by 2050 Vitamin C will have on its own merits, proved its worth to the public, and will be accepted by corporate medicine. Please note that this will not do you or I any good.

70 years of research on Vitamin C show it to be much more than the “anti-scurvy factor”. It is the master controller of electron distribution and flow in our bodies. It is needed in over 10,000 biochemical reactions. It is a major antioxidant in the body, the immune system is practically useless without it, and the list goes on and on. The truth is that Vitamin C is causing a paradigm shift in science and medicine in the way it views the cause of disease and inflammation in the body. When any agent produces oxidative stress in a tissue, inflammation will result if insufficient antioxidants are not present to keep the tissues re-dox potential balanced.  We should point out that it was not too many years before the discovery of Vitamin C that Linus Pauling had been awarded the Nobel Prize in Chemistry for discovering the nature of the chemical bond. It is this sharing of electrons between two different atoms in a covalent bond that plays such an important place in health. You have to think on the biochemical level now because that is where all war is waged in the human body—the enemy is oxidation and the defense is reduction. This war begins at conception and ends at death with oxidation always being the winner. We are in good health when this oxidation/reduction is kept in balance. Knowing this, we should see how important Vitamin C is since it is the body’s major antioxidant.

The most important thing to know about Vitamin C is that it is produced from glucose (sugar) in the liver by all animals except for humans, a few of the large erect primates, a fruit eating bat, the guinea pig, and a few primitive birds. For these exceptions, diet is their only source of Vitamin C, and it only becomes a problem when the food source lacks adequate Vitamin C. Cancer cells derive energy by fermenting glucose. Glucose and Vitamin C (being nearly identical molecules in size and shape) use the same ports to enter a cell. Cancer cells need more glucose than normal cells to get the same amount of energy because they only have fermentation as a metabolic process which is inefficient producing only about 10% of the energy; the same amount of glucose would run through Krebs Cycle utilizing oxygen. This increased utilization of glucose produces heat and can be detected and displayed by the infrared cameras. Mainstream medicine however choses to use a much more expensive and profitable way to view this activity by attaching a radioactive element to glucose and then looking for hot spots with a gamma camera. The radiation is called a gamma ray but is identical to an x-ray of the same energy level. A gamma camera is used to find areas of increased activity which is what cancer shows. The same information can be obtained with less expense and no radiation exposure by giving normal glucose and then scanning the body with an Infrared camera.

So, what does that have to do with Vitamin C being used as a therapeutic agent?

As stated, cancer can only use glucose (sugar) for fuel and because Vitamin C is nearly identical to glucose; cancer soaks up Vitamin C as quickly as it does glucose. Cancer can metabolize the glucose for ener 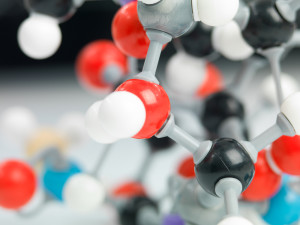 gy, but cancer cannot metabolize high amounts of Vitamin C properly. Cancer and many infections are found to have unusually high concentrations of iron and other metals.  The interaction of the Vitamin C and the metals is where the therapeutic response begins.  Much of this iron in cancer cells is in the +3 oxidation state and when reduced to +2 state by Vitamin C donating an electron a reaction is triggered that results in production of hydrogen peroxide and other reactive oxygen species. In high concentrations, the hydrogen peroxide will damage the DNA and mitochondria by raising free radicals and also inactivates an enzyme needed to metabolize glucose, therefore depriving the cancer cells of energy and creating cell lysis or cell death.  Vitamin C also accomplishes a few other tasks: helps increase collagen to help wall off tumors, inhibits hyaluronidase (an enzyme tumors use to metastasize), and can help induce apoptosis or programmed cell death, a metabolic process that is lost with cancer.  It’s unfortunate, but the gene that triggers cell suicide “apoptosis” does not work with cancer cells because the large amounts of oxidants required to destroy the cell depends on the cell being able to generate large amounts of ATP (energy) which it cannot do with cytoplasmic fermentation (sugar breakdown without oxygen) alone. The good news is that no matter how high the concentration, Vitamin C does not harm healthy cells.

The key phrase just mentioned twice is “High Concentrations”. You have to get the blood level of Vitamin C high enough; which can only be done via Intravenous injection or injections directly into the cell.  Our bodies tightly control intestinal absorption, so oral Vitamin C use will not create this “pro-oxidant” effect on cancer.  All of the studies that have completely debunked Linus Pauling’s theory were utilizing oral Vitamin C (what a waste of time and money!). As an example: If you take 25 grams of Vitamin C in one day, assuming your intestines can handle that much, you may get your blood level to six mg/dl.  In order to create cell lysis of cancer, research has shown the blood level needs to reach between 350-450 mg/dl; nearly 65 times as high as can be reached orally!  This is why in the beginning when we are trying to find a patient’s IVC dose we run a blood level after the IV to make sure it reaches between 350-450 mg/dl.  Once we get the results of these post IV Vitamin C levels we decide on the proper dose and frequency. 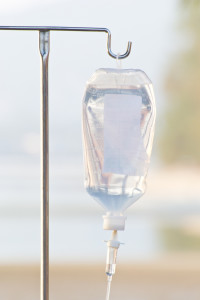 dney function closely as one must be able to filter fluids properly and those in congestive heart failure and others retaining fluids are monitored more closely, sometimes but not often patients may be instructed to avoid the therapy all together.  The main side effects include all of those which can occur with any IV therapy, such as irritation at the injection site, etc.  Sometimes patients will feel sensations in the areas of the tumors and occasionally experience reactions of detoxification such as dermatitis.  The IV Vitamin C is very hyperosmotic so at high doses most people experience what we call an “alarming thirst” which resolves as soon as the IV finishes.  And since Vitamin C looks like sugar, it can cause an insulin rush and blood sugar to be brought into cells, a bit of low blood sugar may be experienced –  hunger and mild lightheadedness could occur, however, coming well fed and having food on hand will prevent this occurrence.  We have to warn diabetics that the Vitamin C will interfere with their glucometer reading as the glucometer cannot even tell the difference between the sugar and Vitamin C; so caution has to be used with insulin dosing.  We also warn patients never to have blood drawn within 24 hours of an IV, as it can produce false results.

Sounds too good to be true… are there any drawbacks?  First, remember that at any given time only 1/3 of cancer cells are metabolically active; therefore the ones that are inactive will not absorb the Vitamin C and the same goes for chemotherapy and radiation.  This is why there are always series of treatments, in order to hopefully catch all the cells in their metabolically active phase. Therefore, one drawback is that patients will have to come into a clinic for Vitamin C infusions, ideally every few days for months and even years, often much longer than conventional therapies, because Vitamin C seems to take that long to kill cancer cells.  And with few clinics in the United States utilizing intravenous Vitamin C, it is very difficult for people to continue the therapy.   But this drawback could be an easy fix.  Again, as Mr. Planck said, we will not triumph by convincing the opponents, but rather by educating the people so that the next generation will be familiar and take the original research and progress it until scientific truth has been achieved.  I learned in grade school that “a picture is worth a thousand words” – and what better way to educate the people than pictures!  The average person knows nothing about cancer markers and cytokines so reading research does not appeal to them, but everyone loves pictures! It has been our idea to gather case studies of utilizing Vitamin C with skin cancers and documenting with pictures.  These pictures will get the attention of not only the scientific community but also “the people” – and who knows, in 10-15 years maybe every small town will have an infusion center so IV Vitamin C can be something we can all get on our lunch hour.  It could happen and we can certainly have a dream too!  Nothing will progress without an imagination and as Albert Einstein said, “Imagination is more important than knowledge,” especially when it comes to real innovation.