Intravenously administered high dose ascorbic acid (HDIVC) as used in cases of patients with cancer and chronic infection has considerable mythology surrounding it. The purpose of this review is not to exhaustively recap the data regarding this therapy, but rather to address basic issues of safety, pharmacology and outcomes of ongoing research.

I have been involved in the use of HDIVC for over 20 years, and have found it to be one of the most versatile and clinically useful agents in cancer and chronic illness I have used.  It is not a panacea, but it also is not a placebo.

Paramount in the decision to include a particular therapy for any condition is the safety of that treatment.  The bottom line with respect to HDIVC is that in properly screened patients, it is an extremely safe intervention.  In a 2010 review (4) there were five reported serious adverse events in the literature.  Of these, one was hemolysis in a patient with G6PD deficiency (G6PD is an enzyme used in red blood cells to reduce hydrogen peroxide to water) and the balance were renal complications (in patients with preexisting renal disease or insufficiency). 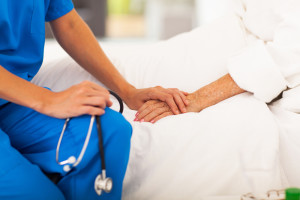 All patients are pre-screened for multiple conditions prior to any HDIVC, and particular attention is paid to G6PD status, renal function and other co-morbidities.  Deficient G6PD and renal insufficiency are contraindications for HDIVC.

In a review of the five cases mentioned, all could have been prevented with proper screening as recommended in current protocols.

The major concept behind HDIVC and cancer is that it is used as a pro-drug for the production of hydrogen peroxide in the extracellular space, thus potentially damaging the cancer cells (4).  Is there any evidence of this potential?  First, orally administered vitamin C is unable to create a plasma level high enough to create any substantial peroxide formation (1,5).  Second, it has been demonstrated that HDIVC properly dosed can create the type of peroxide surge in the extracellular space required to potentially damage cancer cells (5).  Finally it has been shown that some cancer cells have decreased ability to defend against the peroxide, where normal human cells can reduce the peroxide to water (1) – making HDIVC a potential anti-cancer pro-drug.

Our protocols are designed to ensure safety first. They are followed by measurement of post-HDIVC blood ascorbate levels to assure the effective peroxide forming dose for each patient.  The data deriving these protocols and the formulas are published after presentation at the Society for Integrative Oncology (13).

HDIVC and Other Chemotherapeutic Agents:

A great deal of confusing information regarding the appropriate place and timing for the administration of HDIVC with other chemotherapeutic agents exists.  Currently, an up- to-date review of all available data in this arena is being completed by the author (14).  A quote from a recent peer reviewed publication reveals the overall direction the data are pointing:  “Clinical investigation of pharmacologic ascorbate should be considered as an addition to existing cancer treatments. Its mechanism of action as a pro-drug for H2O2 generation is distinct from most currently used agents. For this reason, there is potential for synergy, or at least an additive effect, in combination with other drugs. This strategy is similar to that used for treatment of many cancers, tuberculosis, serious bacterial infections, hepatitis, and HIV. Emerging data indicate that there are additive effects of ascorbate with other neoplastic agents” (11).  A review of available data in 2008 summarized multiple existing cancer therapies and their effect in combination with ascorbate and found all agents either not affected or enhanced by ascorbate (9).  This review had one exception which was the agent bortezomib, but later clinical data showed that even this agent had synergistic effect with HDIVC (10).  More study needs to be done, but data published between late 2011 and 2012 also reveal only positive additive effects using HDIVC in combination with existing cancer treatments (7).

In the case of “chemotherapy” as applies to antibiotic, antifungal, antiviral or other medications I use HDIVC in sequence or concurrently with these agents daily.  We see only clinical synergy and improved outcomes over the use of the prescription agents alone. 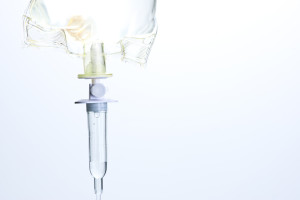 I have used HDIVC in the context of a comprehensive functional medicine approach to chronic infections for two decades.  It is an excellent first line agent in the case of an acute illness such as influenza, mononucleosis or the like, as well as many chronic infections.  In our practice we will use it in series with intravenous artesunate or other prescription antimicrobials in cases of recalcitrant infection.  In the case of an acute infection the sooner one can infuse the HDIVC the better.  In cases of chronic infection the use of HDIVC is as part of an overall protocol, but still crucial to the management of the case.

Published reviews of HDIVC agree that there is limited data to support or to disprove the efficacy of this intervention in cancer patients (1,3,4,5).  These authors agree that more data needs to be collected in order to verify the use of this intervention for cancer patients.  In addition to many anecdotal reports regarding the positive benefits of HDIVC in cancer situations (4), two recent presentations reported a 50% positive outcome in a small sample of stage 4 cancer patients following data over a 2.5 year timeframe (6,7).  A recent review of published data regarding intravenous ascorbic acid supports the above assertions as well as supporting the idea that this therapy has a role in treating the patient who has cancer (12).

While we have only preliminary outcomes data as yet regarding the success rate of HDIVC, it is viewed as a safe and potentially effective treatment in a medically supervised environment from the point of view of the larger medical community.  In my personal experience it is one of the most safe and effective agents to use in the course of treatment of infections as well as an excellent quality of life agent in clinical oncology.