The Miracle of Magnesium 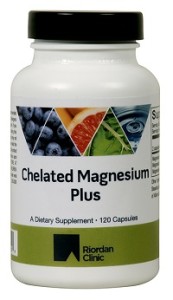 In terms of a direct impact on health and longevity, there is no supplement more important than magnesium. Magnesium is the agent best suited to lessen the toxicity of excess calcium, which is present in varying degrees in all adults today. Understanding the toxicity of calcium and the benefits of magnesium, it is important to understand the physiology of disease at the cellular level. When this is appreciated, it then becomes clear as to what needs to be done to restore good health or at least how to slow the evolution of disease.

This relationship of the redox status with disease in the body makes it clear that the goal of good nutrition and good supplementation, or any other therapy for that matter, should be the optimization of the ratio of reduced to oxidized biomolecules inside and around the cells of the body. When one is eating and digesting correctly, as well as taking quality supplementation, the end result is that more reduced biomolecules are available to reverse and prevent disease-sustaining levels of oxidation. In other words, anything that has a positive nutrient value ultimately is metabolized down to molecules that are capable of donating electrons to oxidized biomolecules, or to toxic, pro-oxidant molecules before they have opportunity to oxidize, or effectively poison, another biomolecule. Conversely, anything ingested that has a negative impact on health ultimately breaks down to more oxidized than reduced molecules, and the redox balance is shifted more toward oxidation and disease.

To better understand the nature of the redox balance and disease in the body, it is also very important to appreciate that all toxins inflict their damage on the body by directly, or less commonly indirectly, causing important biomolecules to become oxidized. In other words, all toxins shift the redox balance, to a greater or lesser degree, toward oxidation. When, for example, the oxidation shift is rapid and affecting very critical molecules affecting energy production, as with inhaled cyanide, death can occur quickly. When the shift to oxidation is more gradual and affecting less critical biomolecules, chronic illness can occur, as with poisoning by some heavy metals. Nevertheless, at the cellular level, the final common denominator of all toxins is still nothing more than certain biomolecules becoming oxidized.

This important information then begs a very important question: What can be done to lower elevated intracellular calcium levels? Arguably the single best answer to this question is magnesium. Magnesium has long been regarded as a natural, or orthomolecular, calcium channel blocker. Calcium enters cells through defined calcium channels, and agents that can block these channels will reliably reduce intracellular levels of calcium.

Magnesium supplementation has been shown to have many positive effects on health. Some of the more impressive conditions improved by such supplementation include asthma, inflammation, atherosclerosis, heart attack size, many cardiac arrhythmias, high blood pressure, osteoporosis, and even a wide array of neurological/psychological/psychiatric conditions.

Proper magnesium supplementation has been documented to both inhibit the formation of abnormal areas of calcification throughout the body and to help dissolve preexisting abnormal calcifications. Also, magnesium as a monosupplement has been documented to decrease all-cause mortality. This means that taking magnesium decreases the chances of dying from anything, not just a few conditions like cancer and heart disease. This also fits very nicely with the fact that calcium supplementation increases all-cause mortality.

Oral magnesium supplementation is also virtually non-toxic in individuals with normal kidney function. And even though the intravenous administration of magnesium can be pushed to toxic levels, a flushing diarrhea will always prevent a given individual from ever ingesting too much oral magnesium on a regular basis.

How much magnesium should one supplement? The best answer to this is as much as can be tolerated 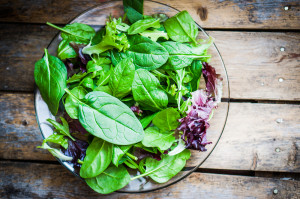 , bowel-wise. A minimal daily dose for most adults would be 500 mg, and depending on one’s bowel sensitivities, such a dose would have to be taken in divided doses, and also with meals.

Many different forms of magnesium can be taken. Generally, it is best to take forms of magnesium that also have anions of nutrient value as well. Such anions would include glycinate, citrate, phosphate, carbonate, and chloride. Milk of magnesia, which is magnesium hydroxide, will provide 500 mg of magnesium in one tablespoon, or 15 cc.

For reasons beyond the scope of this, all adults have too much calcium in their bodies. All individuals with chronic disease of any kind have too much calcium inside their cells. Magnesium is the natural, orthomolecular agent that counterbalances calcium throughout the body. The more calcium there is in the body, the less magnesium there is and vice-versa. This is why magnesium supplements dosing needs to be vigorously pushed as high as can be tolerated on a regular basis.

For those individuals who have access to receiving intravenous infusions, the opportunity should never be missed to have as much as a gram or two of magnesium added when possible. Studies show the long-term positive effects of magnesium given intravenously are nothing short of astounding.

If you are not a magnesium supplementer at this time, consider filling out a general questionnaire looking at as wide an array of symptoms as possible, and rating their prominence from 0 to 5. Then start your magnesium regimen and push it to as high a daily dosage as you can. Repeat your questionnaire two to four months later and compare. You will be amazed at how many symptoms seemingly unrelated to anything will be improved or even eliminated.