Let Us Count the Ways to Boost your Magnesium

A review of the forms that magnesium comes in, routes of administration and common uses.

Magnesium comes in many forms, from Magnesium Carbonate to Magnesium Citrate which you may know as a commonly used laxative. It plays an important role in the pumping of your heart, bone and tooth formation, relaxation of your blood vessels and bowel function. It has been shown to help normalized blood pressure, prevent cardiac arrest, heart attack and stroke. It has therapeutic benefits for;

And, it plays a role in detoxification, helping to prevent damage from environmental chemicals, heavy metals and other toxins.

Below is a list of each type of magnesium and their most common uses.

Magnesium Glycinate is a chelated form of magnesium that provides the highest levels of absorption and bioavailability. It is ideal for anyone who may be trying to correct a deficiency.

Magnesium Oxide is non-chelated. It is bound to an organic or fatty acid and only contains about 60 percent magnesium. It is most commonly used for its stool softening properties and is not very bioavailable to the rest of the body.

Magnesium Chloride and Magnesium Lactate contain only about 12 percent magnesium but is more readily absorbed than Magnesium Oxide which contains five times the amount of magnesium.

Magnesium Sulfate and Magnesium Hydroxide (aka: milk of magnesia) are most commonly used as a laxative. Take them only as directed to avoid excessively loose stools.

Magnesium Carbonate is primarily used as an antacid and contains 45 percent magnesium.

Magnesium Taurate contains a combination of magnesium and taurine, which is an amino acid. This combo typically produce a calming effect for the body and mind.

Magnesium Citrate, as stated above, is an over the counter and very commonly used laxative.

Magnesium Threonate is emerging as a newer magnesium supplement that has the ability to penetrate the mitochondrial membrane, and cross the blood brain barrier giving researchers hope that it will provide effective treatment for disorders such as headaches and cognitive impairment.

Magnesium has many different routes of administration. It can be ingested orally. It can be administered intravenously for cardiac emergencies, or pre-eclampsia of pregnancy. And, we also use it in your Riordan Clinic IV’s! Our nurses can inject it intramuscularly, but magnesium is also available in a topical oil, cream or flakes.

Improving your magnesium with a healthy diet

Ideally the best way to improve your magnesium level is to consume it through eating organically bound magnesium found in whole foods. Unfortunately, the amount of magnesium contained in such foods is dependent upon the level of magnesium in the soil where they were grown. Organic foods will contain higher amounts by virtue of nitrogen, phosphorous and potassium containing fertilizers used to grow non-organic produce. Foods with the highest amount of magnesium include; 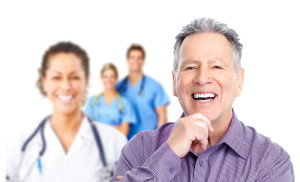 Certain health concerns predispose you to magnesium deficiency. Such as;

Some early symptoms of magnesium deficiency include, but are not limited to; loss of appetite, headache, nausea and vomiting, fatigue and weakness. More serious symptoms include;

If you have been diagnosed with any of the above conditions, are experiencing any of the above symptoms, or are considering adding a magnesium supplement to your current regimen consult with your Riordan Clinic Provider.   The Bio-Center Laboratory offers a very common, simple and inexpensive laboratory test to determine your magnesium level. Your provider will use your test results, medical diagnoses, and symptoms as well as their knowledge of how nutrients influence and synergistically affect each other to develop a nutritional plan and supplement regimen to help you achieve your goals!