There’s still no clear answer to why ADD and ADHD are increasingly common in children—whether it’s simply due to more accurate diagnosis, or other factors—but it’s clear that these conditions can significantly affect the lives of both children and adults. While the traditional method of treating ADD and ADHD is with medication, there are some schools of thought that say natural methods of symptom management, such as behavioral and environmental modification, dietary changes and natural supplements, are more desirable. 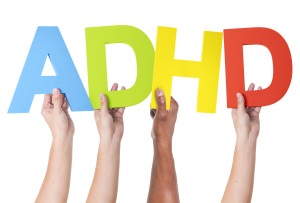 Attention-deficit-hyperactivity disorder affects an estimated 11% of young Americans aged between 4 and 17, making it the most common psychiatric disorder affecting the country’s young people. Symptoms of the disorder, which include difficulty focusing on certain types of tasks, difficulty with organization and time-keeping, and physical restlessness, have been shown to develop as the result of differences in the way the brain produces and responds to neurotransmitters like dopamine.

There is, however. a school of thought that says ADHD and ADD aren’t psychiatric disorders—just psychiatric variations on what we think of as normal. Many people who are diagnosed with one of these disorders as children are no longer affected when they grow up, and it may be that the reason isn’t that they’ve “grown out of” the condition, but rather that they’ve chosen a career path and lifestyle that makes the most of their neurological traits. There is definitely some merit to this theory, but ADHD and ADD don’t affect all adults in exactly the same way, and it’s possible that those people who seemed to be “cured” as adults were misdiagnosed as children, or had only a mild form of the disorder.

In short, it’s impossible to say whether any particular treatment or method of coping is objectively worthwhile for every individual—for many people, it’s just a matter of trial-and-error, in the quest to find strategies that work. However, what this does speak to is the idea that medication isn’t always the best option for managing the symptoms of these disorders. In fact, most treatment programs for ADD and ADHD do incorporate additional forms of treatment, like therapy, in addition to medication. And many adults say that natural therapies like exercise and dietary changes are actually more beneficial than medication—so it’s definitely worth giving some new strategies a try.

For children and adults alike, behavioral therapy is both desirable and highly effective at helping people deal with ADD and ADHD. Therapy helps people learn how to cope with their symptoms, and learn ways of minimizing the negative effects of the disorder. As children grow up, they often learn other types of coping skills as they go, and discover by trial-and-error what works and what doesn’t. Skills like goal-setting, making to-do lists, developing a daily routine, and getting plenty of exercise are effective for many people. Mindfulness exercises like meditation and yoga are also effective for many adults.

For children in particular, one lifestyle habit that seems to help with reducing symptoms is having plenty of “green time,” or simply, time spent outside. Whether it’s in unstructured play, or 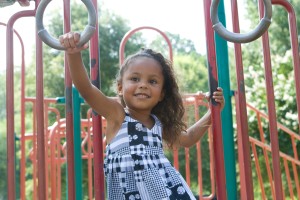 spending time on nature walks or other forms of physical activity, children with ADD and ADHD have improved attention and focus, and less physical restlessness, after spending time outdoors. It’s not just the physical activity itself that’s beneficial, it’s also the fact of being in a different setting than the indoor areas where a child would normally attend school or do homework. Being outdoors really makes a difference; the effect is much pronounced if children can spend time outdoors—in green spaces like parks and other natural areas—but is absent in children who simply play indoors.

Activities for green time can revolve around virtually any outdoor activity; examples might include riding a bike, playing sports, hiking, fishing, and camping (even if it’s just pitching a tent in the back yard).

Jefferson B. Prince. “Piecing Together the ADHD Puzzle: Treatment Strategies for Attention Deficit Hyperactivity Disorder (ADHD): From Childhood to Adolescence and Through the Transition Years.” Medscape Multispecialty.” Accessed December 13, 2014.