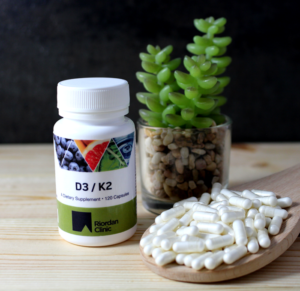 Every fall, leading into winter, the sun sets further and further into the south. The days get shorter and the sun’s rays diminish in duration and intensity. This is when D3—”the sunshine vitamin”—blood levels drop in sun-exposed mammals.

That imperceptible signal results in profound behavioral changes that are easily observed in foxes, bears, and many other land roaming creatures: their activity slows while their foraging increases. They are fattening up their calorie stores for the long winter’s hibernation.

With the advent of spring, the bright summer sun’s UVB rays once again bathe their skin and fur. This is where abundant D3 is synthesized from the photo-transformation of cholesterol. This hormone-like vitamin slowly absorbs into the bloodstream where it is delivered to the liver, then to the kidneys, where it is finally converted into the activated form of vitamin D.

In contrast, my medical school training taught me only that vitamin D prevents rickets. Very small doses were all that was required to keep young kids from having weak, rubbery bones. “Feed ’em vitamin D2 fortified milk and the kids will be fine.” These small doses did stop the spread of endemic rickets.

Because vitamin D is a fat soluble vitamin, the medical standard, until recently, was limited to only 400 IU (International Units) per day. The fear was that an excessive intake of vitamin D would build up in the fatty tissues of the body, possibly leading to excessive calcium absorption and toxicity. “Hypercalcinosis” might then result in the formation of kidney stones, calcified arteries, and other manifestations of excessive calcium in the urine, blood, and body tissues.

Is vitamin D more a drug than a nutrient? This question evokes the famous Paracelsus quote: “The dose makes the poison.” Rodenticides are pesticides that kill rodents, such as rats, mice, and yard destructive moles. Most readers are aware that Coumadin is a carefully dosed medical blood thinner that, when used at the higher pesticide dosages, kills rodents. 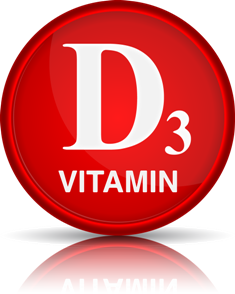 It will probably come as a very big shock for our Health Hunters readers to learn that vitamin D3—cholecalciferol—is also used as a rodenticide! That’s right, vitamin D3, if given in a high enough dose over a short enough period of time, effectively kills rodents through massive hypercalcinosis of their organs.

That fact sheds a whole new light on why many “old school” vitamin D researchers are very wary of patients “getting carried away” with their ultra-high doses of vitamin D3 as a modern cure-all. Is vitamin D3 really the superhero nutrient ready to “save the day”…or could it be the malevolent evil-doer secretly disguised as a “good guy”?!

Up until recently, the highest dose of vitamin D3 we typically recommended at the Riordan Clinic was 50,000 IU as a convenient once a week dose. Our maximum daily dose was 5,000 IU. This is a very safe dose as is documented on the website of the Vitamin D Council.  Children can safely take about 1000 IU for every 25 lbs. of body weight.

That information may not seem reassuring now that the reader knows that vitamin D3 is used to kill rats. But here’s the data on the LD50 of vitamin D3—the Lethal Dose to kill half of the animals tested: Rats—42 mg/kg, Dogs—88 mg/kg.

Because an accurate LD50 for cholecalciferol in humans has never been determined (thank God!) most researchers use the LD50 for dogs as an estimate for humans. Using a hypothetical human subject weighing 110 pounds: in order to reach the LD50 dose, that subject would need to consume over 3,500 of the 50,000 IU D3 caps in a 24 hour period (146 capsules an hour) in order to have a 50% chance of dying.

I think we’re all safe! (It is actually 10 times easier to kill yourself by over-consuming water than it would be by overdosing on vitamin D3 capsules.) Author’s note: I actually had a patient who took too many capsules of various and sundry supplements…and developed a gelatin bezoar that obstructed his small intestine! Don’t overdo capsules!

Of course, there are other toxicity and sensitivity issues that can arise in the human consumption of vitamin D3. Generally, these can be avoided by having your 25(OH)D level measured once a year and keeping it around 60 ng/dl for optimal health.

Keep in mind that we evolved from primitive, naked humans who lived near the equator, and who, like swimming pool lifeguards, got around 10,000 IU of D3 from the sun on a regular basis. Canadian researcher Dr. Reinhold Vieth has studied the question of D3 toxicity extensively and states categorically that there is no published evidence for this causing toxicity in adults taking 10,000 IU of a daily D3 supplement.

The following chart is taken from the Vitamin D Council’s website where the reader will find extensive documentation for how vitamin D3 can be of benefit for those who have or are at risk of having the following health conditions:

Would Even Higher Doses of D3 Make Sense?

Given the over 56,000 published studies on the benefits of vitamin D3 when dosed optimally in humans, it only makes orthomolecular sense to wonder if higher doses might be of greater benefit in chronically ill patients.

The real question here is “What is an optimal dose?” Orthomolecular medicine is defined as “using the correct dose, of the right molecule, for the right condition, in the appropriately chosen patient.”

At the Riordan Clinic, we are using this orthomolecular approach in our application of vitamin D3 in the care of patients suffering from sustained illnesses as delineated on the previous page. However, we don’t just dole out vitamin D3 in a reckless manner. We use several principles of care and safety that were highlighted during Dr. Riordan’s life and tenure at the clinic:

D3:K2—The Birth of a Superhero Combo

Speaking of teamwork, vitamin D3’s natural partner is vitamin K2. The genius of this combo begins with proper respect for D3’s function of powerfully enhancing calcium absorption. Recent research has shown that excessive calcium intake alone can be harmful to the body. The additional calcium must be correctly utilized or it can show up in the wrong places and cause disease.

This is how very high doses of cholecalciferol kills rodents: excessive calcium uptake, deposition, and interference with normal cardiac and renal function. By conscientiously using vitamin K2 in conjunction with D3, this issue of “metastatic calcium” is thoroughly avoided. 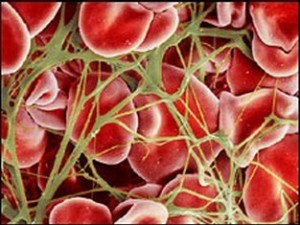 Vitamin K2 activates several important proteins in the body. Henrick Dam, a Danish researcher, discovered vitamin K in 1939 (and won the Nobel Prize for his discovery in 1943). Because the Danish word for blood clotting was koagulation, Dam named the molecule vitamin K. Vitamin K is essential for the functioning of eight proteins involved in blood clotting.

A major medical misunderstanding surrounds vitamin K. Most doctors believe that vitamin K “causes” coagulation. It is true that babies born deficient in K need injections of it to restore coagulation. It is also well known that Coumadin, another rodenticide, poisons vitamin K coagulation function which does cause thinning of the blood. At really high doses this can kill a rat. At properly controlled doses, it can dissolve a threatening blood clot in a human patient. 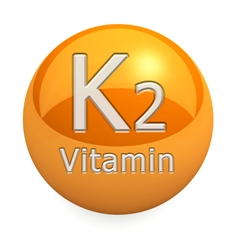 The correct understanding is that vitamin K, through a chemical step called carboxylation, REGULATES and balances the coagulation system as a whole. Keep in mind that the coagulation system stands ready to CLOT if you are hemorrhaging to death, but it must also PREVENT THE CLOT if there are no lacerations or bleeding points. The eight proteins counter-regulate one another in this balancing act. Vitamin K is needed for this amazing feat.

Carboxylation of osteocalcin is another regulation feat of vitamin K which keeps bones properly mineralized with a strong protein matrix. Activated osteocalcin also stimulates adiponectin, a potent fat metabolism stimulator which helps people maintain normal weight. It is believed that all the antibiotics used in animal feedlots these days are finding their way into consumer’s guts where the beneficial bacteria that convert vitamin K into its active form are being badly disrupted. (Hence, low vitamin K in the body may be a contributing factor in the modern obesity epidemic!)

Activation of the vascular GMP protein is crucial in preventing calcification of coronary and carotid arteries. This explains the 50+% reduction in heart disease in regular vitamin K users. This same protein may also prevent bone spurs. Vitamin K is thus helping us age better with “hard bones and soft arteries”…not the other way around.

Finally, like vitamin D3, strong evidence demonstrates vitamin K’s amazing ability to reduce cancer risk. For example, men taking vitamin K2 mk7 (a naturally occurring long-acting form of K2) at 45 mcg a day can statistically reduce their risk of prostate cancer by 60%! That is just one of many cancer risks that are reduced significantly by regular K2 ingestion.

As we explore the healing power of higher doses of vitamin D3 at the Riordan Clinic, we have found it prudent to partner the safety and effectiveness of this dynamic duo. For every 5,000–10,000 units of D3 being recommended and tested for, we are recommending 100 mcg of K2 mk7 to be sure and prevent the inappropriate calcification that higher doses of D3 alone could cause.

The Bio-Center Laboratory, located at the Riordan Clinic, can test your vitamin D levels.

Call 316-682-3100 to set up your lab appointment.
This test does not require doctor’s orders which means you can call and schedule and receive the results directly.