Glyphosate, more commonly known as Roundup, is used by many people and farmers as a tool to kill weeds around their lawns and crops. It was initially found useful to control broadleaf weeds and grasses in 1970 by Monsanto scientist, John Franz.

Monsanto began to market glyphosate as Roundup in 1974 and since that date it has become the most widely used herbicide in the United States. Since it is so widely available, Monsanto began engineering genetically modified crops and other plants affected by the weed killer. It works very similarly to an amino acid called glycine, which is in most of our proteins, and it will substitute itself into an enzyme pathway called the Shikimate Pathway. This pathway is the reason it only affects broadleaf green plants and not the crops it is used to “protect.” 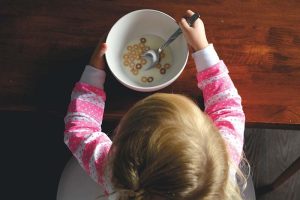 Concern starts with crops having been modified to resist glyphosate, while the bacteria in humans has not been. When glyphosate is used on crops like corn, soy, wheat, and oats, it leaves a residue that consumers then ingest. Once ingested, it will start to change the composition of your gut bacteria. This change can lead to leaky gut, irritable bowel syndrome, and some autoimmune disorders.

While not every farmer uses a weed killer like glyphosate, it has been found that a high number of cereals, oatmeal, and oat-based snacks contain glyphosate levels that surpass the Environmental Working Group’s (EWG) health benchmark (160 parts per billion). The foods part of the study came from brands like Quaker Oats, Kellogg Cereal, and Nature Valley.1

There has also been cause for concern in glyphosate’s role in many Non-Hodgkin’s Lymphoma diagnoses. In 2018 Monsanto paid out more than 289 Million USD in a lawsuit with a school groundskeeper, Dewayne Johnson.2 This is not the only lawsuit Monsanto has faced, as there are over tens of thousands of filed lawsuits on record regarding glyphosate’s probability as being a human carcinogen and Monsanto’s efforts to cover up the risks over the years.3

Cases like the ones mentioned previously have led me as a practitioner to look very closely at my patient’s glyphosate levels. Many times, especially with cancer, the labs show these levels are way higher than we would like to see them. So we as co-learners must take the steps needed to address these issues.

The first step is to become aware of glyphosate, your levels, and where it can reside in your foods. These foods can be crops like corn, wheat, oats, and soy. Glyphosate can also show up in the meats you consume (grain fed beef, farm raised fish and chicken). There is a saying that states “You are what you eat ATE,” meaning if you consume meat be aware of what the animal was fed. Taking the time to read labels and make sure you are buying organic can make a huge difference when it comes to future health concerns and peace of mind.

If you do find that you have high glyphosate levels, you can implement a few things in your day-to-day life that can help you detox. 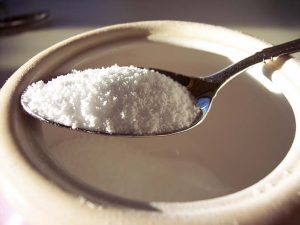 Use glycine crystals in place of sugar.
Glycine is an amino acid that has a calming effect while also being sweet like sugar. If used it, will push out the glyphosate and help rebuild our gut flora.

Participate in an in depth liver detoxification one to two times a year with the assistance of your medical provider.

Implement intermittent fasting into your everyday practices.
While most people intermittently fast for 10-12 hours while they are sleeping, by extending that fasting period to 14-16 hours and only consuming calories during that 8 to 10 hour time frame, you will naturally trigger the body’s ability to detox.

Intermittent fasting will also allow your insulin to work to burn fat rather than store it. This implementation is an excellent way to lose weight, feel better, have more energy, and increase brain function.

Sweat it out
When you exercise or use a sauna, you give your body reason to push out trapped toxins.

The final word here is that we do not live in a perfect world, toxins are everywhere. They lurk in your fridge, under your sink, in your garage, and your garden. But, by increasing your awareness of what these toxins are and what safer alternatives are available, you are already moving in the right direction. Through better choices, better education, and a better sense of self-care, we can all live longer, healthier lives.