My Journey with Tai Chi

It began in 1975. In exchange for teaching him songwriting and guitar, a Tai Chi instructor offered me lessons. He fell in love with guitar, and I fell in love with Tai Chi. His first lesson taught me how to walk slowly up a hill and be as rested at the top as I was at the bottom. This was my initiation into the unknown world of the slow-moving, dance-like martial art called Tai Chi.

Ten years later, my studies with Abraham Liu in San Diego restored my youth at age 35. He taught the short form to a large group of students. It took six months to learn the form, and we only knew it poorly, at best. Only 20 percent of the class made it to the end. The teacher said it was the highest percentage of finishers of his career. 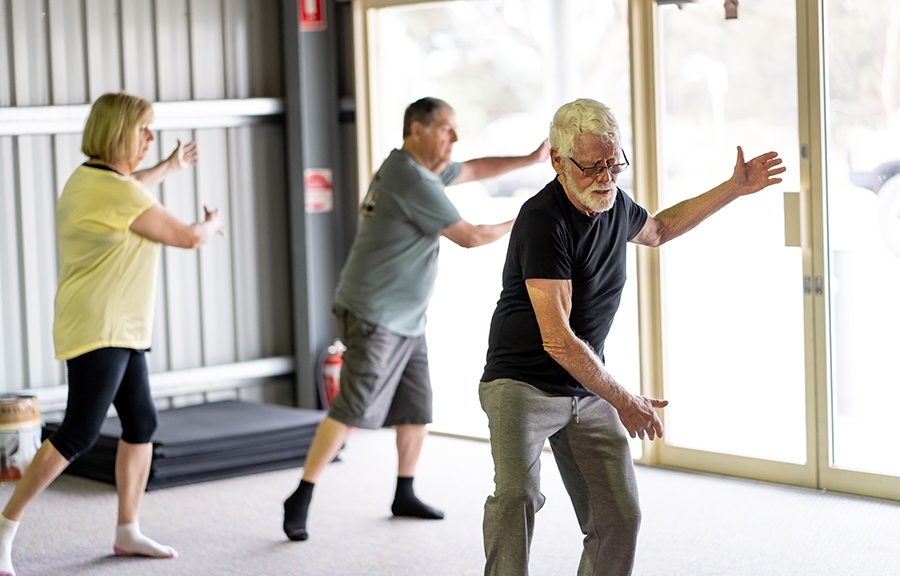 For those that survived the gauntlet, the results were remarkable. A ninety-six-year-old woman with poor balance and limited range of motion now walked and moved with good balance, a restored range of motion, and improved posture. A quadriplegic, who could barely walk, did the same. For both, it was a long six months with slow improvements. A doctor, who specialized in promoting aerobics at malls, discovered that ten minutes of his Tai Chi promoted the same healthy signposts as twenty minutes of aerobic exercise. Personally, I lost my yearly bouts with bronchitis — they simply disappeared. In every way, Tai Chi personified health.

The creator of the short form in the Yang style Tai Chi was Cheng Man Ching. He came to New York and established a following, catapulting the Yang short form to the most popular Tai Chi form on the planet. Cheng Man Ching took up Tai Chi as a child and worked on it when he got sick. It was his health care system. After contracting Tuberculosis, he practiced over 100 movements of the long form daily. In one month, the bleeding and coughing stopped, and in one year, the Tuberculosis disappeared.
`
Cheng Man Ching created the short form as a solution for those who could not afford health care. The long form was simply too long for most people to learn. The short form, with only 37 moves, quickly gained popularity and spread throughout China before the advent of World War II.

My regular practice continued without interruption. The mix of martial art combinations varied from year to year until I found the right mix. It allowed me to practice daily without feeling the pain of working out.

The internal Kung Fu arts like Tai Chi are all extensions of Qi Gong and are considered moving meditation. Meditation brings focus, calmness, and awareness to the growing list of health benefits gained from Tai Chi. 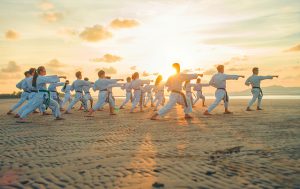 Tai Chi gently warms up the joints, increases range of motion, improves balance, lowers blood pressure, flushes the entire lymph system, and has the same effect as twenty minutes of a cardio workout.

Out of thousands of students of Tai Chi, I rarely find one who does the form regularly because they simply cannot remember it. They do what they can. A Tai Chi master always asks the senior student to learn the reverse of the form. It is rare to find anyone who knows the form in reverse.

David Scott created the Movement Within site in February of 2005 to create holistic, educational, and musical works which serve to feed the inner spirit. The vision is to help discover and solve the root causes of health problems, and to manage education with joy so that the process of learning becomes easier. It is his life-long quest to find practical solutions to common health problems.
He continues to acquire and refine his skills in a Holistic Health practice. | movementwithin.com

Maintaining Vascular Health as We Age

Posted on September 15, 2021 Author: Mike Shaw PA-C There’s a quote that says you are only as old as your arteries and I say there is a lot of truth to that. The ...
VIEW BLOG ARTICLE

Preventing Pain as We Age

Posted on September 15, 2021 Author: Dustin Moffitt, ND Does it often feel like every passing birthday brings new aches and pains? These pains not only affect how ...
VIEW BLOG ARTICLE

Posted on March 8, 2021 Author: Dustin Moffitt, ND A three-letter word we all dread, O-L-D. The feeling of time growing on our bodies as our youth trails ...
VIEW BLOG ARTICLE