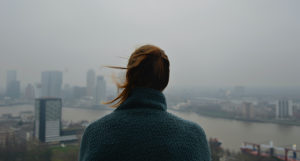 Hydrogen is the most abundant molecule on the planet. If it weren’t for hydrogen and oxygen, life would cease to exist because hydrogen and oxygen form water and we rely on water to survive. I have been interested in hydrogen because of its ability to act as a free radical scavenger.

A free radical results when an oxygen molecule splits, leaving two separate atoms that have unpaired electrons. The electrons that are unpaired seek out other electrons so they can once again become a pair. This can start a cascade of destabilizing other molecules, creating even more free-radicals. This process creates inflammation and can eventually damage cells, proteins, and even DNA.

Free radicals are a normal part of living. They are the natural byproducts of many chemical reactions in the body. Any organism that breathes, moves, or digests food, uses oxygen for combustion and produces free radicals. However, there are certain foods, chemicals, and activities that increase the production of free radicals and lead to greater oxidative stress. Consumption of fried foods, alcohol, smoking, air pollution, pesticides, and even intense exercise can increase the production of free radicals. While you may be able to avoid some of these things, others might just be a result of the environment that you live in.

The good news is that there are things you can do to help protect yourself from oxidative stress. One of those things is the daily consumption of “hydrogen water.”

What is Hydrogen Water? 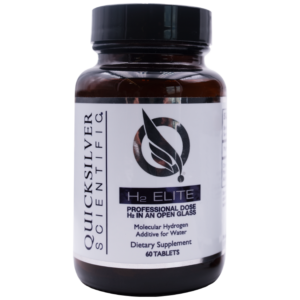 Hydrogen (H2) is now available in an oral form tablet that uses a proprietary blend of magnesium. You place the tablet in water and it releases billions of hydrogen ions and saturates the water. When you drink the water, the hydrogen enters the blood and will seek out the unpaired oxygen molecules (free radicals) and latch onto them. When the hydrogen and oxygen join forces, water is formed and your body is able to excrete it as it normally would. Drinking hydrogen water daily helps prevent oxidative stress and may even reverse cellular aging.

There are so many different inflammation linked issues that decrease our lifespan and accelerate the onset of disease. Anything that can squelch the free radical bombardment that causes inflammation can have a positive impact on your health. Drinking hydrogen water is something that requires little effort and can easily be incorporated into your life.

Staying Well in the Time of COVID

Posted on December 9, 2020 Author: Ron Hunninghake, MD “Health is not valued till sickness comes.” – Thomas Fuller I thought it might be helpful to review some of ...
VIEW BLOG ARTICLE

Anti-Aging from the Inside Out: An Introduction to NAD+

Posted on November 9, 2020 Author: Mike Shaw, PA-C, ABAAHP Nicotinamide Adenine Dinucleotide, or NAD+ for short, is a coenzyme found inside every cell in the ...
VIEW BLOG ARTICLE