Is Bioidentical Hormone Replacement Therapy Right For You? 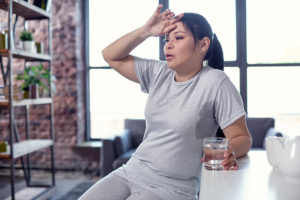 Both women and men experience a decrease in key hormones such as estrogen, progesterone and testosterone as they age. Often this change comes with unpleasant symptoms. Bioidentical Hormone Replacement Therapy replenishes the hormones the body needs to function, helping to alleviate symptoms and discomfort associated with perimenopause, menopause, and andropause (male menopause) .

What are bioidentical hormones?

Bioidentical hormone replacement therapy uses hormones that have the same chemical structure as those made in the human body. The term “bio-identical” does not indicate the source of the hormone, but rather indicates that the chemical structure of the replacement hormone is identical to that of the hormones naturally produced in the body. Structural differences may be responsible for the side-effects typically experienced with traditional hormone replacement therapy. 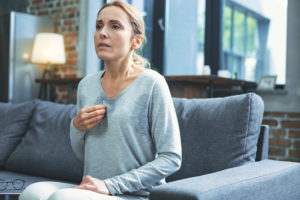 Estrogen is known as the “female” hormone that gives women their uniquely feminine characteristics (Men also make estrogen, but in much smaller quantities). There are three types of estrogen produced in the body, Estriol (E3), Estradiol (E2), and Estrone (E1). All three Estrogens naturally decline with age, and are often prescribed in various combinations to reestablish normal physiologic function.

In addition to treating menopausal symptoms in women, research has shown that ERT may be effective in decreasing the risk of Alzheimer’s disease and colorectal cancer.

Testosterone is known as the “male” hormone, but is produced in both men and women. It is most often associated with sex drive and plays a vital role in sperm production. Levels naturally decrease with age and can affect bone and muscle mass, fat storage, and red blood cell production. Testosterone levels may also affect mood in men.

Testosterone replacement may help ease symptoms of menopause and protect against osteoporosis, obesity and diabetes in women. TRT is the central treatment for andropause symptoms in men.

Progesterone plays a large role in fertility and menstruation. It is often prescribed during perimenopause when women often experience dramatic hormone fluctuations. Like all the other sex hormones, progesterone levels decrease with age.

Progesterone replacement may be used alone or in conjunction with the other hormones to help ease hormone related symptoms.

Most bioidentical hormone therapy does require careful monitoring and initial testing to make sure you are a good candidate for treatment.

Your Hormones: Why You Need Them, Why You Can’t Live Without Them

Posted on July 1, 2014 By Mike Bauerschmidt, M.D., C.C.T We human beings are a curious bunch. By “curious” I mean, not only that we want to know why things ...
VIEW BLOG ARTICLE