Fatigue and the Role of Mitochondrial Dysfunction 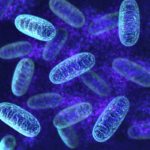 Mitochondria are tiny factories in our cells that create ATP, providing energy for the cells’ functions. The production of ATP also generates free radicals known as reactive oxygen species (ROS). Oxidative damage from ROS is considered to be an important factor in the physiologic decline characteristic of aging and chronic diseases. These R0S can damage cellular lipids, proteins, and DNA.

In healthy cells there are ways to address ROS such as enzymes and antioxidants created by the cell that keep the ROS at normal levels, preventing damage of cellular molecules. Some dietary antioxidants can also help keep ROS under control. Mitochondrial dysfunction is directly related to decreased production of ATP as well as being directly related to excessive and chronic fatigue. Fatigue is the most common complaint in a medical office and is an important secondary condition in many disease states.

Below is a discussion of a number of supplements that have shown promise in treating fatigue caused by mitochondrial dysfunction.

Alpha-Lipoic Acid acts as an antioxidant and an anti-inflammatory. It also helps restore mitochondrial glutathione and increases ATP production.

L-Carnitine is involved in the transport of fatty acids into the mitochondria. L carnitine deficiency has been associated with mitochondrial dysfunction, insulin resistance, cardiomyopathy, and renal disease. Like alpha-lipoic acid, it has been shown to reverse age-related decline in cellular glutathione and also improve the activity of muscle mitochondria.

Nicotinamide Adenine Dinucleotide (NADH) works to promote the production of ATP in the mitochondria but also acts as a strong antioxidant. Niacin is a precursor of NADH but recently stabilized oral NADH supplements have become available. Non-stabilized NADH is prone to oxidation and degradation.

Membrane Phospholipids Dietary replacement of mitochondrial membrane phospholipids using food-derived molecules to remove damaged, oxidized membrane lipids in the mitochondria has been effective at improving mitochondrial function and the symptoms of fatigue, fibromyalgia and other syndromes associated with fatigue.

This list of supplements has been found in studies to be effective in addressing mitochondrial dysfunction and fatigue. These supplements seem to have a synergistic effect and do not seem to be as effective if used separately.

Work with your physician to find the right combination and dosages for you. To schedule an appointment with a Riordan Clinic provider, please call 800.447.7276.

Maintaining Vascular Health as We Age

Posted on September 15, 2021 Author: Mike Shaw PA-C There’s a quote that says you are only as old as your arteries and I say there is a lot of truth to that. The ...
VIEW BLOG ARTICLE

Preventing Pain as We Age

Posted on September 15, 2021 Author: Dustin Moffitt, ND Does it often feel like every passing birthday brings new aches and pains? These pains not only affect how ...
VIEW BLOG ARTICLE

My Journey with Tai Chi

Posted on August 3, 2021 Author: David Scott It began in 1975. In exchange for teaching him songwriting and guitar, a Tai Chi instructor offered me lessons. He ...
VIEW BLOG ARTICLE