Minerals are all around us on the earth. They are found in the soil and taken up by the roots of plants and concentrated. These micronutrient minerals are essential to our health.  Some of the more talked about minerals are ones like calcium, magnesium, sodium and zinc. This article will focus on one of the lesser known, but incredibly important, minerals – sulfur!

The sulfur compound that we consume as part of our diet is called methylsulfonylmethane, or MSM. This is the oxidized metabolite of dimethyl sulfoxide, or DMSO. Both of these provide biologically active sulfur, which is the fourth most plentiful mineral in the body (behind calcium, phosphorus, and potassium).

The sulfur cycle primarily begins in the ocean. Algae and phytoplankton release sulfur compounds that get converted into DMSO and MSM in the presence of ozone and ultraviolet light. These water soluble compounds fall to earth in rain and are taken up by plants, which concentrate them up to 100-fold. (1)

Sulfur is also found in high concentrations in the earth’s core. Therefore, naturally occurring sulfur is present in large quantities around areas of volcanic eruptions and hot springs. People travel long distances to bathe in these sulfur-containing baths to maintain a youthful appearance and treat a variety of skin conditions.

As a supplement, MSM is a very safe way to ingest the biologically active form of sulfur. Virtually no adverse side effects have been reported in the research. Some people report mild digestive symptoms if they take too much. Because MSM helps promote detoxification in the liver, some people have also reported headaches or symptoms related to rapid detoxification.

The list of benefits of getting additional sulfur through MSM is quite extensive. Conditions that have improved include:

How is it that one compound can help with so many different conditions? The reason is that MSM is a very important repair molecule. It contains both sulfur and two methyl groups attached to it. Methyl groups are required components of a process in the body called “methylation”. This is very important for DNA replication and repair.  Sulfur is required for collagen synthesis and repair. Collagen is an essential component of skin and joint cartilage. 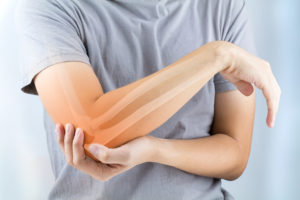 According to the CDC, over 30 million Americans suffer from osteoarthritis. (2) This is an inflammatory condition of the joints that creates breakdown and deformity of joints all over the body. One of the most well-known uses for MSM is for people who suffer from this painful, debilitating condition.

According to Dr. Stanley Jacob, “Joints are lined with cartilage, which is composed of several types of connective tissue. Glycosaminoglycans (GAGs) are the fundamental building blocks of joint cartilage, and GAG molecules are linked together in chains by disulfide bonds. As the name implies, these bonds are between two sulfur molecules. The disulfide bridges reduce conformational flexibility of GAG chains, making cartilage firm and resilient. Cartilage integrity is thus a sulfur-dependent state.” (1)

In equine studies, it has been shown that the sulfur concentration of their cartilage is about one-third that of healthy, non-arthritic joints. (3) This suggests that the inflammatory and degenerative state of the joint may be linked, in part, to reduced sulfur content.

In addition to helping with collagen repair, MSM and its sulfur content also have been shown to be anti-inflammatory. Both ingested and applied topically, MSM has been shown, in vitro, to reduce potent inflammatory markers like NF-kB, prostaglandin E2, and interleukin 6. (4) MSM can also reduce pain, reduce muscle spasms around joints, decrease formation of scar tissue, and improve blood flow.

The original patented use of MSM was authorized for the improvement of skin quality and texture because it donates sulfur to keratin. (5) This, combined with its anti-inflammatory properties, makes it a great treatment option for skin issues such as rosacea, skin discoloration, slow wound healing, and burn healing. In addition, because MSM donates sulfur to keratin and promotes collagen production, it is an important catalyst for repair of fine lines, wrinkles, dark pigmentation, sun damage, and scar formation.

The sulfur and methyl groups in MSM are also important components for building the master antioxidant and detoxification molecule in the body called glutathione. Production of glutathione gets upregulated in the body when we get exposed to environmental toxins such as heavy metals, herbicides and pesticides, and inhaled pollutants.

Sulfur containing compounds, such as MSM, play an important role in supporting our innate immune response. The modulating effect of MSM, on both the antioxidant and inflammatory systems in the body, makes it an important immune support.

In addition, MSM is an important modulator of stress. Chronic stress can have a suppressive effect on the immune system. Pure MSM is found in the adrenal cortex, which produces important hormones in the body such as cortisol (regulates stress and blood sugar) and aldosterone (regulates blood pressure). Chronic stress of the adrenal glands could easily deplete MSM.

In vitro studies have shown the effect of MSM on certain cancer cells. MSM has found to induce apoptosis (cell death) in gastrointestinal cancer cells, hepatic cancer cells, and colon cancer cells. (5) In addition, there is promising research for MSM inhibiting cell growth or proliferation in other cancer cell lines such as breast, esophagus, stomach, liver, bladder, and skin cancers. (7) 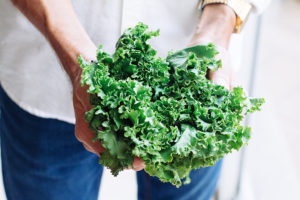 MSM is found in highest concentrations in fruits and vegetables (leafy green vegetables, alfalfa sprouts, tomatoes, apples and raspberries). You can also find it in some beverages like coffee, beer, tea and raw milk. However, to reach therapeutic benefits of MSM, supplementation is most likely necessary. Most people can safely work up to a dose of 4000mg. It is best to take MSM in divided doses throughout the day because it has a short half-life in the body. The powdered form of MSM can easily be added to water and sipped throughout the day for best absorption. MSM can also be found in creams and lotions that can be applied topically to reduce joint pain and for anti-aging effects on the skin.

For those who require additional sulfur for healing of joints and skin and reducing inflammation, MSM is a great option. Due to its safety profile, MSM can be used by most people with very few side effects. It is worth trying if you have chronic inflammatory issues, or if you just want to get rid of a few wrinkles and look a bit younger!

Posted on November 30, 2017 12 Months to a Healthier You: Month 12, Making Sustainable Change Author: Dr. Anne Zauderer For those of you who have been following ...
VIEW BLOG ARTICLE

Posted on November 2, 2017 12 Months to a Healthier You: Month 11, Quality Sleep Author: Dr. Anne Zauderer One of the most common symptoms that people have today ...
VIEW BLOG ARTICLE