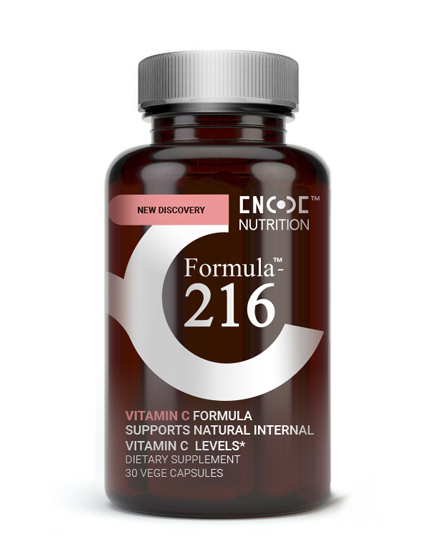 It was futurist Ray Kurzweil who said the speed of information is accelerating at such an exponential rate that discoveries are being made that can’t be put into practice before another more advanced innovation is reported that would replace it.

A giant leap in modern medicine’s understanding of vitamin C is now taking place. The Riordan Clinic is leading the way. It is the chosen research center for a remarkable discovery in progress. With no exaggeration, this may be the greatest development ever in the history of medicine. Here is why.

There is no misplaced or undeserved hyperbole to say the restoration of internal vitamin C synthesis in humans would be the greatest health discovery of all time.

Humans are genetically flawed – most mammals internally produce vitamin C. Fruit bats, Japanese kill fish, primate monkeys, guinea pigs and humans do not. Animals that endogenously synthesize vitamin C do not have heart attacks, do not exhibit brain plaque, maintain a youthful appearance throughout most of life, and will not develop cancer, even when cancer cells are injected into their tissues and organs.

The single-gene genetic flaw is in the liver. Four enzymes produced in the liver convert circulating sugars (glucose, sucrose, fructose) to a sugar-like molecule called ascorbate (aka vitamin C). Sometime long ago in human history the GULO gene that produces the last of those four enzymes (Gulonolactone oxidase) mutated. This single-gene mutation made humans totally reliant upon the diet to maintain healthy vitamin C levels.

Decades ago it was biochemist Irwin Stone who said this gene mutation has never been fully corrected by the diet. Stone estimated humans once produced 1800-4000 milligrams of vitamin C daily, and more under stress. Modern Americans consume ~110 milligrams of vitamin C from their diet. Even most avid dietary supplement users still fall short of what the human body internally produced many generations ago.

When physical or emotional stress occurs, animals release sugar stores into their blood stream in order to provide extra energy to flee a threat to life, such as when animals face predators. Under stress, a 170-lb goat will produce thousands of milligrams of vitamin C. With the loss of internal vitamin C synthesis, humans have lost their ability to biochemically respond to stressful conditions.

The fact that oral vitamin C from the diet and supplements is rapidly excreted in urine flow makes it difficult to maintain healthy blood levels of this essential nutrient.

A simple answer to this problem is to take vitamin C throughout the day. A 500-milligram ascorbic acid pill taken every 4-6 waking hours would approximate what Irwin Stone proposed long ago. But that doesn’t meet the demand for vitamin C under stressful conditions. Diseases such as diabetes and cancer, infection and progressive aging massively increase the need for vitamin C. Health habits like tobacco use, alcohol intake, and eating iron-rich foods deplete vitamin C.

Revealing animal study: can data be extrapolated to humans?

A remarkable animal study, recently conducted by researchers in Canada, reveals more of the dynamics involved in vitamin C. Laboratory mice were genetically altered so their GULO gene was not operational. GULO-gene intact animals lived 24 months. Additional vitamin C did not extend their lifespan. The GULO-gene mutated animals only lived 8.5 months. This experiment mimics the current human condition.

Biologists now believe humans, like these lab animals, only live about a third as long as they were designed to live due to the lack of vitamin C. So a group of the GULO-gene flawed mice was given supplemental vitamin C to achieve the same blood levels (60 micromole concentration) as mice with an operational GULO gene. The vitamin C-fortified mice lived approximately 24 months. Their full lifespan and health span was restored!

Humans are a bit more complicated than animals that are confined to a laboratory cage. Modern humans are exposed varying degrees of solar radiation, toxic chemicals, heavy metals, and an over-abundance of food that induces metabolic challenges.

Virtually every human malady, including aging, involves the process of oxidation.

As biologists gained a greater understanding of human genetics, they realized the genetic START and STOP signals to produce the GULO enzyme are intact. But there is an inherited premature STOP code in the GULO gene that results in a partial protein (enzyme) being produced, which is then discarded. That is the human predicament.

Now to face the challenge of how to edit the GULO gene to restore its function. Biologists have learned that antibiotic molecules can read-through STOP codes and correct single-gene mutations. Is there a molecule on the planet that can do that to the GULO gene?

Researchers in Europe were testing a molecule extracted from olives for safety. They employed a high dose and gave it to humans. All of the tests of urine, blood, liver enzymes, blood sugar, were normal except one – unexpectedly, vitamin C levels doubled!

Did the biologists realize they may have edited the GULO gene with an olive molecule? We don’t know because subsequent genetic tests have not yet been done.

Historical review of past medical literature reveals a few reports of humans who were found to produce their own vitamin C, including fetuses in their mothers’ womb, children in a tribe in Africa, and a few others. Did these people somehow edit their GULO gene?

The olive extract was assembled into a dietary supplement with co-factors (zinc, vitamins A & D, and bioflavonoids) that activate white blood cells. This formulation of nutrients has been branded under the trade name FORMULA-216.

Let’s go back to those lab animals. When vitamin C levels were dietarily restored in GULO-gene flawed mice, they lived 24 months, as long as the mice that naturally secreted vitamin C. These C-supplemented animals lived most of their lives without the visible symptoms of aging – grey hair, wrinkles and diminished vision. Could this be achieved in humans?

The possibility of achieving healthy longevity in humans via correction of this gene flaw became real. The vitamin C-fortified lab animals lived 2.7 times longer than animals with a dysfunctional GULO gene. If this data were extrapolated to humans who now live 60-80 years, then humans could live an astounding 162-216 years. That is how FORMULA-216 got its name.

The first results are in

FORMULA-216 was put to the test at Riordan Clinic. The urine levels of the first five human subjects showed elevated amounts of vitamin C were being excreted. Research moved forward to blood tests – on average, vitamin C blood levels doubled in all five subjects taking FORMULA-216! These test subjects achieved blood concentrations similar to the long-living laboratory mice. Did the ingredients in FORMULA-216 edit the flawed GULO gene?

More intriguing, it appears FORMULA-216 facilitates a 24-7 production of vitamin C – that is, it is the world’s first stress-responsive vitamin C pill.

Some of the initial anecdotal reports received from FORMULA-216 users include sharper visual acuity, fast recovery from colds and sore throats, and even abolishment of hangover symptoms. Is this really happening?

What was only imagined is now becoming reality

Irwin Stone could only dream of the day when geneticists would restore vitamin C synthesis in the human body. Perhaps that day is upon us. Riordan Clinic may be leading modern medicine away from treating each and every age-related disease as they occur, towards a day when health is maintained for far longer periods of time than ever imagined.

Will humans one day soon look back at the archaic days when people only lived 60-80 years? Will we be able to look in the mirror without grey hair and wrinkled skin? That is what vitamin C-secreting animals experience. Perhaps a new era will be ushered in when age-related disease is only experienced at the end of a very long and healthy and youthful life. For those individuals who fear living so long, the answer to the question “how long do you want to live?” is “as long as I am healthy.”

Riordan Clinic is continuing rigorous testing of FORMULA-216 and will include it in various therapeutic and preventive protocols. Stand by for further test results.

Bill Sardi, Ph.D. is a health journalist and dietary supplement formulator working from La Verne, California. You can find more information about him and his articles at www.knowledgeofhealth.com and EncodeNutrition.com.

Posted on September 15, 2021 Results of preliminary clinical tests are in and they confirm that the unique array of ingredients in FORMULA-216TM double blood serum ...
VIEW BLOG ARTICLE

Bridging the Gap in Cancer Care