Foreword to the Death by Calcium Foreword

If you are taking supplemental calcium, it may be hurting your long term health!
Foreword (as previously published in Death by Calcium with permission from Dr. Thomas Levy.)

The Personal Dimension of My Concern

“Dr. Ron, we’ve got to figure out this
family osteoporosis curse!”

My cousin’s pleading words stopped me in my tracks outside the church where we had just attended her mother’s funeral service. Aunt Lucile was the fifth of nine beautiful sisters to die a horrible 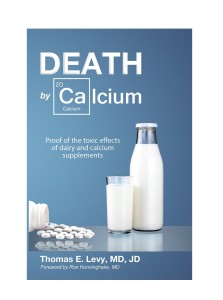 death of intractable pain and prolonged disability from a series of severe spinal compression fractures.

As a family physician, I was perplexed. My deceased aunts had grown up on the farm in a close-knit family. Except for one sister, they had not smoked. They ate well and were active. Except for hypertension and one instance of coronary artery disease, they were all relatively healthy. Despite this, they had each died with profound osteoporosis.

My mother attended Lucile’s funeral. She was second to the youngest of the nine and still alive in her early eighties. She too had lost several inches of height and complained of back pain. She was taking her bisphosphonate medication, her calcium supplement, and walking fairly regularly. Her DEXA scans were nevertheless dismal. I kept asking myself: what was missing?

Then it struck me: were they getting too much of something?

Since people in the United States consume more supplemental calcium than anywhere else on the planet, why does the U.S. have a higher incidence of osteoporosis than any other country?

Could the entire modern paradigm of osteoporosis prevention and care be based upon a false assumption? Were my aunts victims of a calcium mythology born of the aggressive marketing of dairy and the overly simplistic viewpoint that weak bones are just a calcium deficiency.

Originally, the government’s Recommended Daily Allowances (RDAs) were advanced in wartime to assure the bare minimums of human nutrition. Over time, the RDAs came to ignore circumstances surrounding their original formulation in the admittedly complex issues that surround nutritional science. RDA committees often “sold out” to the marketing interests of the U.S.D.A. over the actual nutritional needs of the American consumer. This collusion evolved into a complex web of nutritional mythology and marketplace salesmanship that has left the United States ranked 33rd in overall life expectancy, and #1 in cost of health care.

Broadening My View of Clinical Nutrition

In 1989 my medical career took a surprising turn. I became the medical director of the esteemed Riordan Clinic in Wichita, Kansas. Its founder, the late Dr. Hugh Riordan, was a medical maverick who believed that the complex importance of human nutrition could not be reduced to such Madison Avenue platitudes as “Got milk?” or “Eat bananas for potassium!” 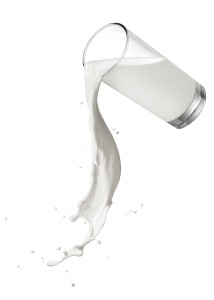 Under Dr. Riordan’s mentorship I learned to question this mass marketing of nutritional assumptions. Instead, I sent thousands of seriously ill and frustrated patients for testing at one of the first truly nutritional labs, the Bio-Center Laboratory, an arm of the Riordan Clinic. I wanted to objectively assess their nutrient reserves, hormonal imbalances, digestive disorders, food intolerances, undiagnosed infections, and environmental toxicities in a medically disciplined way. My goal was to discern correctable underlying causes of their sustained illness. Dr. Riordan’s dream was for a new medical paradigm of solid clinical nutrition.

Dr. Roger Williams, a famous nutritional pioneer, taught that quality nutrition is not simply more or less. Quality in this context means the right amount of the correct nutrients and whole foods geared appropriately to the individual’s needs.
What is right and correct for the individual has to be informed by standards of scientific evidence gathered from both large population studies and measurements of each individual’s unique genetic and epigenetic requirements and tempered with a lot of common sense. 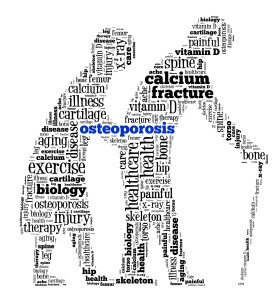 Even as billions upon billions are spent on medical research and treatments, millions of victims go on suffering and dying from cancer, heart disease, extreme osteoporosis, chronic fatigue syndrome, diabetes, obesity, mental illness, and autoimmune disorders. When questions arise as to why, the answer is all too often, “We just don’t know why these diseases occur.”

This is not a complaint against the many dedicated and often selfless health professionals that spend their lives fighting disease. As one of my former partners so aptly lamented, his whole medical career had been largely consumed by the diagnosis and careful documentation of the prolonged demise of his patients. He was a fantastic primary care doc. Then he himself died of renal cancer.

Isolated nutrients were never meant to work by themselves. They work cooperatively and synergistically as team members. Calcium is no different. We need calcium. We need it for healthy bones, teeth, and many other functions. In this amazing book, Dr. Levy eloquently shows us that we don’t need too much calcium! We need the right amount of calcium as part of a balanced team of nutrients.

Orthomolecular medicine is a term that was first coined by the great two-time Nobel prizewinner, Dr. Linus Pauling. “Ortho” means “right” or “correct.” Not too much or too little. Nowhere is “ortho” more important than in the field of nutrition.

Rather than a simple rant against excess calcium, Dr. Tom Levy paints a comprehensive portrait of a new nutritional medicine—an “ortho” molecular medicine—where we as a culture once again recognize our organic roots in nature. Our bodies depend on the correct balance of the right nutrients ideally coming from natural whole foods in the context of a well-lived, balanced lifestyle. That’s where health comes from.

Modern medications are important tools, but they cannot substitute for comprehensive nutritional and lifestyle care. More and better synthetic molecules are not going to save us from the ongoing harm we are ignorantly doing to ourselves.

The Path to Health Requires a Radical Shift in Thinking

My cousins, my mother, my patients, and my community have been looking to me for help. They are afraid. All around they see average people getting hit with devastating illnesses for which the treatment options are either exorbitantly expensive or fraught with serious side effects…or they are simply not working. This is especially true for many of the new osteoporosis medications.

Victory against any and all diseases will not be won until we begin to think correctly about health. Dr. Levy is a master at gathering pertinent data from the medical literature and distilling that data into comprehensive protocols that address the real sources of sickness and disease. Rather than promoting a magic bullet, he offers the truth along with a sound and practical way of using it to achieve real and lasting health.

Death by Calcium provides a powerful reorientation that I believe will help the reader find his or her way back to healthier bones, cleaner arteries, less inflamed joints, better immunity, higher 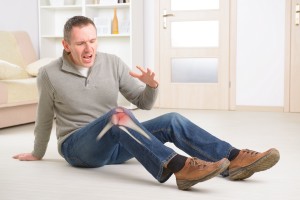 energy levels, and a lowered risk of diabetes and cancer.

Although written with the layman in mind, the information, science, and substantiation that Dr. Levy has interwoven throughout the book are hefty enough to convince the critical medical professional who is willing to lay aside prejudice long enough to evaluate the evidence.

If the general direction of medicine in America is going to ever move away from a business-model to a nutrition-based healing paradigm, it is going to take people like Dr. Levy and books like this one to keep clearing the path.

And it can be done. I have seen it work in over 10,000 “colearners” who have showed me IT CAN WORK for the past 24 years of my medical practice at the Riordan Clinic. This book scientifically validates what I and these patients have worked so hard to create: a rational approach to better nutrition, less infection and toxicity, resulting in a more hardy constitution in those who are willing to do the hard detective work of learning how to take better care of themselves.