Niacin and Schizophrenia: History and Opportunity

Niacin and Schizophrenia: History and Opportunity

(OMNS Oct 27, 2014) Schizophrenia is usually treated with prescription antipsychotic drugs, many of which produce severe adverse effects (1-6); are linked to an incentive for monetary profit benefiting pharmaceutical corporations (7-13); lack sufficient evidence for safety and efficacy (9, 14); and have been grossly misused (15-20). Orthomolecular (nutritional) medicine provides another approach to treating schizophrenia, which involves the optimal doses of vitamin B3-also known as niacin, niacinamide, nicotinamide, or nicotinic acid-in conjunction with an individualized protocol of multiple vitamins. The orthomolecular approach involves treating “mental disease by the provision of the optimum molecular environment for the mind, especially the optimum concentrations of substances normally present in the human body” (21).

Evidence for the Niacin Treatment of Schizophrenia

Vitamin B3 as a treatment for schizophrenia is typically overlooked, which is disconcerting considering that historical evidence suggests it effectively reduces symptoms of schizophrenia, and has the added advantage, in contrast to pharmaceuticals, of mild to no adverse effects (22-35). After successful preliminary trials treating schizophrenia patients with niacin, pilot trials of larger samples commenced in 1952-reported in 1957 by Hoffer, Osmond, Callbeck, and Kahan. Dr. Abram Hoffer began an experiment involving 30 patients who had been diagnosed with acute schizophrenia. Participants were given a series of physiological and psychological tests to measure baseline status and were subsequently assigned randomly to treatment groups. Nine subjects received a placebo, 10 received nicotinic acid, and 11 received nicotinamide (the latter two are forms of vitamin B3). All participants received treatment for 42 days, were in the same hospital, and received psychotherapy from the same group of clinicians. The two experimental groups were administered three grams of vitamin B3 per day. Each of the three treatment groups improved, but the two vitamin B3 groups improved more than the placebo group as compared to baseline measures. At one year follow up, 33% of patients in the placebo group remained well, and 88% of patients in the B3 groups remained well. These results inspired many subsequent trials, and those that replicated the original method produced similarly positive results. 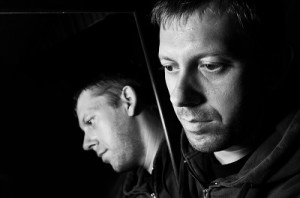 appears to have eluded the majority of the health care providers serving the schizophrenic population, as evidenced by the fact that “antipsychotic medications represent the cornerstone of pharmacological treatment for patients with schizophrenia” (36). Waves of different antipsychotic drugs have been developed throughout the last 60 years, which have not decreased the prevalence of schizophrenia; in fact it has increased (15, 37).

Although dangerous when taken in high doses and for a long period of time, the value of antipsychotics appears to be that in the short term they can help to bring some control to schizophrenic symptoms, not by curing the condition but by inducing a neurological effect that is qualitatively different from the schizophrenic state. Dr. Hoffer acknowledged their value and in his private practice he would introduce antipsychotics and vitamins simultaneously because antipsychotics work rapidly and vitamins work more slowly, so a person could benefit from the short term relief from symptoms that antipsychotics provide while the vitamins slowly, but surely, healed the deficiency causing the schizophrenic symptoms. This also allowed for a much easier process of tapering from the drugs.

Further research into the orthomolecular treatment of schizophrenia is imperative. Saha, Chant, and McGrath (38) found that mortality rates in schizophrenia have increased in recent decades and warned, “in light of the potential for second-generation antipsychotic medications to further adversely influence mortality rates in the decades to come, optimizing the general health of people with schizophrenia warrants urgent attention.” The orthomolecular approach may be, at least, an integral part of a treatment program that optimizes general health and leads to a life free from schizophrenic symptoms.

Questions abound regarding individuals’ experiences while on these different treatments. Particularly the psychological and relational, or, intrapersonal and interpersonal experience while on antipsychotics versus an orthomolecular treatment must be more thoroughly documented because it is in this domain that a person ascertains his/her quality of life. And only the person who has these experiences can provide such an account; no psychiatrist peering in from outside a one-way mirror on a person hearing voices, nor any brain image, nor any valid and reliable measure can ever reflect the person’s living qualitative experience as accurately as the person can. This is why I have designed a multiple case study to explore in depth the experiences of individuals successfully treating their schizophrenia using orthomolecular medicine. The central research question is: What is the experience of individuals with schizophrenia who switched from using antipsychotics to orthomolecular medicine to treat their condition?

A Call for Participants

Inclusion criteria for this study are: over age 18, diagnosed as having schizophrenia, treated for a period of time primarily with antipsychotics, and are currently treated by or were cured by an orthomolecular protocol. Participation will consist of three interviews with the researcher (in person or online video conference), each of which will focus on a distinct period: symptomatic but unmedicated, primarily using antipsychotic drugs, and primarily using orthomolecular medicine. The researcher will also request one interview with the orthomolecular practitioner if possible, the diagnosing psychiatrist if possible, and at least two close friends and/or family members about their experiences of relating with the primary participant during these different periods. Anonymity is guaranteed if requested.

I am a Psychology Ph.D. student and this is my dissertation study. I never had the privilege of meeting Dr. Hoffer, but his spirit, conviction, and massive production of great work have inspired my writing this dissertation. Toward that latter part of his career, he commented on the nature of schizophrenia treatment research:

Case histories have disappeared from journal articles, as if living patients no longer existed or counted for very much. Instead, authors describe their methods, describe what criteria they used in selecting their groups of patients which were used in their prospective double blind controlled studies, and provide ample charts and statistics. I have read many papers where it is impossible to get any feeling for a single patient. (29)

This dissertation attempts to address this deficit of qualitative data. The narrative accounts that multiple case studies yield are invaluable, and can be accessible and relatable for people in a position of gathering information about schizophrenia treatments for themselves or a loved one. This dissertation is not an attempt to prove the legitimacy of the orthomolecular treatment; Dr. Hoffer and others have dedicated their professional lives to that endeavor. This is meant to explore the experience of the treatment, especially as it compares to the experience of the antipsychotic treatment. I am recruiting from a very small population of people, so I ask you to consider participating if you fit the criteria, or pass this invitation along to someone you know who fits the criteria. I can be reached by phone (408) 840-1253 or email (fnickfortino@gmail.com) to answer questions and/or to begin the research process.