The Fat Truth about Cancer and Obesity!

There is scientific evidence that now links obesity with increased risks of the following cancer types:

One study, using NCI Surveillance, Epidemiology, and End Results (SEER) data, estimated that in 2007 in the United States, about 34,000 new cases of cancer in men (4%) and 50,500 in women (7%) were due to obesity. The percentage of cases attributed to obesity varied widely for different cancer types but was as high as 40% for some cancers, particularly endometrial cancer and esophageal adenocarcinoma.

A projection of the future health and economic burden of obesity in 2030 estimated that continuation of existing trends in obesity will lead to about 500,000 additional cases of cancer in the United States by 2030. This analysis also found that if every adult reduced their BMI by 1%, which would be equivalent to a weight loss of roughly 1 kg (or 2.2 lbs.) for an adult of average weight, this would prevent the increase in the number of cancer cases and actually result in the avoidance of about 100,000 new cases of cancer.

Several possible culprits that may link obesity with the increased risk of certain cancers are:

• Fat tissue produces excess amounts of estrogen, high levels of which have been associated with the risk of breast, endometrial, and other cancers.
• Obese individuals often have increased levels of insulin in their blood (a condition known as hyperinsulinemia or insulin resistance), which may promote the development of certain tumors.
• Fat cells produce hormones, called adipokines that may stimulate or inhibit cell growth. For example, leptin, which is more abundant in obese individuals, seems to promote cell proliferation, whereas adiponectin, which is less abundant in those who are obese, may have anti proliferative effects.
• Fat cells may also have direct and indirect effects on other tumor growth regulators.
• Obese individuals often have chronic low-level, or “sub-acute,” inflammation, which has been associated with increased cancer risk.

Other possible mechanisms include altered immune responses, effects on the nuclear factor kappa beta system, as well as oxidative stress.

Many studies have shown that being overweight and obese are associated with a modest increase in the risk of postmenopausal breast cancer. This higher risk is seen mainly in women who have never used hormone therapy and for tumors that express both estrogen and progesterone receptors. Overweight and obesity in some studies, by contrast, have been found to be associated with a reduced risk of premenopausal breast cancer.

The relationship between obesity and breast cancer may be affected by the stage of life in which a woman gains weight and becomes obese. Epidemiologists are actively working to address this question. Weight gain during adult life, most often from about age 18 to between the ages of 50 and 60, has been consistently associated with the risk of breast
cancer after menopause. The increased risk of postmenopausal breast cancer is thought to be due to increased levels of estrogen in obese women. After menopause, when the ovaries stop producing hormones, fat tissue becomes the most important source of estrogen. Because obese women have more fat tissue, their estrogen levels are higher, potentially leading to more rapid growth of estrogen-responsive breast tumors.

The relationship between obesity and breast cancer risk may also vary by race and ethnicity. There is limited evidence that the risk associated with being overweight and obese may be less among African American and Hispanic women than among Caucasian women.

As a holistic health practitioner, I prescribe herbs to most of my clients, as they can support almost every physical health issue or emotional complaint. They are gentle, effective, supportive and absorbed quickly—your body recognizes them as a food, as that’s exactly what they are, plan-ts, roots, bulbs, bark, flowers, berries, and seeds. Nature has given us the tools, now we just need to appreciate the value they provide and make the decision to improve our health in the most natural, supportive and effective ways possible.

Below are two of the most widely used herbs to normalize estrogen hormones, which seem to be directly linked to breast cancers. 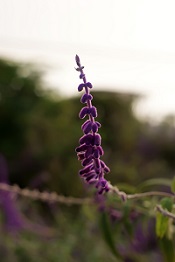 One of my favorite and most readily used female hormone-balancing herbs. It normalizes the monthly cycle while reducing the emotional symptoms of PMS such as irritability, sore breasts, spotting, erratic or missed periods, painful periods and infertility. It is also prescribed where the client has relative estrogen excess that results in the development of endometriosis and fibroids. This herb also indirectly supports a healthy balance of progesterone production.

CALENDULA (Calendula officinalis)
This detoxifying herb regulates the female reproductive system and relieves painful periods, as well as regulates estrogen excess (which may cause endometriosis). It’s also wonderful for the digestive system, healing gastritis and ulcers, and reducing inflammation of the stomach and bowels. I also use this herb for acne – it’s a beautiful antiinflammatory herb and a lymphatic cleanser. It stimulates the immune system, helps the body fight infection and reduces lymphatic congestion and swollen lymph glands.

As for controlling obesity, I always recommend a balanced whole food diet that will support optimal health and reduce the negative side effects of highly processed foods and artificial ingredients that contribute to obesity and cancer. Exercise is imperative to maintaining a healthy weight and body function. I recommend at least a 30 minute walk each day, as a starting point.

As always, consult your primary care physician regarding any new health regimen you are considering and Live Well!

Polednak AP. Estimating the number of U.S. incident cancers attributable to obesity and the impact on temporal trends in incidence rates for obesity-related cancers. Cancer Detection and Prevention 2008; 32(3):190–199