Obesity and the Risk of Cancer

According to the World Health Organization (WHO) criteria, a BMI greater than or equal to 25kg/m2 is overweight, while obesity is defined as having a BMI equal to or higher than 30 kg/m2. The marked increase in the worldwide incidence of obesity, particularly in children, has been noted by the WHO: worldwide there were 1.5 billion overweight and 500 million obese adults in 2008, and nearly 43 million children under the age of five were overweight in 2010.

Within the last four decades the prevalence of obese people in the United States increased and is currently 66% of adults with a BMI > 25 kg/m2 and half of those have a BMI of >30 kg/m2. However, according to the latest reports, after 30 years of constant rise, obesity rates in the United States appear to be stabilizing among both adults and children, probably as a result of obesity-prevention initiatives and efforts to address the nation’s obesity problem 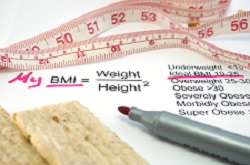 Consequently, the obesity–cancer link has recently received much attention. Obesity is responsible for approximately 20% of all malignancies, although its influence is gender and site specific. Obesity has increased the death rate in the United States by 52% in men and 62% in women.

Epidemiological studies have shown that obesity is associated with increased risk of several cancer types, including colon, breast, endometrium, liver, kidney, esophagus, gastric, pancreatic, gallbladder, and leukemia, and can also lead to poorer treatment and increased cancer-related mortality. It has been shown that cancers that are associated more with abdominal adiposity than with BMI predominantly include colon, premenopausal breast, endometrium, and pancreas tumours.

Cancer risk in obesity is different between ethnic groups in that African Americans appear rather susceptible to cancer, in contrast to Hispanics who appear to be relatively protected while the association of increased BMI with breast cancer is particularly strong in the Asia-Pacific populations.

The weight accumulation with age is linked to an increase in postmenopausal breast cancer risk in women, and the cohort studies have shown that breast cancer risk was lowered by 50% in women who intentionally underwent weight loss higher than 10 kg after menopause.

Concerning the role of childhood obesity in adult cancer, a study that evaluated cancer risk of subjects aged 2–14 showed that among these subjects the risk of cancer in adult life was increased by 9% in connection with increase in childhood BMI. Also, an excess of weight in teenagers was linked to doubling the mortality risk of colon cancer in adulthood.

The association between obesity and a higher cancer risk is mainly due to anthropometric parameters, or parameters of the human body, and lifestyle factors which activate different biological mechanisms.

Anthropometric parameters are BMI, weight increase, and the amount of body fat,

particularly visceral, or abdominal, fat. Lifestyle factors include sedentary habits and diet parameters, such as a hypercaloric and/or low-quality diet.

Both epidemiological studies in people and experiments in animals suggest that alterations in caloric intake or in quality of diet may significantly influence the risk of cancer development and progression. It is well known that caloric excess will lead to increased cancer incidence and that positive energy balance appears to promote cancer cell proliferation and tumour progression.

We do not yet have a clear scientific demonstration that avoiding increasing or reducing body weight significantly reduces the risk of cancer; however, the data from the surgical treatment of obese patients with a BMI higher than 40.0 are leading in this direction. In addition, the limited long-term calorie intake extended longevity (study in rodents).

It has been estimated that half of the cancers occurring today are preventable by applying knowledge that we already have. About one-third of cancers in high income Western countries are attributable to factors relating to food, nutrition, and physical activity.

Nine independent academic institutions worldwide and 17 cancer centers conducted systematic reviews on the causal relationship between food, nutrition, and of weight gain and obesity. A panel of 21 international experts in nutrition, cancer, and obesity, reviewed the evidence, drew conclusions, and made recommendations.

On the basis of evidence graded as “convincing” or “probable,” a series of 10 recommendations to reduce the risk of developing cancer was made.

One of the most important factors is maintaining a healthy weight throughout life, which can be achieved by regular physical activity and limiting the consumption of energy-dense foods and sugary drinks.

Other important dietary measures include consuming a diet high in plant-based foods, limiting intake of red meat, and avoiding salty foods and processed meat. Alcohol should be consumed in modest amounts, if at all.

The most popular hypothesis explaining the association between obesity and cancer is that of
lower insulin sensitivity. Excess body weight and adiposity are directly correlated with insulin resistance, compensated for by the stimulation of pancreatic insulin secretion, and this commonly results in hyperinsulinemia. Elevated insulin serum levels favor faster growth and increased aggressiveness of several cancers: colorectal, pancreatic, liver, postmenopausal breast, and endometrial cancers. 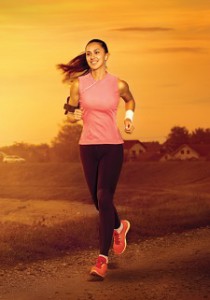 In women, BMI has been regularly correlated with breast, endometrium, and other cancers linked to hormones, since an increase in circulating sex steroids from weight excess is a well-known mechanism implicated in cancer development. Data from epidemiological studies
demonstrate that the postmenopausal risk of breast cancer increases in women with heightened levels of circulating sex steroids. Sex hormones are active in tumour cell growth and directly mediate the effect of obesity on cancer, in particular in tumours of the breast and the endometrium.

It has been established that fat tissue is an endocrine organ that produces and secretes polypeptide hormones, among which leptin and adiponectin are most abundant and involved
in cancer development. Leptin (from Greek “thin”), the “satiety hormone,” is a hormone made by fat cells which regulates the amount of fat stored in the body. It does this by adjusting both the sensation of hunger, and adjusting energy expenditures. Hunger is inhibited (sated) when the amount of fat stored reaches a certain level. Leptin is then secreted and circulates through the body, eventually activating leptin receptors in the arcuate nucleus of the hypothalamus. Leptin plays a key role in the regulation of appetite, food intake and metabolism. Higher leptin levels can be a factor for fostering cancer development and progression.

Leptin and Adiponectin have been subject to much study in cancer development. Adiponectin, that is exclusively secreted from adipose tissue, is a protein hormone that modulates a number of metabolic processes, including glucose regulation and fatty acid oxidation.

Obesity is correlated to chronic inflammatory response, with abnormally high cytokine production and the activation of proinflammatory signaling pathways. The subclinical low-grade chronic inflammatory state in obesity might be important in the initiation and promotion of cancer cells. Prospective studies have reported that an increase in circulating C-reactive protein (CRP) is associated with increased risk of colorectal cancer.

Antioxidant activities may be independently decreased by obesity, thus increasing systemic oxidative stress, in part through the inflammatory process and in part independently of other mechanisms.

Immune system alterations may be important in the higher incidence rates of cancer in obese patients since obesity has been correlated to a reduced immunocompetence, or normal immune response, in humans. Severely obese patients have a significantly lower natural killer cell cytotoxic activity as compared to normal individuals matched for age and gender.

In summary:
The following list shows the possible factors involved in the development of cancer in obesity.

Is Medically Supervised Weight Loss Right For You?

Posted on August 4, 2020 A poll conducted in 2018 estimated that one-half of all adults in the United States are on a diet at any given point during the year. ...
VIEW BLOG ARTICLE

Posted on September 10, 2018 I have struggled with my weight since high school. Then with my first pregnancy, I gained a considerable amount more. I’ve asked so ...
VIEW BLOG ARTICLE