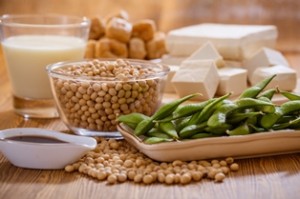 Japanese women, whose diets are high in plant-derived estrogens, particularly soy, experience little menopausal discomfort and report the lowest rates of coronary artery disease and cancer. This health phenomenon is attributed to the natural phytoestrogens they ingest. This super plant substance functions similar to 17 beta estradiol, which is attributed to producing estrogenic effects. Phytoestrogens in food and herbs are capable of exerting estrogenic effects, but are technically referred as “antiestrogens” because their activity is only two percent as strong as that of estrogen. In addition, since they are fifty times less potent than estrogens, the net effect of this natural source results in significantly less estrogenic stimulation. However, because of their low estrogen activity, they tend to balance the effect of estrogen.

There are several classes of plants that assist in hormone balance, which include isoflavones, lignans, coumestans, and resorcyclic acid lactones. Isoflavones generally occur in legumes, with the highest concentrations in soybeans and soy products. Randomized trials that show beneficial effect have been done with phytoestrogens in postmenopausal women. In one double-blind trial, 58 postmenopausal women were given daily supplements of either 45 grams of soy flour or 45 grams of wheat flour for 12 weeks. Results showed that soy flour produced a more rapid and continuous reduction (40%) in hot flashes, compared with wheat flour (25% reduction). Japanese women excreted far more isoflavonoids in their urine than did American or Finnish women. Isoflavonoid estrogens were excreted in 100-to 1,000 fold greater amounts by the Japanese women than endogenous estrogen excreted by all other test groups. This high intake of phytoestrogens may explain why hot flashes and other menopausal symptoms occur less frequently among Japanese women. 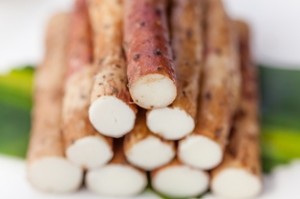 The estrogenic effects of phytoestrogens may also reduce the risk of osteoporosis and fractures. Genistein is one of the most important isoflavones. A metaanalysis of the effects of soy consumption on lipid levels concluded that total cholesterol, low-density lipoprotein cholesterol, and triglyceride levels can be significantly reduced by three servings of soy products per day, with phytoestrogens accounting for 60% to 70% of the effects. Some of the commonly used herbs for relief of menopausal symptoms include black cohosh, chasteberry, dong quai, and wild yam. I shared the benefits of those herbs last summer in a Health Hunters article.

Bioidentical or “natural hormone replacement therapy” is all about using hormones derived from a commonly available herb, usually wild yam or soy, and in turn, made to be the bioequivalent to human hormones in the laboratory. Therefore, they should be called “quasi-natural” instead of their common name “natural.” Yam is a wonderful example of this super food; however, increased demand for wild yam and other Dioscorea species has caused excessive harvesting. In fact, wild yam is already on the United Plant Savers “at risk” list.

Natural hormone therapy involves taking the three forms of estrogen, progesterone and testosterone because varying levels of all of them are naturally found in the body. The combination of estrogens in a medication form is called Triest.

How natural hormones are administered 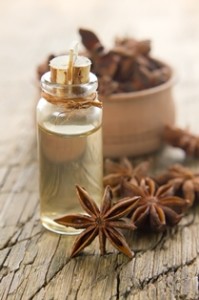 The most commonly prescribed delivery forms are capsules, sublingual tablets, and creams and ointments. Less utilized forms are suppositories and nasal sprays. According to the “Essential Oils Desk Reference” (compiled by Essential Science Publishing), many women, ages 40-plus, have found that essential oils effectively combat PMS and menopause problems. Oils with estrogen-like activity include fennel, anise, and sage. To raise estrogen levels, these oils can be combined in equal proportions in a double 00 capsule (available online or in health food stores) and ingested 2 to 8 capsules per day. It was also suggested to monitor the estrogen levels through blood testing every 30 days until you have reached the level you want. Research at the Young Living Oil Clinic has shown that ingesting these oils up to eight per day does not cause side effects or toxicity to the human body or liver. One product I found interesting is a body cream, which contains progesterone, pregnenolone (a precursor to progesterone and estrogen), estrogen producing essential oils, mentioned above, blue and black cohosh.

The relationship between the onset of menopause and diet

A diet with good quality and quantity of protein and one high in B complex food may help delay the onset of menopause by supporting the pituitary gland, which regulates the ovaries and the female cycle. Foods high in good quality protein are fish, organic milk products such as yogurt, cottage cheese, eggs, whole grains, legumes, nuts and seeds. Other common foods high in vitamin B include green vegetables, whole grains, wheat germ, and brewer’s yeast. 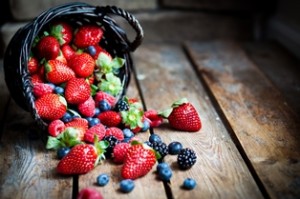 Nutrition to prevent osteoporosis after menopause

Osteoporosis is a common problem of menopausal women. There are no discrete early symptoms of osteoporosis and the manifestations of observable warning signs, such as periodontal disease, loss of height, or changes in the curvature of the spinal column are late stage indicators. To maintain healthy bones during menopause, women should include adequate intake of the minerals magnesium, manganese, phosphorus, strontium, calcium and silicon in their diet. Vitamin D levels also decline during menopause, and are necessary to assist with the absorption and utilization of calcium. An easy way to getting an adequate dose of this vitamin D is 15 minutes of direct sun exposure daily. For optimal bone health, make sure to include vitamin K and boron in your daily diet, as they work together to incorporate calcium into your bones. Nutrition to prevent heart disease after menopause Risk of coronary heart disease (CHD) is much lower for women than for men of comparable age. Women’s risk, however, increases significantly after menopause. This is because estrogen has a protective effect on women’s hearts. Unfortunately, the level of estrogen drops significantly after menopause. This makes postmenopausal women more prone to develop CHD. There is no magic pill to prevent heart disease after menopause. The most important thing is to eat healthy and concentrate on nutritious foods that nourish the heart and the circulatory system. The best foods that protect and nourish the heart are ones that contain beneficial vitamins and antioxidant components like polyphenols or flavonoids. Antioxidant foods—including fruit especially berries such as strawberries, blueberries, raspberries, hawthorn berries, vegetables, nuts, whole grains and legumes. Please remember bioidentical hormones, when given in appropriate doses, relieve symptoms of menopause; but may trigger side effects. Typically, side effects from natural health regimens are minimal, especially when compared with the risks involved with the synthetic hormone therapy and pharmaceutical solutions. If you pursue alternative natural therapy for hormone balance and vitality, please consult your primary health care provider before you begin any new health regimen.