We have all been told about the benefits of a healthy diet, but can we say we listen? What if you were told the benefits of cutting out certain foods could very well allow you to live a happier, healthier life?

In July 2012 a co-learner came to the clinic with frequent headaches and an occasional rash. After meeting with one of our doctors, several specific labs were drawn in attempt to get to the root cause of her symptoms. One of the lab tests was the Cytotoxic Food Sensitivity Test. It showed multiple food/food additives that she was sensitive to. The items that were prevalent were high fructose corn syrup, chocolate, milk, and sulfites. With this information the co-learner was able to compile a list of multiple foods she consumed that correlated to her headaches and rashes and remove them from her diet.

The benefits were almost immediate. With the knowledge gained and changes made, she finally felt relief from the nagging symptoms. Along with these benefits she also had less inflammation throughout her body and lost 15 pounds in the process. Wow! 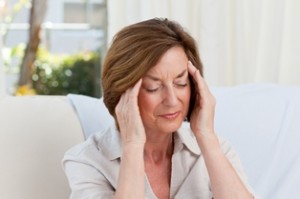 What Does Real Health Mean to Me? – Donna

Posted on November 20, 2018 By: Donna Kramme, CEO of the Riordan Clinic Real Health to me encompasses the body, mind, and spirit, and orchestrating them to work in ...
VIEW BLOG ARTICLE