IVC and Sepsis… a follow-up

Last week we posted about IVC and Sepsis and a phase 1 safety trial on the use of IVC in patients with severe sepsis that has been published in the Journal of Translational Medicine. We would be remiss if we didn’t follow-up that post with information from our 2011 article that asked if intravenous ascorbic acid (vitamin C) could be used to prevent and treat cancer-associated sepsis.

To break down the topic, let’s first look at what sepsis is. Defined on the Mayo’s Clinic’s website, “Sepsis is a potentially life-threatening complication of an infection. 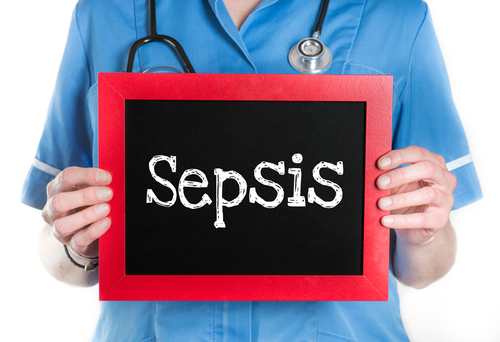 Sepsis occurs when chemicals released into the bloodstream to fight the infection trigger inflammation throughout the body.” This complication can set off a chain of events that can cause multiple organ failure, and can lead to septic shock. Its symptoms, like fever, chills, increased heart rate, disorientation, etc. are often mistaken for other conditions and not correctly diagnosed until quite serious, making the risk of death very real. Some 28-50% of those who get sepsis die. But how common is it? 1-2% of all hospitalizations doesn’t seem like much, but when broken down: 750,000 cases of sepsis each year in the US1 and 30,000 cases of severe sepsis in the UK every year2.

Sepsis is the most common in those with weakened immune systems, elderly persons, infants and children. This puts those with chronic illnesses, like cancer, (the subject of our study) at the top of the list in susceptibility.

Our article proposes the use of ascorbic acid (AA) as an aid to existing forms of treatment and prevention of cancer-associated sepsis. It states, “Patients with advanced cancer are generally deficient in AA. Once these patients develop septic symptoms, a further decrease in ascorbic acid levels occurs. Given the known role of ascorbate in: a) maintaining endothelial and suppression of inflammatory markers; b) protection from sepsis in animal models; and c) direct antineoplastic effects, we propose the use of ascorbate as an adjuvant to existing modalities in the treatment and prevention of cancer-associated sepsis.”

Breaking it down further

Our article acknowledges from a personal perspective that one of the author’s interest in the topic comes from direct experience, having a mother who passed away with leukemia. He realized that the quality of life at end stages can be devastatingly poor and there was a need for supportive steps that increase the quality of life and attempt to restore some level of relief to patients who face the same challenges as his mother. 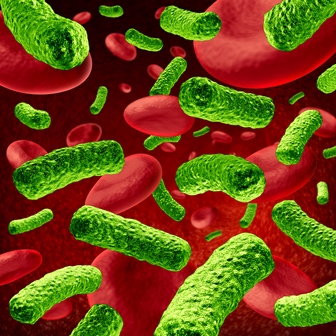 As he sought more information, it became clear to him that the use of vitamin C to treat cancer was controversial. This controversy, the author theorizes, stems from some reports that orally administered vitamin C failed to demonstrate benefit, and the fact that vitamin C is mostly used by “alternative medicine” practitioners.

Armed with a personal interest in the subject and the belief that the opinions shouldn’t be more important than evidence, the authors of the study sought an unexplored area of vitamin C research: the suppression of inflammation in the cancer patient. (Most studies focus on reducing tumor size.)

To read the study in its entirety, you can download it from the NIH website, or you can go to the Riordan Clinic website and check out that journal article, as well as a wealth of other published research.

To bring the article to its conclusion, it states:

AA administered intravenously has a long and controversial history in relation to reducing tumors in patients. This has impeded research into other potential benefits of this therapy in cancer patients such as reduction of inflammation, improvement of quality of life, and reduction of SIRS [ systemic inflammatory response syndrome] initiation and progression to MOF [multi-organ failure]. While ongoing clinical trials of i.v. AA for cancer may or may not meet the bar to grant this modality a place amongst the recognized chemotherapeutic agents, it is critical that we collect as much biological data as possible, given the possibility of this agent to be a wonderful adjuvant therapy.

(Emphasis added.) This conclusion – coupled with the more recent conclusion that IVC is safe, well tolerated and may positively impact the extent of organ failure and inflammation – is not to be considered a victory in the fight to bring IVC to mainstream medicine, but rather, a step in the right direction.

If IVC can be used to treat inflammation on a scale that includes life-threatening conditions like sepsis, won’t the mainstream medical community soon see its benefits for less severe conditions?