In an industrialized society like ours, a wide variety of contaminants are released into the environment every day. The sources of environmental contamination by toxic metals can 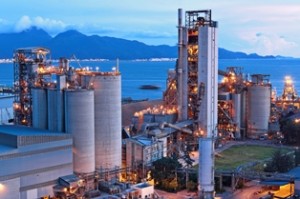 be natural or man-made. Natural contamination may occur from erosion or seepage from metal–rich superficial deposits or volcanic and thermal–spring activity. Human activities play an important part in man-made environmental pollution, including: mining, smelting, and the manufacturing of paper, cement, brick, fossil-fuel combustion, and inorganic fertilizers, among others. Although there are many intoxicating metals, lead, mercury, arsenic, and cadmium seem to be the most common.

The most familiar of these are lead and mercury.Lead toxicity most commonly occurs with prolonged exposure to old houses with lead paint, leaded gasoline, vehicle and machinery exhaust fumes, or by occupational exposure (soldering, welding, battery reclamation). Mercury exposure is the second most common cause of toxic metal poisoning. Mercury toxicity almost always occurs with high-risk occupational exposure, such as those experienced by dental workers and battery/thermometer 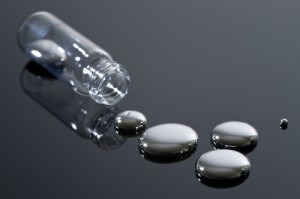 manufacturers. Public health concern over mercury exposure often arises due to contamination of fish with methylmercury and the elemental mercury content of dental amalgams (fillings).

Arsenic and cadmium pose a threat as well. Arsenic poisoning usually occurs from exposure to insecticides, herbicides, rodent poisons, veterinary parasitic medications, and due to the presence of high levels of this metal in water. Cadmium occurs in paint, cigarette smoke (which arises from the cigarette paper and is especially common in second-hand smoke), car exhaust and car tires, solder, and in old galvanized pipes. The exposure to other toxic metals, including cobalt, nickel, and aluminum, is not very common.

Metal-induced toxicity is very well studied. The human body cannot break down heavy metals, which can build up to toxic levels in the body and interfere with normal functioning. Heavy-metal toxicity can cause a wide range of problems including severe injury to the body’s organs, including the brain. For example, lead is known to induce a wide range of 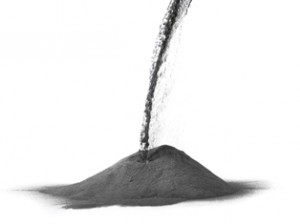 physiological, biochemical and behavioral dysfunction. Lead can be a persistent environmental pollutant and cause pathologies in the central and peripheral nervous systems, hematopoietic system, cardiovascular system, gastrointestinal system and immunological system. Chronic exposure to cadmium results in renal dysfunction, anemia, hepatic dysfunction and even cancer. A number of studies found a correlation between aluminum and Alzheimer’s disease. Chronic lead or aluminum intoxication can be associated with high blood pressure. Mercury salts are very toxic to the kidneys, causing acute tubular necrosis and nephrotic syndrome. Central neuropathy can also occur from mercury salt exposure.

Chelation therapy is a mainstream medical treatment used to treat heavy-metal poisoning. The term “chelation” comes from the Greek word “chele”, which means “claw,” referring to the way the chemical grabs onto metals. Chelation therapy involves the use of chemical compounds injected into the blood stream, muscle, or taken orally to bind metals that are present in toxic concentrations so they can be excreted from the body. As the result of treatment, chelating drugs lower the blood levels of metals such as lead, mercury, or cadmium, by attaching to the heavy metal molecules, which helps the body to remove them through urination. The metal selectivity of the chelating agent is very important because a high concentration of metals in the body, including essential metals, results in high excretion of useful metals. This is the reason that patients are advised to take supplements such as calcium, chromium, copper, iron, magnesium, manganese and zinc after chelation to replenish useful metals that can be depleted during this process.

Along with elimination of toxic metals from the body, chelation therapy has also been promoted as an alternative treatment for many unrelated conditions, such as gangrene, thyroid disorders, multiple sclerosis, muscular dystrophy, psoriasis, diabetes, arthritis, Alzheimer’s disease, and the improvement of memory, sight, hearing and smell.

Effective chelation treatment of metal poisoning requires a lot of study to understand the physical and chemical characteristics of the chelators and toxic metals, effective administration routes and dosages of chelators, level of toxicity, and intra/extra cellular distributions.

The leading chelation agent is a man-made amino acid, EDTA (ethylenediaminetetra-acetic acid), and treatment consists of repeated intravenous infusions of sodium or calcium EDTA. Chelation therapy using EDTA has been approved by the U.S. Food and Drug Administration (FDA) as a treatment for lead poisoning for more than forty years. Calcium EDTA exchanges calcium for lead and other heavy metals. It is approved for the treatment of lead poisoning. Sodium EDTA exchanges sodium for calcium and is approved for hypercalcemia.

Chelation EDTA therapy is most often given into a vein, either as a short injection or over a period of two to four hours via an intravenous infusion. A typical treatment cycle may include twenty injections or infusions spread over ten to twelve weeks. Chelation therapy can also be given by mouth by several chelating antidotes: DMSA (dimercaptosuccinic acid), DMPS (dimercaptoproprane-l-sulfonic acid), and Penicillamine.

The first two chelating agents, DMSA and DMPS, have been most evaluated for the removal of mercury; these antidotes can be administered orally. DMSA increases the urinary excretion of lead, copper, mercury, and, to a lesser degree, zinc. A study with DMPS chelation proved that about two-thirds of the mercury excreted by people with mercury-containing dental amalgams appears to be derived from mercury vapor released earlier from their amalgams. A highly significant positive correlation has been found between the number and size of amalgam fillings and urinary mercury excretion. Developing an effective chelation therapy for cadmium is difficult because cadmium is tightly bound to metallothionein in the liver and kidneys.

Penicillamine has been used to chelate toxic metals including copper as well as lead, mercury and arsenic. It has been approved by the FDA for treatment of Wilson’s disease, cystinosis and rheumatoid arthritis but not for lead poisoning. Nevertheless, a substantial body of experimental and clinical data exists regarding the pharmacology and utility of penicillamine in both adult and childhood lead poisoning. Experience at the Lead Clinic of the Boston Children’s Hospital suggests that Penicillamine increases excretion of lead with a minimal risk to children with blood lead levels greater than 35 micrograms/dl.

Chelation therapy is safe. In Bypassing Bypass, the author declares that six million chelation treatments have been given safely over the last forty years. However, he warns of the seriousness of the possible side effects and advises that prospective patients be given a complete physical examination. Tests should be conducted to rule out hypocalcaemia, kidney impairment, allergic conditions, hypoglycemia, blood-clotting problems, congestive heart failure, liver impairment, and tuberculosis. Potential side effects of Penicillamine include hypersensitivity reactions, particularly in subjects allergic to penicillin.

In addition to synthetic antidotes, several natural substances can be used to remove toxic metals from the body. They include: alpha-lipoic acid, sulfur-bearing amino acids found in garlic and garlic extracts, alginates, pectin, the sulfur amino acids (methionine, cysteine, taurine), N-acetylcysteine and Cilantro.

Lipoic Acid (LA) is an antioxidant, which possesses a powerful potential to quench reactive oxygen species, regenerate glutathione and chelate metals such as iron, copper, mercury and cadmium. Garlic contains methionine and cysteine, two amino acids known to act as chelators for arsenic, lead, mercury and cadmium. Other natural sulfur-bearing components of garlic have the ability to reduce the tissue burden of toxic metals.

N-acetylcysteine (NAC) is the antioxidant that also has metalchelating properties. In addition, treatment by NAC could supply cellular stores of glutathione and it is effective against oxidative stress developed during toxic-metal exposure. Pectin, prepared from citrus peels, apples, and alginate widely distributed in the cell walls of brown algae, is natural absorbents of heavy metals.

It is important to remember that, if you are in good health, your body has its own, very efficient, detoxification system (made up of the kidneys, liver, intestinal tract and skin) which is designed to eliminate these kinds of toxins. The best way to strengthen your body’s immune system, so that it can resist metal toxins, is through diet and the correction of any nutritional deficiencies.

Results of our research study indicate that accumulation of toxic metals in the body is most severe when other essential minerals are deficient. The toxic effects of these metals may be mitigated by enhancing the nutritionally essential metals. Dietary deficiencies of calcium, iron, and zinc enhance the effects of lead on cognitive and behavioral development. Iron and zinc deficiencies are associated with increased gastrointestinal toxic metal absorption.

Dietary habits have an important influence on susceptibility to chemical toxicity, mostly because adequate nutrition is essential for the functioning of the body’s chemical defense system in maintaining good health. Adequate intake of essential metals and proteins, especially the sulphurcontaining amino acids, is necessary for the biosynthesis of various detoxificating enzymes. Lipids, especially phospholipids are necessary for the synthesis of biological membranes. Carbohydrates provide the energy required for various detoxification processes. Selenium, glutathione, and vitamins have an important role as antioxidants (e.g., in controlling lipid peroxidation and maintaining integrity of cellular membranes) and freeradical scavengers for protection against toxic chemicals. 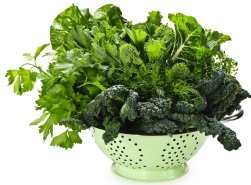 To detoxify your body, eat more vegetables (especially dark green, leafy vegetables) that contain the greatest amounts of antioxidants. Include foods such as garlic, onions, beans, fresh fruits and juices in your diet. These will begin to help cleanse metals from your system. A water-soluble fiber supplement will help cleanse your colon, for swifter elimination of the metals. Also, begin taking a good, high-potency multivitamin/mineral capsule. The nutrients that are known to help eliminate toxic metals in the system are selenium, calcium, magnesium, zinc, iron, copper, chromium, B-complex vitamins, vitamin C, vitamin E and vitamin A. Drink 8 to 10 glasses of pure water each day and make sure you get enough rest. The nutrient quality of your diet is a significant factor in modifying the response to toxic-element exposure.

At Riordan Clinic, we perform diagnostic testing to detect the presence of heavy metals in your body. Based on the results, our physicians are able to design a plan that may include extended specialized testing, chelation and dietary recommendations to decrease the toxic burden of these substances on your body. Additional testing is done after the treatments to confirm that the intoxication has been reduced.

If you believe heavy metal intoxication could be the root-cause of your chronic health issues, call 316-682-3100 to schedule an evaluation today.