It is cold and flu season again and one in three of us will suffer a bout with these dreaded bugs! As an alternative to a trip to the local drug store, I would like to introduce two natural immunity superstars from the Orient that have been successfully used for centuries in Chinese and Indian medicine to boost natural immunity. And one tried and true Western herb.

The first is the small shrub, Andrographis Paniculata. This plant has a long history of use throughout Asia and is abundant in China and India. This branched erect annual plant belongs to the Acanthaceae family of the Andrographis genus, and its leaves and flowers have been used in herbal medicine for years. It has been believed that Andrographis may offer health benefits in relief of symptoms of the common cold, immune function, cancer, and infections. Andrographolide, the major constituent of the extract is implicated toward its health claims or benefits. The plant is also known under the names King of Bitters, Ganhelian, Kiryat, and Fah Tolai. 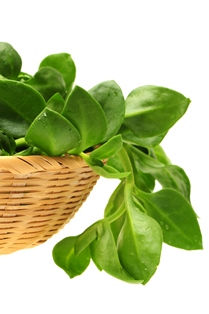 Andrographis is described in ancient and modern Chinese and Indian medicinal literature as a mighty herbal remedy against numerous diseases and proven effective in the relief of upper respiratory infections, fever, and sore throat. The inhabitants of Scandinavian countries treat common cold and flu with the help of this herb. In Sweden, where life expectancy is on average greater than almost anywhere in the world, you are more likely to be given Andrographis than Echinacea for herbal immune support.

There have been adverse side effects reported following ingestion of Andrographis Paniculata, but were generally mild and infrequent. One in four users reported side effects such as gastric upset, headache, bitter taste, and fatigue. Since it has effects on the liver, high doses of Andrographis Paniculata extracts may affect liver functions; to avoid this potential side effect, have liver function tests periodically for long-term uses. 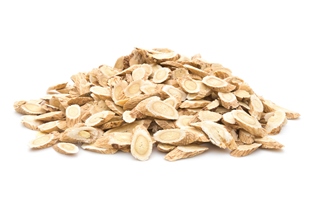 The second herb featured for its immunity strengthening agents is Astragalus, a more commonly known and widely used herb. Is also called huang qi or milk vetch and comes from a bean like legume. While there are multiple species of Astragalus, most Astragalus supplements contain Astragalus Membranaceus. Astragalus appears to work by stimulating the immune system, acting as a powerful antioxidant that inhibits free radical production. When used as directed it appears to be very safe and to have few side effects. Very high doses may suppress the immune system, therefore, if you suffer from an immune system disease such as multiple sclerosis, lupus, rheumatoid arthritis or any other “autoimmune disease,” or are pregnant or nursing, you should not use Astragalus root.

Perhaps something a bit more mainstream would be an easier way to launch your immunityboosting quest. Daily vitamins that contribute to boosting immunity include vitamin C and vitamin A, both proven to assist in the prevention of deficiencies associated with impaired immunity. Zinc also boosts immunity and can be naturally found in pumpkin seeds, oysters, and lean beef. Vitamins B6 and B12 work in conjunction with other vitamins and minerals to support the protective activity of the immune system. Please take only the recommended daily dosages, as MEGA dosing on vitamins is not advised, unless under doctor supervision. 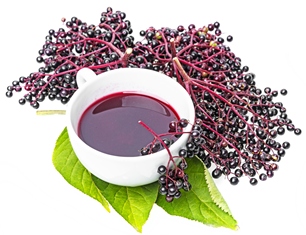 Finally, boost your immunity by enjoying Elderberry Tea. Simply brew 2 TBS dried Elderberry with 1¼-cup boiling water for 10 minutes, strain, and drink 3 cups daily until your flu symptoms subside. Please be cautioned, raw elderberries, as well as other parts of the elder tree, are poisonous as they contain a chemical that produces cyanide. Ingested raw, they can cause nausea and vomiting and at high doses, more serious effects. People who have an allergy to elder pollen might react to elderberry supplements. If you have diabetes, multiple sclerosis, lupus, or rheumatoid arthritis, talk to your doctor before taking elderberry.

Most herbs and supplements, including the superstars described above, are readily available at leading health stores. Simply follow the suggested dosage and as always consult with your primary care physician before taking any natural supplements for medical use.