As winter is upon us, the days are getting shorter and our time outdoors will soon become limited as we head into the dark seasons with only an optimal reserve of vitamin D. As Dr. Ron wrote in his October article, less time outdoors and less sun exposure can quickly deplete vitamin D reserves thus requiring supplementation. 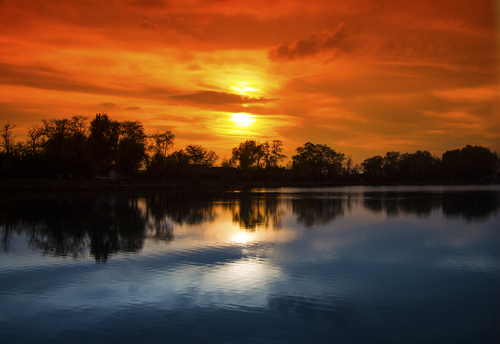 During the winter months with less sun exposure, our bodies can be pushed into a “hibernation state.” This can ultimately affect many things but most importantly can play a huge role in metabolism, sleep cycles and mood disorders.

With lower levels of vitamin D our metabolisms slow down, which can affect sleep patterns during the day that alter our night time sleep patterns. This in turn can affect neurotransmitters that affect our overall moods. Simple increased vitamin D supplementation during the winter months, during times of limited available sun exposure, illness or other vitamin D depleting periods, can help to keep your D levels in appropriate ranges to prevent the state of “hibernation” or “winter blahs.”

How much vitamin D you need varies by many factors: age, body weight, percent of body fat, where you live, skin coloration, season of the year, use of sunblock, occupation, individual variation in sun exposure, as well as the status of your immune system. After 20–30 minutes of sun exposure (without sun block), our bodies produce 10,000 IU of vitamin D. During the winter months most people do not average 15 minutes of sun exposure per day.

Many factors can alter vitamin D levels but supplementation is shown in many cases to be beneficial. For example, take one of our patients that was newly post partum during the winter months. Not only was she likely vitamin D deficient from lack of sun exposure, but with a newborn she was quickly exposed to altered sleeping patterns, supporting her own and her baby’s immune systems, and susceptible to postpartum depression.

By quickly noticing her inability to control and adapt to ALL of the above changes, she consulted with a Riordan Clinic doctor. Vitamin D and K2 supplementation were recommended. Within just a week, her sleep had improved, her moods had stabilized, which prevented her from experiencing postpartum depression and even her metabolism was altered allowing her milk production to increase to the supply being demanded by her breast-fed newborn baby.

Sometimes the simplest fixes can make a world of change for more than just one person.

Vitamins D3 and K2 are both available in our online store and a new D3/K2 combo will be available in December.<

What Does Real Health Mean to Me? – Donna

Posted on November 20, 2018 By: Donna Kramme, CEO of the Riordan Clinic Real Health to me encompasses the body, mind, and spirit, and orchestrating them to work in ...
VIEW BLOG ARTICLE