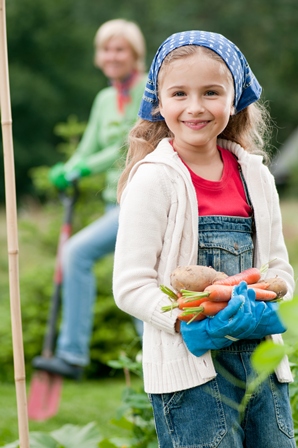 I have always had immense respect for the human body and how intelligently the mechanisms collaborate to produce life. Every organ, every tissue and every cell work together for one purpose; if any of these parts are lacking or missing, then the purpose of the body will struggle, and the life of which it is trying to produce will decline. This decline will manifest as what we have termed “symptoms,” “disease,” or just an overwhelming uncomfortable sensation within our minds and our bodies. While we are all outwardly fighting to survive in this toxic yet breathtaking world, unbeknownst to many, we are inwardly fighting as well. Our bodies are like a world of their own; they are analogous to the earth. We are to the earth as our cells are to our body. As we treat the earth poorly, we become cancerous to the earth, and as we become cancerous to the earth, our cells become cancerous to our bodies. We all understand how lives in other biological Kingdoms rely heavily on nature and natural law. The first thing we do when our plants are not growing well is test the soil. If the soil is not right, of course the plant will not grow. We do not give drugs to our soil but rather “fertilizer” to increase the fertility of the 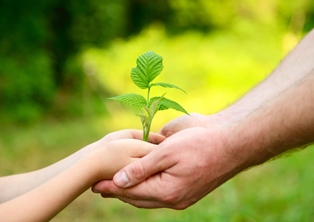 terrain. Why do humans think that we are different than the rest of nature? Why does modern medicine focus on drugs to suppress symptoms or inhibit physiology instead of encouraging the body’s highly intelligent capability to heal itself? This ability of our bodies to heal itself and fight foreign invaders is termed immunity, and the army within our bodies is our immune system. Like any soldier, when he is properly fed, trained, rested, and nurtured, his work production is of high standards. Same goes for our immune system, when the terrain of our bodies is properly “fertilized” our immune system will create inflammation at optimal levels.

Inflammation is the body’s immune response to foreign invaders such as pathogenic microbes, synthetic chemicals, physical impact or burns. Classic signs of acute inflammation include redness, swelling, pain, fever and loss of appetite. Our sensor cells detect an invader, then a host of biochemical reactions take place. Histamine is released, causing blood vessels to expand. Interleukins begin to circulate and act as messengers for killer white cells that are summoned to take action. The most important are macrophages, which means “big eaters.” They basically engulf foreign proteins and pathogens and their waste products. Macrophage cells release a biochemical agent known as tumor necrosis factor alpha (TNF-alpha) to produce fever and loss of appetite. (The fever serves a purpose as most invaders cannot survive at the high temperatures created by the fever.) Nitric oxide is sometimes released to increase blood flow, while clotting materials may sometimes be released to slow blood flow and clot a wound. When there is a surplus of white blood cells in an area, pus is formed. All these immune reactions are meant to protect our tissues and restore the body to homeostasis or functional balance. These events are great for acute situations. When the body recovers, inflammation ends and all is well. But what if these biochemical events don’t stop and the inflammatory process continues unabated? Instead of discovering the underlying cause, what if we let modern medicine continue to suppress these very important mechanisms of survival in our body? Imagine the repercussions of this suppression.

This suppression idea probably began when the pharmaceutical industry really took off— sometime after the invention of vaccines and antibiotics. These inventions were a result of 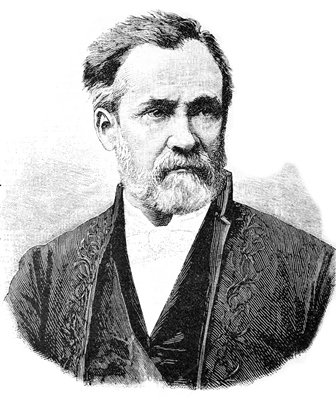 Louis Pasteur’s work. Pasteur was the scientist who is accredited for discovering the “germ theory”—the idea that microorganisms spread and cause disease. Please note that Pasteur was a microbiologist, not an expert on anatomy or physiology, yet his germ theory became “truth.” Born through this “truth” was the idea of “killing” disease. Many scientists disagreed with Pasteur. One by the name of Bernard argued that it was actually the terrain of the body which permitted disease or allowed infection to take root.** This brings me back to my analogy of “fertilizing our gardens.” Should we give our garden drugs or should we fertilize it to prevent disease and enhance life? Pasteur’s research led to the discovery that injecting a weakened microbe into the body can create immunity with very few symptoms of the disease itself. I began to wonder how Pasteur weakened the germ before injecting it as a “vaccine.” The literature states he did so by “drying it out” and treating it with oxygen. I searched through as much literature as I could to see how Pasteur “dried out” these viruses but history states he would not give his secret away, though some believe it was dried out and exposed to oxygen through the use of UV light in the beginning and later using potassium dichromate. Regardless, he utilized oxygen therapy because historically it has been known to be germicidal. There are currently many different kinds of oxygen therapies, including the following: pure oxygen, hyperbaric oxygen therapy, ozone therapy, hydrogen peroxide therapy, and therapies using ultraviolet light including ultraviolet blood irradiation.

When talking about UV light, there are UVA, UVB, and UVC rays. The human body needs all of these rays, but like anything, if there is an excess or deficiency, “dis-ease” may manifest. UVB rays have the most harmful effects on humans if exposed in excess and are responsible for creating the ‘burn.’ Because our ozone layer is being depleted due to the oxygen levels decreasing in our atmosphere, the UVB light is able to penetrate the earth more strongly. Most sunscreens just block UVB rays. What happens if you block the rays that give you the signal to “get out of the sun and seek shelter?” Of course, you stay baking in the sun longer than you ever should have because you suppressed your body’s ability to talk to you, aka symptom suppression. You exposed yourself in excess to UVA and UVC but feel safe because you did not ‘burn.’ This is a completely false sense of safety. 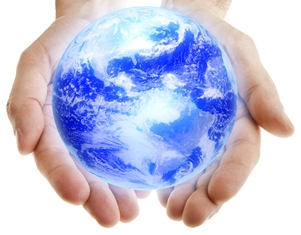 UV light has been known for decades to act as a cleansing agent for the earth, having sterilizing effects on many microbes. “Almost all bacteria may be killed or attenuated by ultraviolet rays, but there is considerable variation in the rapidity of their destruction. Those which live in the body are most easily affected, while those in nature adapt to the action of sunlight and become relatively resistant to irradiation…Bacterial toxins have [also] been found to be very unstable in the presence of UV irradiation (Diphtheria, tetanus, and snake venom are inactivated by ultraviolet rays.)”**

The use of UV light to treat bloodstream infections began in the early 20th Century. By the 1940s many American hospitals utilized UV blood irradiation, reporting it as having high efficacy for infection and affirming its complete safety. However, with the emergence of antibiotic therapy, the reports suddenly ceased.** There are numerous studies and case reports that demonstrate germicidal effects of UV light on the blood. Seattle Children’s Research Institute performed a study and deemed, “Vaccination using UV-irradiated genetically attenuate Staphylococcus aureus induces humoral immunity and provides a vaccine strategy for pathogens that fail to induce protective immunity.”*

The exact germicidal mechanism of UVA and UVC light is not fully understood. I truly believe it is because there is not one linear mechanism that is occurring but rather a very complex sequence of events that is extremely difficult for the human mind to map and understand. However, scientists have shown evidence that UV light acts as a direct germicidal and toxin inactivator, tones the autonomic system, increases peripheral vasodilation and oxygen delivery to the tissues, induces cytokines and interferons which stimulate the immune system, and upregulates the antioxidant enzyme systems of the body—catalase, superoxide dismutase and glutathione peroxidase. Therefore, UV blood irradiation therapy may be providing an inactivation of bacteria, a more resistant terrain, improved circulation, and alkalization. The literature states that the treatment with UV light has a cumulative effect over the course of a few treatments. The hemoglobin in our blood readily absorbs the UV photons and will gradually release them over time, continuing to stimulate the body’s physiology.** 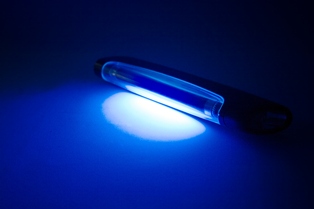 The Riordan Clinic utilizes Ultraviolet Blood Irraditation (UBI) as a therapy in the clinic. Speak to your Clinic doctor to find out if this treatment is right for you. (Click to find out more!)

This simple, inexpensive, and nonspecific technique was clearly shown years ago to be a totally safe and extremely effective method of treating and curing infections, promoting oxygenation and vasodilation, improving asthma, enhancing body physiology and circulation and treating a variety of specific diseases. This UV treatment focuses on creating an environment where microbes cannot survive and can significantly reduce mortality, morbidity and human suffering. Maybe Bernard was right when he argued with Pasteur. Maybe these microbes are not the root of the disease but rather it is the host who creates the environment that encourages the infection to manifest. This thought brings me back to my introduction of keeping our bodies properly “fertilized”—if we support our natural processes, the body will grow and create life as it was intended. In a way, we are no different than the plants we grow. Those same plants that need proper soil to keep and hold their nutritional value are what feed our bodies and minds so they can grow and live out their purpose as well.

Posted on July 23, 2018 July 10, 2018 Dear Co-learner: I would like to inform you that Dr. Jennifer Mead, ND has resigned her position at the Riordan Clinic ...
VIEW BLOG ARTICLE

A Natural Approach for Infertility

Posted on January 4, 2017 Jennifer Mead, ND If you have been trying, or are thinking about starting a family, then I am sure you are concerned about your ...
VIEW BLOG ARTICLE