The Development of the First Vaccine

The word vaccine may bring to one’s mind the notion of “protection from disease’” and rightfully so, as some death causing diseases have been eradicated and others prevented, and the ambitious prospects of vaccines targeting cancer and AIDS inspire hope for a disease-free world. Currently vaccines exist for multiple diseases and the development of new vaccines, while a long process requiring testing and validation, is very straightforward once the target pathogen is isolated and characterized. But just a few centuries ago this was not the case.

How does immunity work?

The process through which our immune system distinguishes pathogens starts with the “recognition” step. Every cell in our body has receptors on its surface. Bacteria and microbes have receptors as well; these “tags” are the elements that specialized cells in our immune system recognize as foreign. The immune system then creates antibodies, a process which takes about a week on average, which neutralizes the antigen. These antibodies are specific to the antigen in question and remain in the body for the individual’s life. That is why once vaccination occurs, or a person experiences the disease, he or she will most likely never experience it again. A common misconception is that some of the diseases we are vaccinated against are nonexistent in the modern world. However, it is possible that we would become exposed to them during our lifetime, but never experience the full blown symptoms due to our immune system’s “memory,” in the form of antibodies, that combat the pathogen very early into its infection. 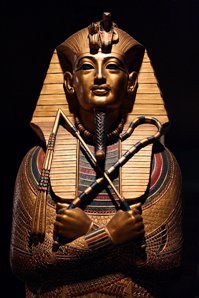 The history of vaccination begins with the history of smallpox, a disease that plagued mankind since 10,000 BC. Lesions, resembling those characteristic to this disease have been found on the faces of mummies from the 18th and 20th Egyptian dynasties (1570–1085 BC). As trading was a very necessary part of the life of ancient people, smallpox spread, with cases being reported as early at 1122 BC in China and described in ancient Sanskrit texts of India.

In Europe, smallpox was a frequent epidemic between the 5th and 7th centuries affecting a great number of the population and halting development. Coincidentally the first stages of the decline of the Roman Empire occurred during a large scale epidemic—which killed 7 million people. Smallpox was introduced to North America with the conquest of this territory by the Spanish and the Portuguese. This disease spread rapidly playing a role in the demise of the Aztecs and Incas. All levels of society were affected in some degree—in 11th century Europe—400,000 died annually, and one third of survivors were blinded by the disease.

The disease was characterized by “speckled” skin lesions that left extensive scarring with a high fatality rate of 20–60%. Those who survived the disease had disfiguring scars and risked losing their sight. The fatality rate was greatest in children—reaching 80–98%.
Some names for the disease were variola (first introduced by Bishop Marius of Avenches) derived from the Latin word meaning stained; or “small pockets”—a term used to distinguish this disease from syphilis—considered the “great pocket” in 18th century England.

The eradication of small pox started with a few medical observations, for example, it was common knowledge that those surviving the disease became immune to it. A variety of herbal remedies were also used and survivors were called upon to nurse those who were sick.

Inoculation (or variolation) was the next step. This was a process which involved grafting liquid from the lesions of an infected person (with a lancet) and subcutaneous introduction of that material into a healthy individual. This method was successful, but carried the risk of developing into a fully blown infection or resulting in the transmission of other diseases such as syphilis, through the transmission of blood matter. Variolation first became a practice in Africa, India and China. It was later introduced to Europe with the arrival of travelers from Istanbul, such as Emmanue Timoni and Giacomo Pilarino, both of whom sent word to the Royal Society of London describing the techniques they had witnessed in Istanbul. However, governing medical authorities remained skeptical.

Lady Mary Worley Montague was ultimately the person responsible for the advocacy of variolation methods in England. After suffering the devastating disease herself, she ordered an embassy surgeon to perform the procedure on her 5-year-old son, and later in the presence of the royal court, on her 4-year-old daughter. A medical trial of sorts followed; 6 prisoners in New Gate were inoculated on August 9, 1721. All 6 survived, became immune to the disease, and were granted amnesty for their participation. The experiment was then repeated successfully on orphaned children, and used to treat the Prince of Wales’ two daughters.

Despite a 2–3% fatality rate associated with infection during the inoculation procedure itself, inoculation spread and became popular among all income levels. Variolation also became a practice in the new world, despite the unwelcoming reaction with which it was initially received. Two pioneers of this method were Reverend Cotton Mather and Doctor Zabdiel Boylston – they were the first ones to use statistics to show a mortality rate of only 2% of those infected by variolation as compared to 15% in those who contracted the disease naturally, during the 1721 Boston epidemic. 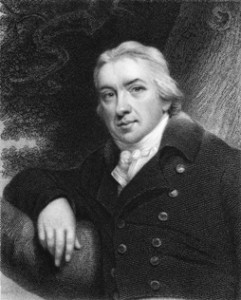 In 1757, Edward Jenner, an 8-year-old boy with a curiosity for medicine, was inoculated as well. He developed a mild case of small pox and became immune. His curiosity led him to become an apprentice in the apothecary of a surgeon; there he heard a milk maid say, “I shall never have smallpox for I have had cowpox. I shall never have an ugly pockmarked face.” Jenner went on to acquire more medical knowledge, becoming a very well respected surgeon and biologist. Although his medical career took him onto numerous paths of medical marvel and discovery, Jenner never forgot the tales of milkmaids protected from smallpox. Jenner concluded that cowpox not only protected one from smallpox, but could also be transmitted from one person to another, as a deliberate method of protection.

In 1796, Jenner found a milkmaid with “fresh” cowpox lesions; he used the liquid from those lesions to inoculate an 8-year-old boy. The boy developed mild fever, but quickly recovered 10 days after the procedure. Afterwards, Jenner inoculated the same boy with smallpox material, the boy did not develop any disease—thus Jenner concluded that protection was now complete. He tried to publish his findings, and coined the term as Vaccination (from the word vacca—Latin for cow).

Ultimately Jenner’s persistence made vaccination popular; he made no attempts to enrich himself through his discovery. Variolation was prohibited in England in 1840.
Jenner spent his scientific career either being ridiculed or rewarded for his discoveries. At home in his “Temple of Vaccinia” (a large one-room hut in the garden), he would vaccinate the poor for free. Jenner died in 1823 from a stroke, following his wife, daughter and son, whom all died from tuberculosis. 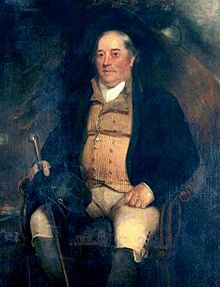 While Jenner’s efforts in bringing vaccination to the attention of the public deserves a great deal of credit, one cannot forget Benjamin Jetsy, whom in 1744, determined to protect his family, used a cowpox infected lancet to transfer the material to his wife and two boys. They remained immune despite repeated exposure to smallpox.

The eradication of smallpox was accomplished in 1977, following a campaign under The World Health Organization. Ultimately, it is important to gauge the accomplishments of Jenner, given the fact that the scientists of that era did not have a complete understanding of the human immune system, viruses or bacteria. Therefore, it is safe to say that curiosity, keen observation, and relentless perseverance—all such impressive human qualities, made the development of the first vaccine possible, long before the mechanisms involved in its effectiveness were understood.