Confessions of a Frustrated Pharmacist

(OMNS, Jan 30, 2012) When an insider breaks ranks with pharmaceutical orthodoxy, it is time to take notice. “Whistleblower” may be an overused term, but the article that follows might be well worth readers’ consideration before standing in line for their next prescription refill. – Andrew W. Saul, OMNS Editor 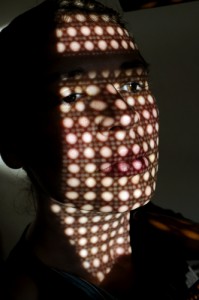 I’m a registered pharmacist. I am having a difficult time with my job. I sell people drugs that are supposed to correct their various health complaints. Some medicines work like they’re supposed to, but many don’t. Some categories of drugs work better than others. My concern is that the outcomes of treatment I observe are so unpredictable that I would often call the entire treatment a failure in too many situations.

In 1993, I graduated with a BS in Pharmaceutical Sciences from University of New Mexico. I became pharmacy manager for a small independent neighborhood drug store. Starting in the year 2000, nutrition became an integral part of our business. The anecdotal feedback from the customers who started vitamin regimens was phenomenal. That same year, my PharmD clinical rotations began with my propensity for nutritional alternatives firmly in place in my mind. On the second day of my adult medicine rotation, my preceptor at a nearby hospital informed me that he had every intention of beating this vitamin stuff out of me. I informed him that probably wouldn’t happen. Three weeks later I was terminated from my rotations. The preceptor told my supervisor at UNM that there were acute intellectual differences that couldn’t be accommodated in their program. What had I done? I was pressuring my preceptor to read an article written by an MD at a hospital in Washington state that showed if a person comes into the emergency room with a yet to be diagnosed problem and is given a 3,000-4,000 mg bolus of vitamin C, that person’s chance of dying over the next ten days in ICU dropped by 57%!

One would think that someone who is an active part of the emergency room staff might find that an interesting statistic. His solution to my attempting to force him to read that article was having me removed from the program.

The traditional role of the pharmacist in mainstream medicine is subordinate to the doctor. The doctor is responsible for most of the information that is received from and given to the patient. The pharmacist’s responsibility is to reinforce the doctor’s directions. The doctor and the pharmacist both want to have a positive treatment outcome, but there is a legally defined ‘standard of care’ looking over their shoulder.

The training that I received to become a PharmD motivated me to become more interested in these treatment outcomes. After refilling a patient’s prescriptions a few times, it becomes obvious that the expected positive outcomes often simply don’t happen. It’s easy to take the low road and blame it on “poor compliance by the patient.” I’m sure this can explain some treatment failure outcomes, but not all. Many (indeed most) drugs such as blood pressure regulators can require several adjustments of dose or combination with alternative medicines before a positive outcome is obtained.

One drug misadventure is turning drugs that were originally designed for a rare (0.3% of the population) condition called Zollinger-Ellison syndrome into big pharma’s treatment for occasional indigestion. These drugs are called proton-pump inhibitors (PPI). After prolonged exposure to PPIs, the body’s true issues of achlorhydria start to surface.

These drugs are likely to cause magnesium deficiency, among other problems. Even the FDA thinks their long-term use is unwise.

The original instructions for these drugs were for a maximum use of six weeks . . . until somebody in marketing figured out people could be on the drugs for years. Drug usage gets even more complicated when you understand excessive use of antibiotics could be the cause of the initial indigestion complaints. What you get from inserting proton pump inhibitors into this situation is a gastrointestinal nightmare. A better course of medicine in this type of case might well be a bottle of probiotic supplements (or yogurt) and a few quarts of aloe-vera juice.

Many doctors are recognizing there are problems with overusing PPI’s, but many still don’t get it. An example of this is my school in NM had a lot of students going onto a nearby-impoverished area for rotations. They have blue laws in this area with no alcohol sales on Sunday. The students saw the pattern of the patients going into the clinics on Monday after abusing solvents, even gasoline vapors, and having the doctors put them on omeprazole (eg. Prilosec), long term, because their stomachs are upset. This is medicine in the real world.

Mainstream medicine and pharmacy instill into their practitioners from the beginning to be careful about where you get your information. Medical journals boast of their peer review process. When you discuss with other health professionals, invariably they will ask from which medical journal did you get your information. I actually took an elective course in pharmacy on how to evaluate a particular article for its truthfulness. The class was structured on a backbone of caution about making sure, as one read an article, that we understand that real truthfulness only comes from a few approved sources.

I was never comfortable with this concept. Once you realized that many of these “truthfulness bastions” actually have a hidden agenda, the whole premise of this course became suspect. One of my preceptors for my doctoral program insisted that I become familiar with a particular medical journal. If I did, she said, I would be on my way to understanding the “big picture.” When I expressed being a little skeptical of this journal, the teacher told me I could trust it as the journal was non-profit, and there were no editorial strings attached.

Weirdly enough, what had started our exchange over credibility was a warm can of a diet soft drink on the teacher’s desk. She drank the stuff all day. I was kidding around with her, and asked her if she had seen some controversial articles about the dangers of consuming quantities of aspartame. She scoffed at my conspiracy-theory laden point of view and I thought the subject was closed. The beginning of the next day, the teacher gave me an assignment: to hustle over to the medical library and make sure I read a paper she assured me would set me straight about my aspartame suspicions, while simultaneously demonstrating the value of getting my information from a nonprofit medical journal. It turned out that the article she wanted me to read, in the “nonprofit medical journal,” was funded in its entirety by the Drug Manufacturers Association.

As I read the literature, I discovered that there is very decided barrier between two blocks of information: substances that can be patented vs. those substances that can’t be. The can-be-patented group gets a professional discussion in eye-pleasing, four-color-print, art-like magazines. This attention to aesthetics tricks some people into interpreting, from the flashy presentation method, that the information is intrinsically truthful.

The world’s drug manufacturers do an incredibly good job using all kinds of media penetration to get the word out about their products. The drug industry’s audience used to be confined to readers of medical journals and trade publications. Then, in 1997, direct-to-consumer marketing was made legal.

Personally, I don’t think this kind of presentation should be allowed. I have doctor friends that say they frequently have patients that self-diagnose from TV commercials and demand the doctor write them a prescription for the advertised product. The patients then threaten the doctor, if s/he refuses their request, that they will change doctors to get the medication. One of my doctor friends says he feels like a trained seal.

A vitamin article usually doesn’t get the same glossy presentation. Frequently, questionable vitamin research will be published and get blown out of proportion. A prime example of this was the clamor in the press in 2008 that vitamin E somehow caused lung cancer.

I studied this 2008 experiment and found glaring errors in its execution. These errors were so obvious that the experiment shouldn’t have gotten any attention, yet this article ended up virtually everywhere. Anti-vitamin spin requires this kind of research to be widely disseminated to show how “ineffectual” and even “dangerous” vitamins are. I tracked down one of the article’s original authors and questioned him about the failure to define what kind of vitamin E had been studied. A simple literature hunt shows considerable difference between natural and synthetic vitamin E. This is an important distinction because most of the negative articles and subsequent treatment failures have used the synthetic form for the experiment, often because it is cheap. Natural vitamin E with mixed tocopherols and tocotrienols costs two or three times more than the synthetic form.

Before I even got the question out of my mouth, the researcher started up, “I know, I know what you’re going to say.” He ended up admitting that they hadn’t even considered the vitamin E type when they did the experiment. This failure to define the vitamin E type made it impossible to draw a meaningful conclusion. I asked the researcher if he realized how much damage this highly quoted article had done to vitamin credibility. If there has been anything like a retraction, I have yet to see it.

Illness is Not Caused by Drug Deficiency

If you’ve made it this far in reading this article you have discerned that I’m sympathetic to vitamin arguments. I think most diseases are some form of malnutrition. Taking the position that nutrition is the foundation to disease doesn’t make medicine any simpler. You still have to figure out who has what and why. There are many disease states that are difficult to pin down using the “pharmaceutical solution to disease.” A drug solution is a nice idea, in theory. It makes the assumption that the cause of a disease is so well understood that a man-made chemical commonly called ‘medicine’ is administered, very efficiently solving the health problem. The reality though, is medicine doesn’t understand most health problems very well. A person with a heart rhythm disturbance is not low on digoxin. A child who is diagnosed with ADHD does not act that way because the child is low on Ritalin. By the same logic, a person with type II diabetes doesn’t have a deficit of metformin. The flaw of medicine is the concept of managing (but not curing) a particular disease state. I’m hard pressed to name any disease state that mainstream medicine is in control of.

Source:
This article was written by the Orthomolecular Medicine News Service. You can subscribe to their content here.