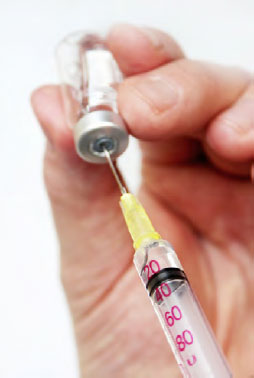 Should you get a flu shot? This topic is constantly debated. What are the side effects? Does it really work? Although this seasonal vaccine is used annually in the United States and many other countries, many people do not have enough information about it to decide whether or not they should receive it. The purpose of this article is to present the most current and accurate scientific knowledge about the seasonal flu vaccine. For more information about the flu vaccine, go to www.mercola.com for details and references.

FACT. The flu vaccine is reformulated annually, based on the strains of Type A and Type B influenza viruses identified in Asia in the months of January and February of each year. Frequently, the annual vaccine used in the U.S. does not contain the viruses responsible for that years’ flu, and thus is totally ineffective. 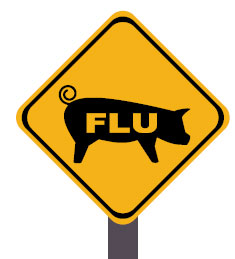 FACT. This years’ flu vaccine will contain the Swine flu virus, H1N1, in addition to a combination of three Type A and Type B viruses. The U.S. Centers for Disease Control and Prevention (CDC) is recommending its use for everyone six months of age or older. Last year, 2010, the H1N1 vaccine was not recommended for anyone over 65 years, because it was stated that they were a low risk group and did not need it. This year’s vaccine contains a 400% increase of the “inactivated” H1N1 virus. To date, no safety evaluation or effectiveness studies have been published. The safety for use prior to conception and during pregnancy is not known.

FACT. Side effects of the H1N1 vaccine include Guillain-Barre Syndrome (GBS), known since 1976 when the first H1N1 vaccine was used. GBS is characterized as an ascending paralysis beginning in the legs and ascending upwards. It carries a 5% mortality rate. Other troublesome side-effects include thrombocytopenia (low platelets) which interferes with initiation of blood clotting, and Bell’s Palsy, a form of facial paralysis. While infrequent, when any of these three sideeffects occurs following H1N1 vaccination, it is considered a cause and effect relationship. 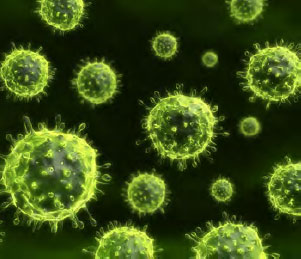 FACT. There is increasing evidence that individually or in combination, mercury, aluminum and formaldehyde are contributing factors in the genesis of Alzheimer’s Disease.

FACT. “Significant influenza vaccine effectiveness could not be demonstrated for any season, age or setting examined.” (Archives of Pediatric and Adolescent Medicine, Oct. 2008).

FACT. Influenza vaccine was not associated with reduced risk of pneumonia in older people. (Lancet, 2008). The Lancet study echoed the results of an earlier study published in the New England Journal of Medicine.

FACT. No decrease in deaths from influenza and pneumonia in the elderly occurred despite an increase in vaccine administration from 15% in 1980 to 65% in 2010. (American Journal of Respiratory and Critical Care Medicine).

FACT. 70% of doctors, and 62% of health care workers do NOT get the yearly flu shot. 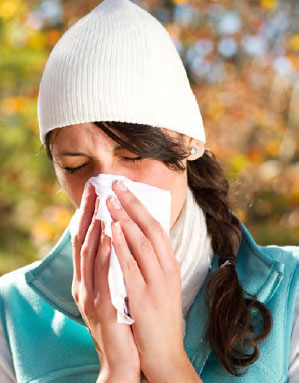 FACT. In past years, it was thought that administering the flu vaccine as widely as possible would offer considerable protection to those not receiving the vaccine because of diminished exposures to flu. This is known as “herd protection”. It is now known that the flu vaccine does not prevent those who have been vaccinated from carrying the virus in their nasal passages, thereby eliminating any herd protection.

FACT. Some authorities now believe that seasonal flu is a manifestation of vitamin D3 deficiency. A study published last year showed that children taking vitamin D3 were 58% less likely to catch influenza, and that vitamin D3 was more effective in preventing flu than was flu vaccine. The American Academy of Pediatrics now recommends that women who are planning to become or are pregnant take 4000 IU’s of vitamin D3 daily.

FACT. The composition of flu vaccines, and other vaccines, is greatly influenced by a WHO committee known as the Pandemic Advisors. This past year it became known that a least five of the committee members have financial ties to vaccine manufacturers.

At the Riordan Clinic we believe that to be true co-learners on the journey to better health, our patients need to be informed, not only about chronic illness and their health, but also about traditional treatment. In the end, it is your body and your decision when it comes to choosing treatment. These are just the facts; you decide.

Posted on April 29, 2022 Author: Dustin Moffitt, ND Case Study: A 56-year-old male presents to the office for a second opinion. He has had debilitating pain in ...
VIEW BLOG ARTICLE